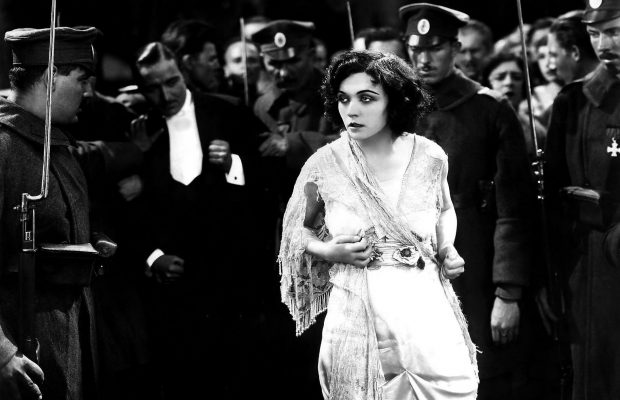 1st Season – 5th Program
at the

A fanciful and mildly satirical portrayal of an imaginative caleche driver in Quebec City who lives the moments of history which he vividly describes to his disinterested passengers.

In this episode in the life of Magoo, the old gentleman decides to visit his doctor for a medical examination, but instead walks into a radio and television shop.  Various embarrassing experiences follow, although ourhero of course remains placidly unaware that there is anything out of the ordinary in his behaviour.

This is another in the series of compilation films made by Warner Brothers from their early successes, and includes short sequences from Sinner’s Holiday (1930) directed by John Adolfi, with James Cagney and Joan Blondell; 20,000 Year in Sing Sing (1933) directed by Michael Curtiz, with Spencer Tracy, Bette Davis and Louis Calhern; Five Star Final (1931) directed by Mervyn LeRoy, with Edward G. Robinson, H.B. Warner and Marian Marsh; Night Nurse (1931) directed by William Wellman, with Barbara Stanwyck and Clark Gable; and Svengali directed by Archie Mayo in 1931 with John Barrymore and Marian Marsh.  This entertaining and valuable short gives tantalising glimpses of the beginnings of the hard-hitting, toughly realistic school of the 1930’s.

Reviews from the Monthly Film Bulletin of BFI

Easy Street is the most famous of the Chaplin Mutuals.  Though not as hilariously funny as some, it has the most cleverly worked-out story dealing with ‘gang war on Easy Street’, in which some have read social critcism and other a statire on puritanism. 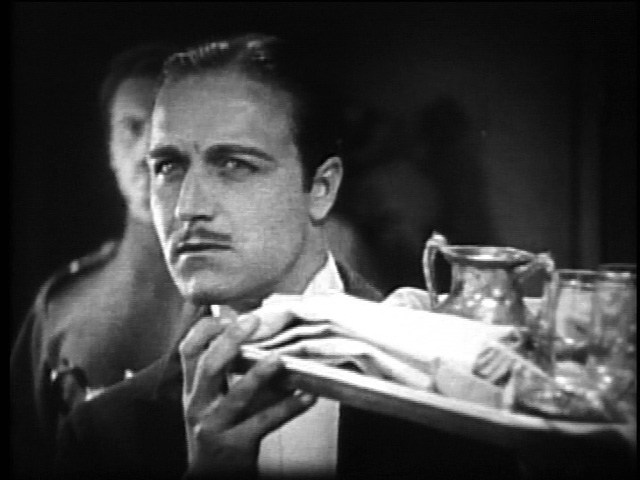 Hotel Imperial, although not a great film, was nevertheless one of the best productions that have come from America.  The story is of an Austro-Russian war type, set in a captured town on the Galician front in 1915, and Pola Negri and James Hall played spy parts with distinction.  It was opened with skill by the entrance of the Austrian officer into the captured town, an opening of deserted streets in the cold dreariness of dawn.  Miss Negri is a servant girl in the hotel where the officer took refuge, and her playing in this first reel was superbly done: the empty streets, the deserted hotel, the girl about to begin her day’s work, her hiding of the officer, his raving delirium.  This was Pommer and Stiller using great skill.  The remainder of the picture, especially the orgy scenes with George Siegmann as a drunken Russian general, were in the true Hollywood debauchery style which they managed to do so convincingly.

POLA NEGRI was born in Lipne, Poland, December 30, 1897 and may be compared to the present-day ANNA MAGNANI with respect to the temperamental, emotional and earthy approach to film acting.  Although POLA NEGRI was perhaps a greater glamour personality than her Italian counter-part, she nevertheless displayed the same uninhibited mannerisms–both facial and physical of the volatile Miss Magnani.  POLA NEGRI, too, was an established film star in Europe before coming to America.  In fact, it was her work in the German-made Passion (The Story of DuBarry) with Emil Jannings which brought her to the attention of Hollywood producers.  Unfortunately, the “talkies” took their toll of many silent screen favourite and POLA NEGRI was no exception.  She did make a never-to-be-remembered film for R.K.O. in 1932 called A Woman Commands with Basil Rathbone.  Her last film was Hi Diddle Diddle, an embarrassing item released by United Artists in 1943 in which she played the role of a has-been Wagnerian soprano in such company as Adolphe Menjou and Dennis O’Keefe.  POLA NEGRI’s tempestuously romantic roles rubbed off on her in private life and she lived the sort of life the public expected a “reel” person should.  She was romantically involved with a number of the famous Hollywood stars, among them VALENTINO and CHAPLIN.  She now lives comfortably in retirement in Hollywood, paying a visit to the movies almost every day.  Only recently she was reported in the news as having attended the funeral services of the late Elsie Janis.

Hotel Imperial was directed by the man who brought GARBO to America–Mauritz Stiller.  POLA NEGRI, however, is more closely associated with another noted director–ERNST LUBITSCH, who had appeared with her in a number of German films, as well as being her director in many of them–the most notable of course, the aforementioned Passion.

POLA NEGRI’s handsome leading man in Hotel Imperial, JAMES HALL, will best be remembered as the heroic brother of Ben Lyon in Howard Hughes’ Hell’s Angels, although his best performance (at least for the writer) will always be in Four Sons, an early sound film released by Fox in  1928.  JAMES HALL was another victim of the “talkies” and after appearing in a long series of “B” pictures, finally faded from the Hollywood scene in 1933.  As another Hollywood forgotten star, he passed away June 7, 1940.