Marching the Colours
National Film Board of Canada, 1942. 3 mins.
Made by Guy Glover

An experiment in film animation visualizing a well-known military march in geometric, abstract patterns of colour.  The film was made without the use of a camera by painting directly on to film.  Fundamental shapes–circles, triangles, squares, straight lines–are the motifs, and from them various themes are built up, performing a vivid parade or tattoo to the steady beat of a Sousa march.  The hues move, march, blend and separate in a dynamic pattern of mobile forms, transposing into colour and shape the sound patterns of the accompanying music.  The value of this film is in the technical and artistic aspects of this type of animation.  It is along the lines of Norman McLaren’s experiments, some of which will be shown on future programmes.

Expecting an old friend with a reputation for practical jokes, our near-sighted Mr. Magoo entertains instead an escaped prisoner from the asylum.  They chase each other furiously all over the house before the interloper is recovered, leaving Magoo, naturally, none the wiser for the experience.  A routine but amusing Magoo adventure, utilising well-worn jokes and situations, and extracting further humour from a case of mistaken identity.  The colour and design are in the usual imaginative UPA style.

This is the seventh of a series of shorts shown by A G E, prepared for Warners by the enterprising Robert Youngson, in which highlights of films made by the company and other studios in the silent and early sound periods are presented with added commentary.  This short consists of scenes from Small Town Idol, a seven reel comedy made by Mack Sennett in 1921, supervised by Erle C. Kenton, and starring Ben Turpin.  Ramon Novarro can be spotted in a very minor role in this typically broad and fast-moving Sennett production. 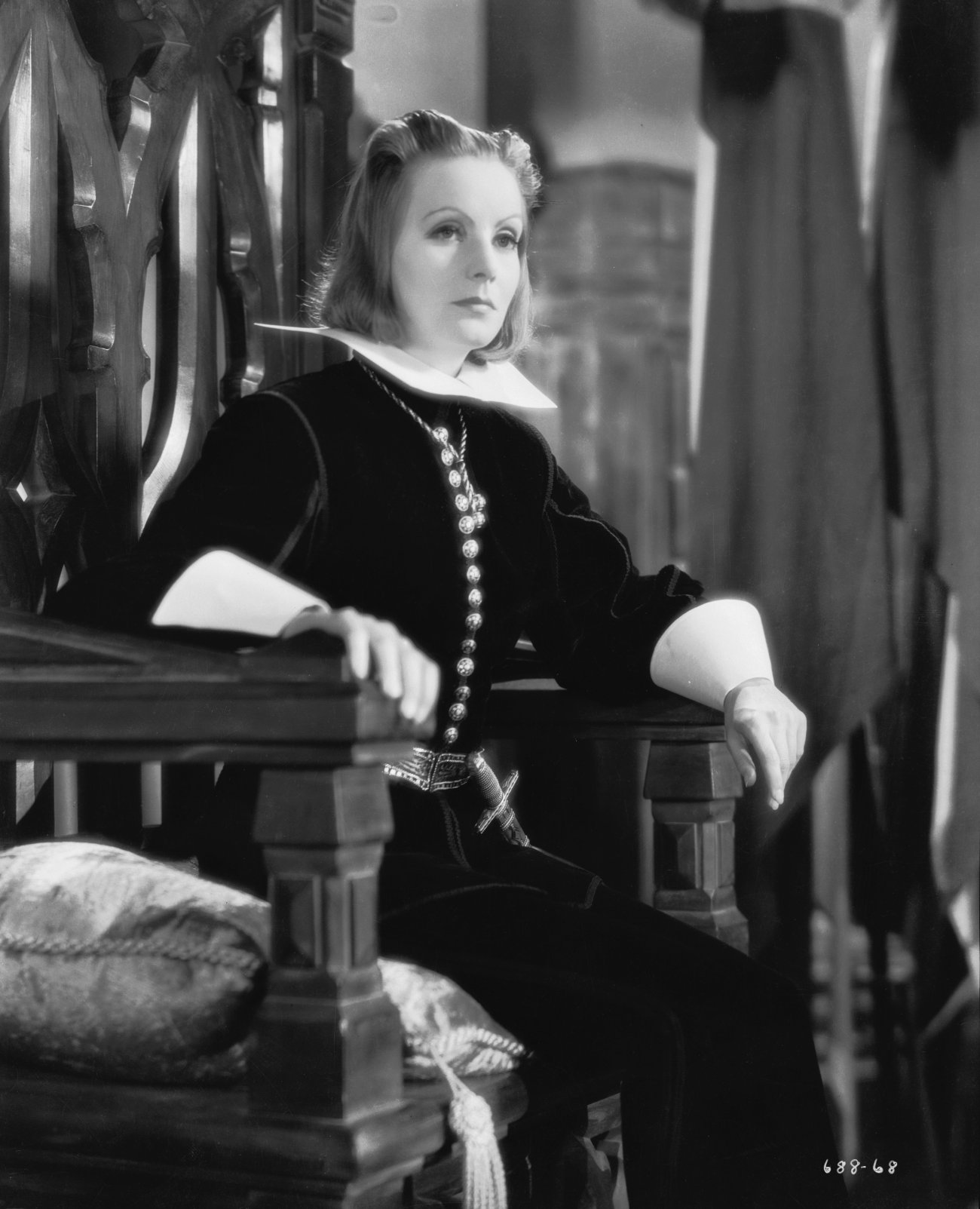 GARBO is a living legend.  Although her last picture, Two Faced Woman, was made 15 years ago, and she has not appeared on the stage, radio or television, she is as much in demand today by theatrical and film producers as she was at the height of her career.  While she may not be so fine an actress as her countrywoman, Ingrid Bergman, or possess the appeal of Lollobrigida and Monroe, there is something magical, mysterious and magnetic about this remarkable Swedish actress which has never lessened throughout the years.  Of all her Hollywood films, both silent and sound, only a few were worthwhile cinematic efforts.  Queen Christina is not an artistic or historic film document, but Garbo’s abdication speech and her pantomimic sequence as she moves silently about the bedroom she shares with John Gilbert in the Inn scene, are as effective today as they were over twenty years ago. 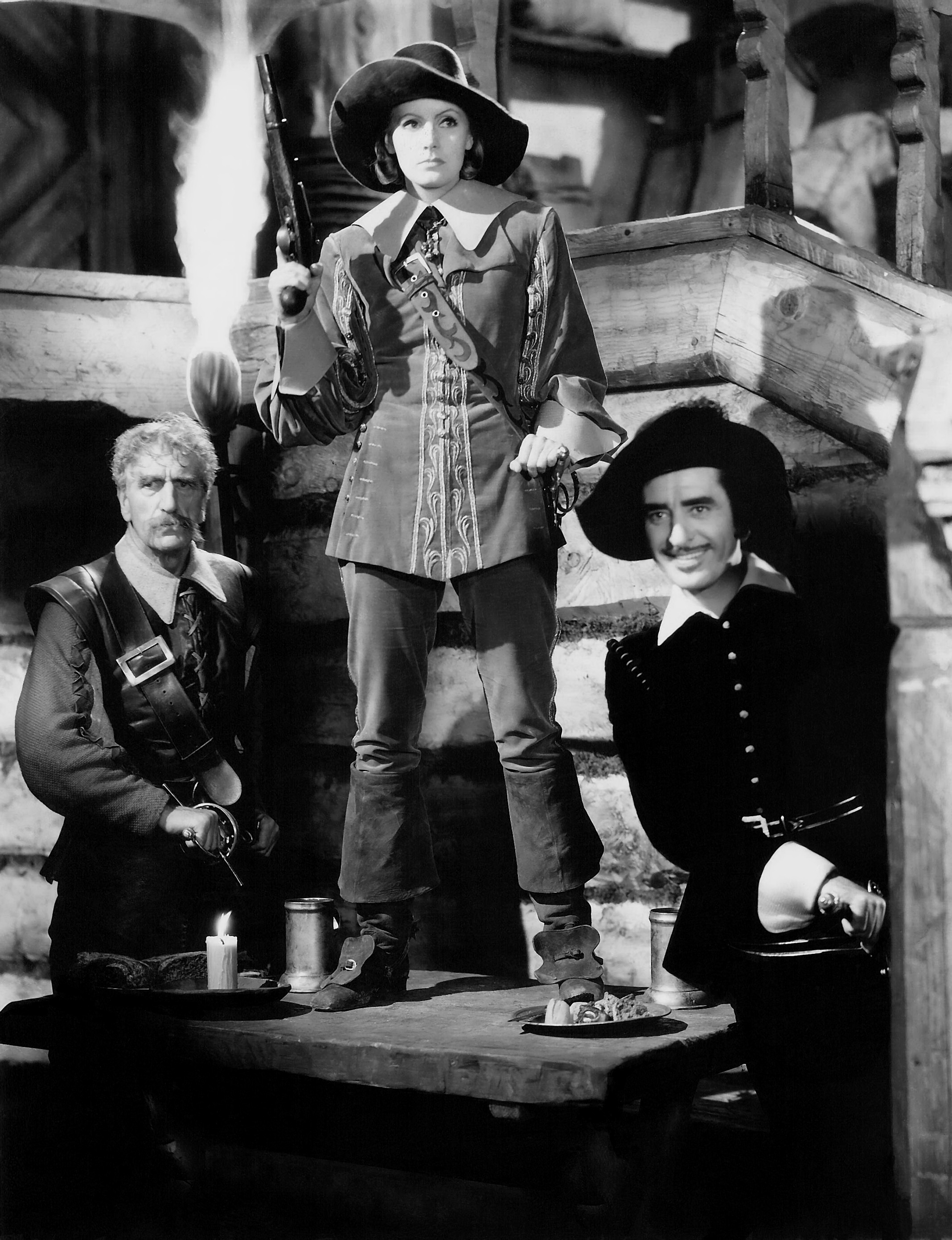 Having seen Garbo in person about two years ago in the audience at the Metropolitan Opera during a performance of Tosca, I can attest to her still beautifully expressive eyes and hands, Camille-like complexion and strange power of fascinating an audience by sheer force of personality.

Many predicated her downfall after the advent of sound, but she proved them wrong when her first talking picture, Anna Christie was released, in 1930.  Two of her finest screen portrayals, Camille and Ninotchka, were re-issued a short time ago to a most responsive public.  It is an incandescent and intensely introspective beauty which Garbo brought to the cinema, and it is this quality that will make her films as much sought after in years to come as they are now. 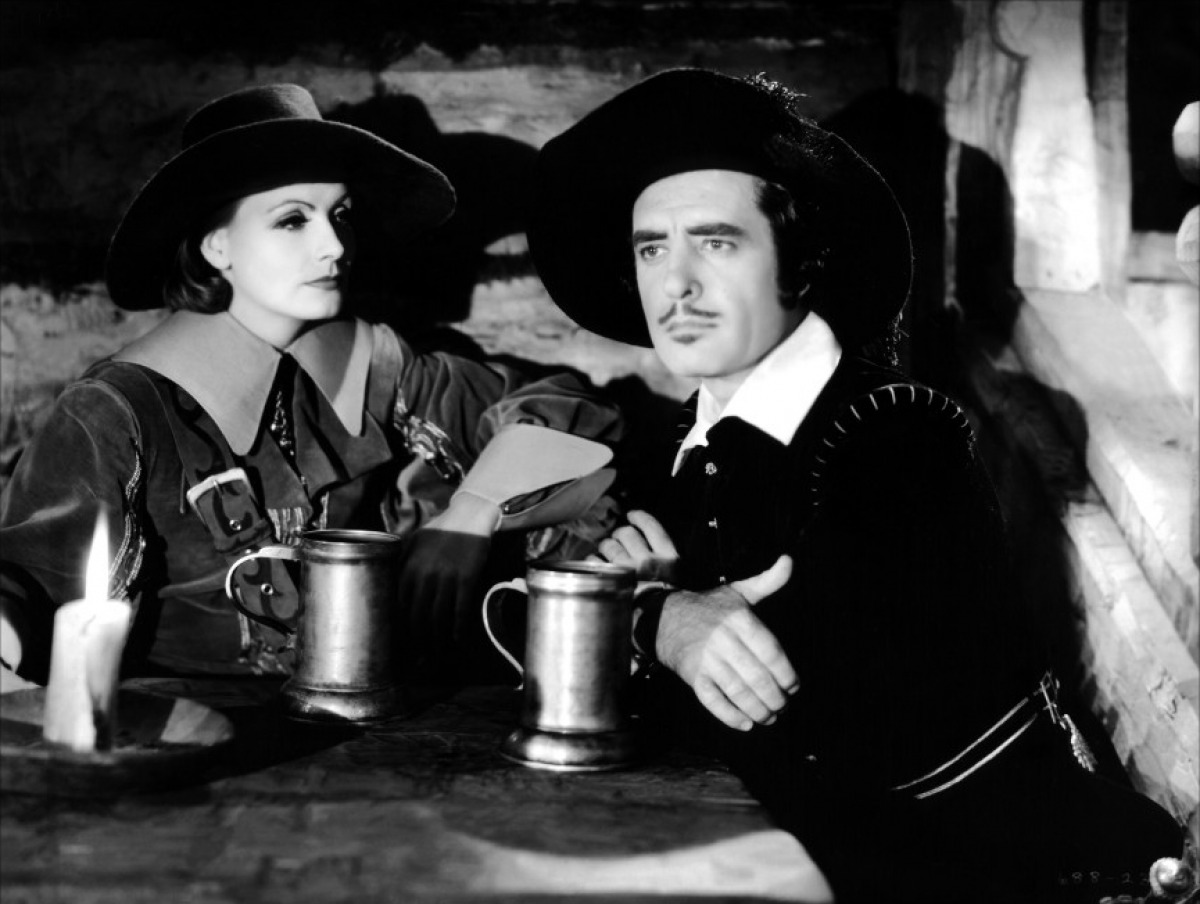 JOHN GILBERT was not successful in talking pictures.  Queen Christina was his only appearance in sound films with his famous romantic partner.  Olivier was originally tested for the role of the Spanish envoy, but Garbo found him wanting in the love scenes.  She suggested and got Gilbert, either for old times sake or to show her appreciation of his once valuable assistance.  Hearing Gilbert’s voice today, it is hard to understand why it was not accepted by the public.  He made one more film after this, The Captain Hates the Sea and died very shortly after–a defeated and broken-hearted actor.