Toronto Film Society presented A Bill of Divorcement (1932) on Monday, April 26, 1982 in a double bill with Magnificent Obsession as part of the Season 34 Monday Evening  Film Buffs Series “B”, Programme 10. 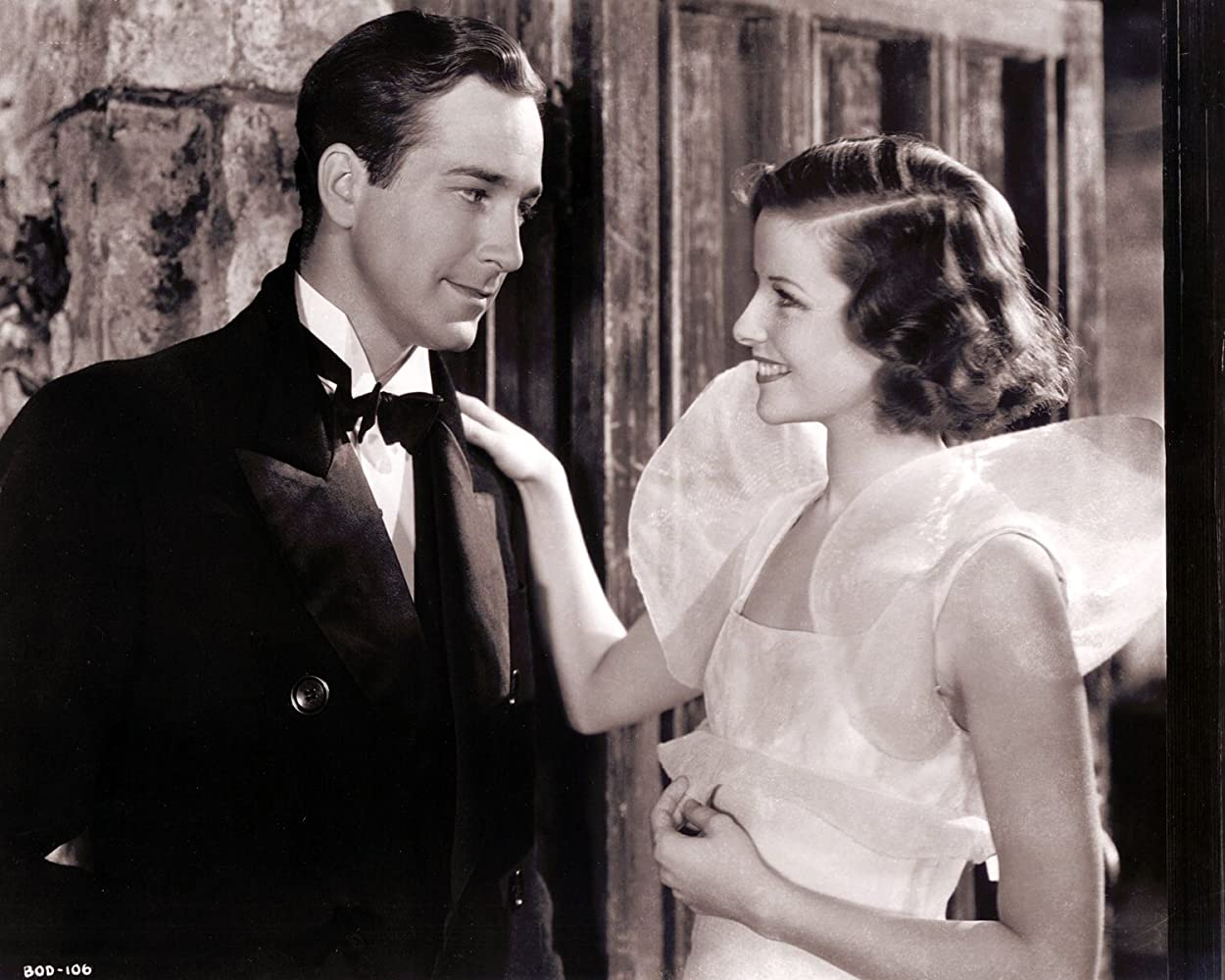 Tonight’s first film provides us with an opportunity to view the screen debut of Katharine Hepburn, one of America’s most respected and durable actresses.  And, her work here, as a 24-year old ingenue with four years of variable stage acting behind her, may be compared to her Oscar-winning appearance in 1981’s On Golden Pond.  Perhaps only Bette Davis, Hepburn’s only serious rival for the title of “First Lady of the Screen,” can compare in logevity.

As was often the case in Hollywood history, Miss Hepburn’s casting in A Bill of Divorcement and subsequent stardom was, despite her talent, something of a fluke.  She had been appearing on stage in The Warrior’s Husband, when an offer arrived from David O. Selznick, head of production at RKO.  At this time, shortly after the advent of sound, Broadway actors and actresses were much in demand in Hollywood.  However, despite the ups and downs of her stage career, Miss Hepburn, like many stage performers, was leery about making the transition.  She appeared in a screen test from the play Holiday, for which she had an understudy.  The test was screened by Selznick and his director, George Cukor (who, like Hepburn, is still active professionally).  Although Miss Hepburn was nervous and awkward in the test, the astute Cukor noticed her intelligence, her clear, direct gaze and voice, the latent ability–the unique qualities which would make her a great star.  Miss Hepburn, still unenthusiastic, asked for a high $1500 a week salary and, to her everlasting astonishment, Selznick, ever the hunch player, agreed.

The young actress was luckier than she realized at the time, for George Cukor was, even then, one of Hollywood’s most talented directors, and guided her skillfully through her first screen performance.

The film, incidentally, is based on a 1921 British play, whose odd title refers to a bill for liberalizing divorce which was then before the British Parliament.  It tells the story of a mentally unstable man, played by Barrymore, who escapes from a mental hospital and returns home on the very day that his ex-wife (Billie Burke) is to remarry.  The mercurial Barrymore, who could chew the scenery with relish given half the chance, gave a restrained and touching performance as a man who realizes that he must love his wife enough to let her seek happiness with another.  As his daughter, torn between fiance and the need to care for her father, Katharine Hepburn’s inexperience showed, but so too did her warmth, her sincerity, and her directness.  Contemporary reviews did not overlook her performance, and several, in praising her work, correctly predicted her climb to the Hollywood summit.