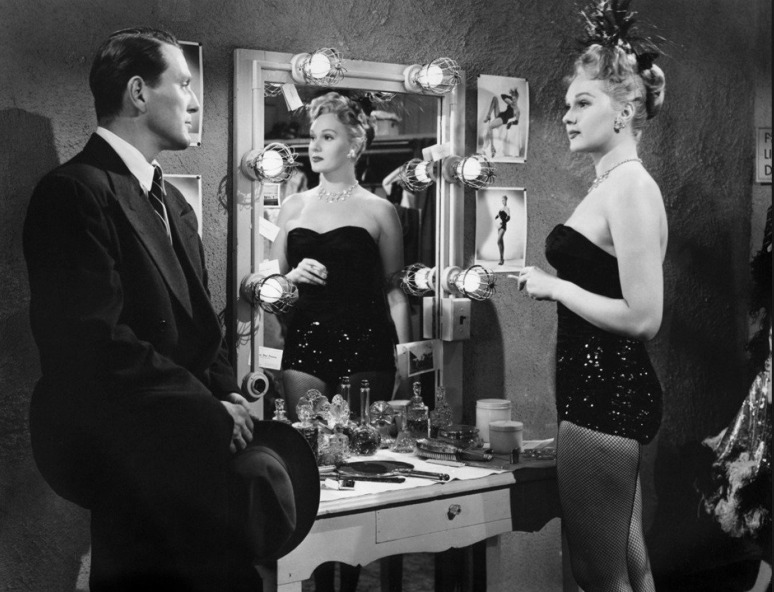 American studies film professor Bob Porfirio indicated that Armored Car Robbery possesses the “film noir visual style” of the many RKO crime and suspense films of the early-1950s, such as: high-contrast photography integrating studio and location shooting; expressionistic lighting; deep focus; and solid music of a haunting sort. Film critic Roger Fristoe believed that director Richard Fleischer pushed the boundaries of the Motion Picture Production Guide. One edict was: “Methods of crime shall not be explicitly presented or detailed in a manner calculated to…inspire imitation.” Armored Car Robbery, however, had a blunt title, explicit violence, and a detailed account of the planning and execution of the crime. As such, even though the criminals are caught, Armored Car Robbery tested the waters and helped set the stage for other films-noir and heist films, such as The Asphalt Jungle (1950) and The Killing (1956), which shares some similarities. In the following decades, American film director Richard Fleischer went on to direct many other films for which he became known, such as: The Narrow Margin (1952); 20,000 Leagues Under the Sea (1954); Fantastic Voyage (1966); and Soylent Green (1973). Besides Armored Car Robbery, his taut, film-noir thrillers include: Bodyguard (1948); Follow Me Quietly (1949); and The Narrow Margin (1952). Fleischer’s film career began in 1942 at RKO, which was owned by Howard Hughes. He started in an RKO studio directing shorts, documentaries, and compilations of forgotten silent features, which he called “Flicker Flashbacks”. He won an Academy Award as producer of the 1947 documentary Design for Death, co-written by Theodor Seuss Geisel (later known as Dr. Seuss), which examined the cultural forces that led to Japan’s imperial expansion through World War II. 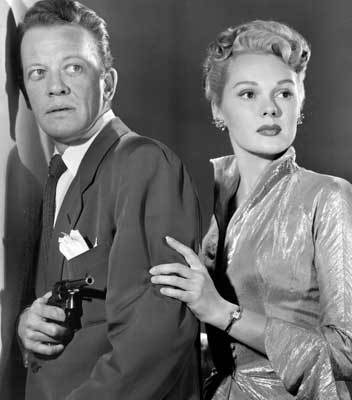 Armored Car Robbery co-writer Gerald Drayson Adams was born on June 25, 1900 in Winnipeg, Manitoba. After graduating from Oxford University, the handsome Adams became a business executive and literary agent before switching over to Hollywood screen-writing in the mid-1940s. Specializing in action films and westerns, he wrote or co-wrote several notable pictures, among them Dead Reckoning (1947), starring Humphrey Bogart and Lizabeth Scott, and The Big Steal (1949), starring Robert Mitchum and Jane Greer. He received a Writers Guild of America nomination for, of all things, Kissin’ Cousins (1964), starring Elvis Presley. His last screen credit was for another Presley vehicle, Harum Scarum (1965). Adams wrote for television as well, most memorably two well-received episodes of Maverick (1957). He was twice married and had three children. He also happened to be the brother of Claire Adams, a major actress of the silent era best known today for her roles in King Vidor’s The Big Parade (1925) and The Penalty (1920), starring Lon Chaney, and for playing Rin Tin Tin’s leading lady in Where the North Begins (1923), the film credited with saving Warner Bros. studio from bankruptcy.

Also in the cast/crew: Art Dupuis, born on March 29, 1901 in Port Severn, Ontario. Dupuis appears uncredited as a stadium cashier and worked on the film as one of three uncredited stuntmen.