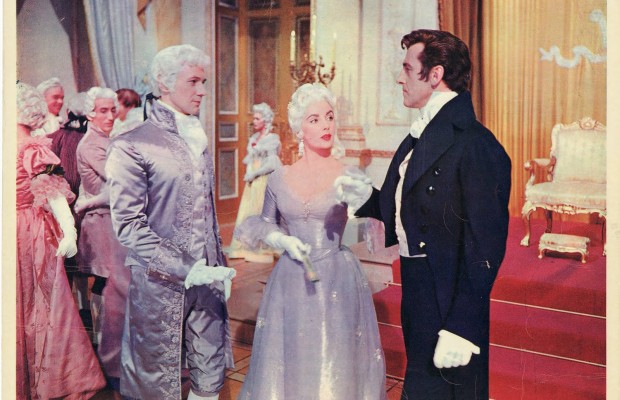 Clyde Fitch was the most prolific playwright in Broadway’s history.  He was born in Elmira, New York in 1866, and educated at Amherst College.  Before he died in France on September 4, 1909 at the age of forty-three, he had written thirty-three original plays and twenty-two adaptations and dramatizations.  Richard Mansfield, one of America’s leading ‘star’ actors of the tine, put Clyde Fitch on salary in 1889 to write a play for him that turned out to be Beau Brummell.  At that tie, stars usually supervised the writing of scripts to suit their talents.  Beau Brummell, one of Mansfield’s greatest successes and Fitch’s first big break, provoked controversy of authorship that lasted until after Fitch’s death.

Nevertheless, once Fitch got his foot in the door with Beau Brummell, there was no stopping him.  With fifty-five original plays, adaptations and dramatizations in little over twenty years, it was common for Fitch to have three, four, even five plays on the Broadway stage simultaneously.

Most of the plays were commercial shows written at top speed for the Broadway market.  Although much of his work was sensationally successful in its time, it was considered superficial and hackneyed in less than fifty years.  Even Fitch’s best works, “The Truth”, “The City” and “The Climbers”, are never revived today.  Before Fitch achieved success the Broadway stage was dominated by foreign plays and Fitch, ore than any other writer, was responsible for the shift towards American domination of Broadway.  Fitch made American themes respectable, raised the cultural level of the theatre, and also raised the level of staging by his personal direction.  As Brooks Atkinson wrote in “Broadway” (MacMillan, New York, 19794): “…for all practical purposes, modern American playwriting began with him [Fitch].”

Beau Brummell had been filmed once before, in 1924, starring John Barrymore and Mary Astor.  It is, in

essence, the story of a sartorial dandy who rose by his wits from a servant-class background to become the court favourite of the pleasure-loving Hanoverian Prince of Wales.  The 1954 version of this romantic drama was filmed entirely in Britain, with interiors largely shot at MGM’s Boreham Wood studios.  Location scenes were photographed in and about Ockwell Manor, built in the early fifteenth century and considered one of England’s great historic mansions.  It is situated near Windsor Castle and still maintained in perfect condition.

Critical reception was mild to the film, typified by Bosley Crowther’s: “The lovely young lady with whom Beau Brummell is supposed to be in love–and who is endowed by Miss Taylor

with dazzling beauty and the blossoms of appeal–is a foggy creature who is never made sensibly clear.  However, the picture is gorgeous and that’s the only word–gorgeous–in settings, in consumes and in its photography.  Mainly, it is in the taste and artfulness of design, in the exquisite blendings of colors and in the mellow effects achieved through superlative use of the camera that Beau Brummell becomes film.”