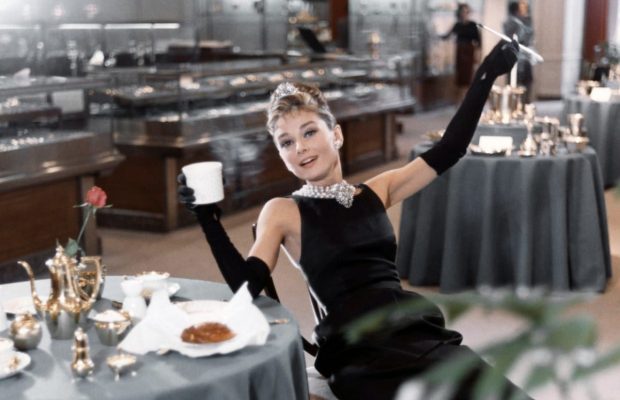 Toronto Film Society presented Breakfast at Tiffany’s (1961) on Monday, November 15, 1982 in a double bill with The Adventures of Robin Hood (1938) as part of the Season 35 Monday Evening  Film Buffs Series “B”, Programme 2. 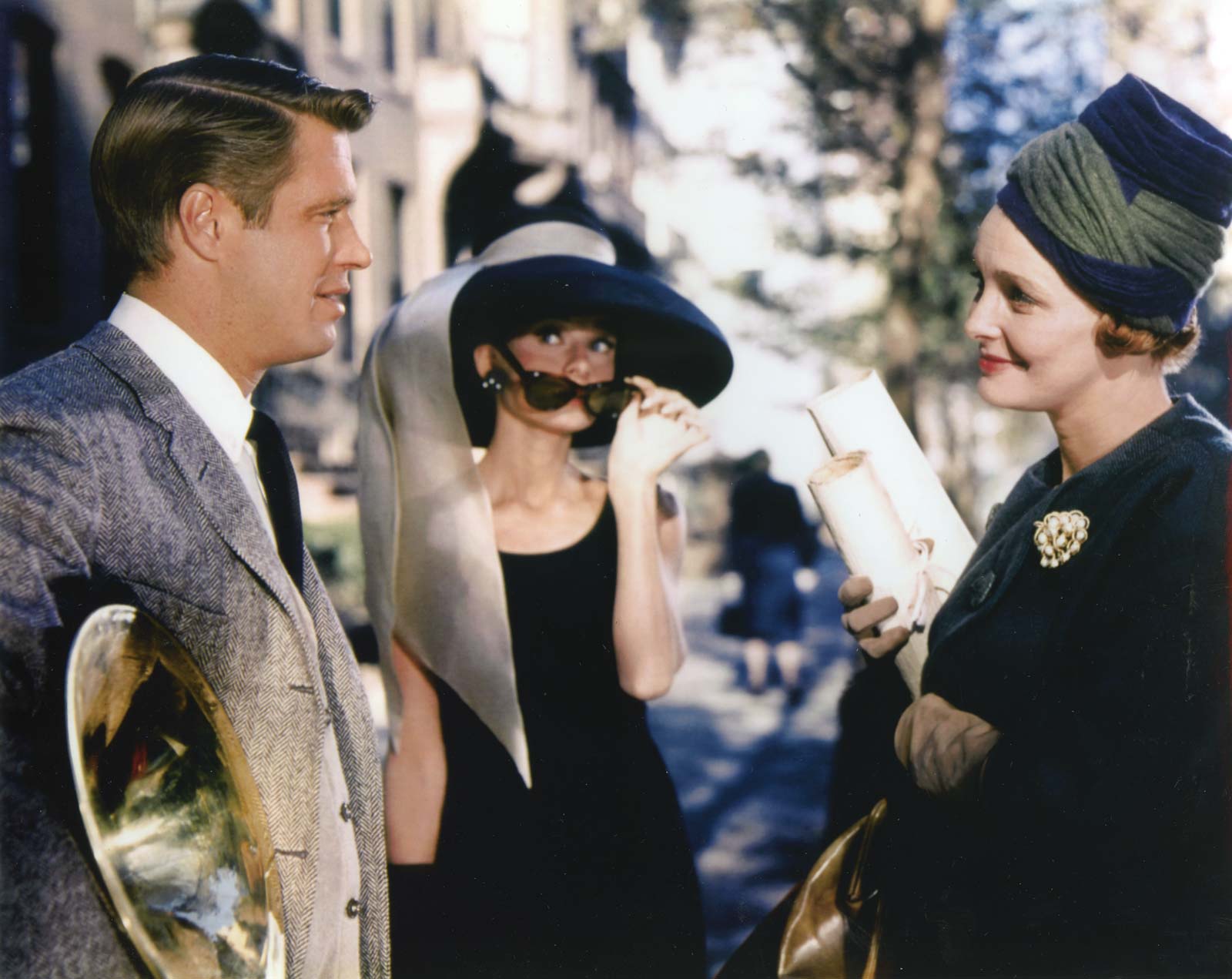 Breakfast at Tiffany’s was one of the top grossing films of 1961-62, was named amongst the best ten of 1961 by Film Daily, the trade journal of the industry; and both its score and theme song won Oscars for Henry Mancini.  Its star, Audrey, received for her performance her fourth of five nominations for Best Actress.  (She had won the award in 1953 for Roman Holiday, and was nominated for Sabrina, The Nun’s Story and, later, Wait Until Dark.)

The film also marked the turning point for the careers of both its leading man, and its director.  George Peppard had made a strong debut five years before in The Strange One, and Breakfast at Tiffany’s turned him, briefly, into a major star.  To follow, however, were on The Carpetbaggers, The Blue Max, and (a much underrated film) Pendulum.  The rest of his subsequent films have been routine.

But for Blake Edwards, the director, Breakfast at Tiffany’s was the first of a string of comedies which turned a witty screenwriter (and occasional actor) into the darling of those who like their comedy free of social comment, harmlessly titillating, and thoroughly inane.  Those whose sensibilities have been tickled over the years by the Pink Panther series and, more recently, by 10 and Victor/Victoria (the latter film might almost be said to be a redoing of Breakfast at Tiffany’s for a still more jaded age) will be bound to be vastly amused by the antics of Holly Golightly.

Breakfast at Tiffany’s is, however, as a transitional film, a good deal more spontaneous and amusing than Edwards’ later works; and some of the credit for these qualities must be given to its screenwriter, George Axelrod, who had written both play and script for The Seven Year Itch, and would the following year write the script for John Frankenheimer’s mordantly witty political thriller The Manchurian Candidate.

One of the most attractive features of Breakfast at Tiffany’s is its minor roles: John McGiver, a stage veteran playing the Tiffany salesman, his best role exept for that of the liberal senator, the following year, in The Manchurian Candidate; Mickey Rooney, who had been pretty well at loose ends since Andy Hardy days, in a bizarre performance as a Japanese; Buddy Ebsen, also rarely seen to effect since his dancing years in the 1930s, made a hit here which ushered in a star career in The Beverly Hillbillies and Barnaby Jones.

But of course the main glory of the film is Audrey Hepburn.  Hitherto, from Roman Holiday to Green Mansions, she had played ingenue roles.  Her performance as the madcap Holly established her claims as an actress of wider range; her role in The Children’s Hour the following year reinforced those claims, and maintained a career which even her recent appearances, in Richard Lester’s Robin and Marian, or Peter Bogdanovich’s They All Laughed, cannot tarnish.