This is director ERNST LUBITSCH’s most uncharacteristic movie, a poignant drama about the aftermath of World War I, and his touch here is as deft as it is with comedy. However, Depression audiences had lost their taste for such fare. The film was not a success upon release, and Lubitsch made no other dramas.

LIONEL BARRYMORE (1878 – 1954) was born Lionel Herbert Blythe (“Barrymore” was actually his father’s stage name). He was the oldest child of actors Maurice Barrymore and Georgiana Drew. His sister Ethel was born a year after him, in 1879, and brother John in 1882. Their mother’s early death from tuberculosis in 1893 traumatized all her children, and Lionel turned to the arts for solace. He was a very talented visual artist, but his creativity didn’t stop there. During the early days of sound at MGM, Lionel grew impatient with the delays involved with hiding the primitive microphones, so he invented the boom microphone — the microphone on a long pole that can be held overhead and easily maneuvered out of camera range. He wrote a novel and an autobiography. He was also the composer of many pieces of music, and joined ASCAP in 1944.

Above all, though, Barrymore was an actor. He abandoned Broadway success for Hollywood in 1924. In 1931 he won the Oscar for his performance as an alcoholic lawyer in A Free Soul. He starred in many MGM classics during the 1930s, and was considered one of the studio’s most valued stars. Because of his stature at the studio, he was one of the very few screen actors ever to have a prolific career when confined to a wheelchair. From 1938 on, when he was slowed by severe arthritis and broken hips, his roles were all written to accommodate his disability.

Lionel had two daughters, Ethel Barrymore II (b.1909) and Mary Barrymore (b.1910). Neither baby girl survived infancy, though Mary lived a few months. Lionel never truly recovered from the deaths of his daughters, and their loss strained his marriage to Doris Rankin which ended in 1923. Years later, Lionel developed a strong fatherly affection for Jean Harlow. Jean was born in 1910 and was the age his girls would have been. When she died in 1937, he was one of those who mourned her as though she were family.

His real family had been professional actors for generations, and he wasn’t bamboozled by the 20th century’s veneration of stars: “I can remember when nobody believed an actor and didn’t care what he believed,” he said. “Why, the fact that he was an actor made everything he said open to question, because acting was thought to be a vocation embraced exclusively by scatter-brains, wastrels and scamps.” He was also pretty clear about his motivation as an actor: “I’ve got a lot of ham in me.”

Pretty NANCY CARROLL (1903-1965) was a very popular actress in the early talkies. Her dimpled face and cupid’s bow mouth appealed to popular tastes of the period, and she reportedly received more fan mail than any other star. Carroll began as an actress in Broadway musicals, and that background enabled her to handle the requirements of sound films. She started in films in 1927, was a star by 1928 and was nominated for the Best Actress Oscar in 1930 for The Devil’s Holiday. She was eager to expand her range, and often balked at the roles the studio offered. Paramount came to regard her as troublesome and uncooperative, and she was released from her contract in the early ’30s. In the mid-’30s she made four insignificant films for Columbia and it was clear she was no longer a top star. She retired from films in 1938 and returned to the stage. She branched out to work in television as well during the 1950s and ’60s. Carroll was found dead of a heart attack one night after failing to arrive at the theatre for a performance.

ZaSu PittsZASU PITTS (1894 – 1963) was named after her two aunts: “Za Su” was the tail end of “Eliza” and the beginning of “Susan”. She grew up in Santa Cruz, California, and overcame extreme shyness to study drama at school. She used her plain, shy wallflower status to advantage throughout her career, augmenting it with her woebegone face and fluttery, worried hands.

She recalled, “I was what they called a feature player, never a star. They say I was in 500 films, everything but the newsreels.” After her movie debut in 1917, she made one-reel comedies for Universal and then moved on to feature films. She was very versatile, and appeared in both comedies and dramas during the silent era. She married actor Tom Gallery in 1920 and teamed with him in several movies. Their daughter Ann was born in 1922. In 1926, after her close friend actress Barbara La Marr died, the couple adopted La Marr’s son. 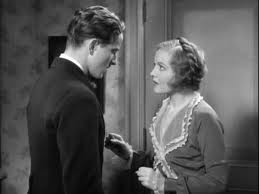 Pitts’ masterful performance in Erich Von Stroheim’s Greed surprised audiences and critics in 1924. Though the film bombed, it won her a great deal of favourable attention. The coming of sound posed no technical problems for her, and she became a big comedy star with a collection of funny worrywart portrayals. But there was something unforeseen about that Olive Oyl voice of hers: she soon found she was typecast in sound films as a comic actress. Her appearance as Lew Ayres’ mother in All Quiet on the Western Front (1930) provoked unintentional laughter and had to be recast with Beryl Mercer. The woman Erich Von Stroheim called “the greatest tragedienne of the screen” seldom returned to serious drama. Though disappointed, Pitts made the most of comedy in vaudeville, on radio and on Broadway in addition to her many movies. In the 1950s she began working on TV. She played shipboard beautician Nugie on The Gale Storm Show (1956). She was diagnosed with cancer at the time, but continued to work despite the disease until her death several years later at age 69. Her final film role was as a switchboard operator in It’s a Mad Mad Mad Mad World (1963).

All her life, she loved to cook; her cookbook Candy Hits by ZaSu Pitts was published posthumously in 1963.