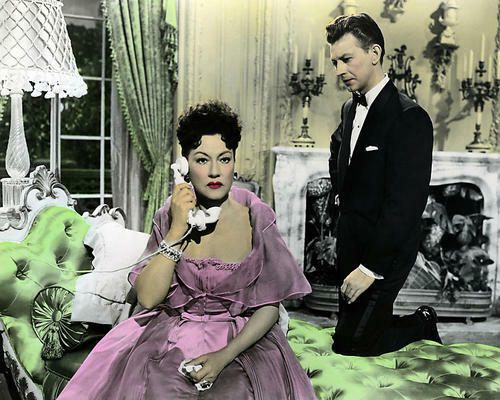 ETHEL MERMAN was born Ethel Agnes Zimmermann in 1908, in Astoria, Queens. Contrary to many people’s assumptions, she was not Jewish. Her father was a German-Lutheran accountant and her mother a Scots-Presbyterian school teacher. Merman was drawn to the theatre from an early age, and her doting father was fond of accompanying her on the piano, but she had no formal training in either singing or acting. It didn’t matter; in fact, George Gershwin urged her to never take lessons. Ethel could sing a song like no one else, right from the start.

She began singing professionally while still employed as a secretary for a brake company in Queens. After success in vaudeville, she made her Broadway debut in Gershwin’s “Girl Crazy” (1930). She also shortened her original name for a catchier stage name (Ginger Rogers, who also starred in the production, used to joke that “I knew her back when she still had the ‘Zim’.”) Though only third-billed, Merman got to introduce the show-stopping song “I Got Rhythm,” and she made it an event: “In the second chorus, I held a high C note for 16 bars while the orchestra played the melodic line against the note. By the time I’d held that note for four bars the audience was applauding. They applauded through the whole chorus and I did several encores. It seemed to do something to them. Not because it was sweet or beautiful, but because it was exciting. When I finished that song, a star had been born. Me.” She later bragged that, “I can hold a note as long as the Chase National Bank.”

She became the pre-eminent star of the Broadway musical comedy, racking up hit after hit, but most of those roles went to other actresses in the filmed versions. Merman recreated her roles in Anything Goes (1936) and Call Me Madam (1953), but the films of Red Hot and Blue (1949) and Annie Get Your Gun (1950) both went to Betty Hutton. Lucille Ball got Merman’s stage part in Du Barry Was a Lady (1943) and Ann Sothern was film’s Panama Hattie (1942). Vivian Blaine played the Merman part in Something For the Boys (1944) and Rosalind Russell scooped Merman’s prized role in Gypsy (1962). Despite her many stage hits, Merman won only two Tony awards, in 1951 as Best Actress for “Call Me Madam”, and a second special Tony in 1972.

Her drive for success didn’t always make relationships easy. Whether with husbands or friends, Merman was always competitive. Her brief 3rd marriage to Ernest Borgnine in 1964 foundered on their honeymoon, when he received more fan attention (for his starring role on TV’s McHale’s Navy) than she did. “By the time we got home, it was hell on earth,” Borgnine later recalled. “And after 32 days I said to her, ‘Madam, bye’.” In her 1978 autobiography, the chapter entitled “My Marriage to Ernest Borgnine” consists of one blank page. When she lost the Tony for “Gypsy” to her good friend Mary Martin for “The Sound of Music”, Merman cracked, “You can’t buck a nun.” Of Martin, with whom she performed in many shows and specials, Merman grudgingly joked, “She’s okay, if you like talent.”

Merman’s last movie role was a bit in the comic spoof Airplane! (1980). She played Lieutenant Hurwitz, a soldier suffering from shell-shock who thinks he’s Ethel Merman, belting out “Everything’s Coming Up Roses” in her classic style as nurses dragged her back to bed to give her a sedative. It was a funny farewell. She died in 1984, following surgery for brain cancer. 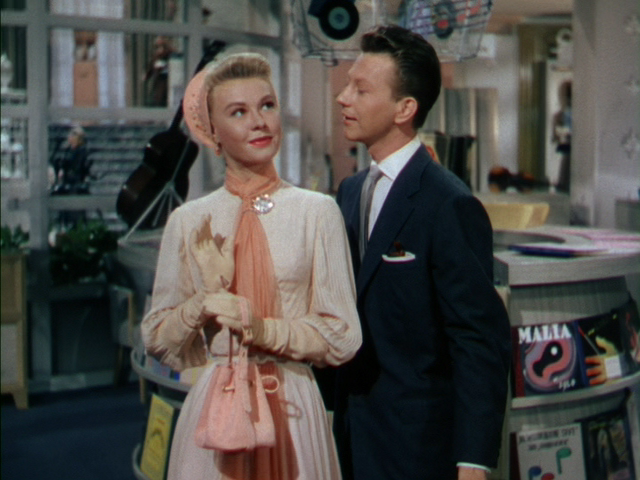 “I was born and raised to entertain other people. I’ve heard laughter and applause, and known a lot of sorrow. Everything about me is based on show business. I think it will bring me happiness. I hope so.” – Donald O’Connor (1955)

Donald O’Connor When DONALD O’CONNOR appeared at Grauman’s Chinese Theatre in 1953 to sign his name in cement, he surprised everyone in attendance – including his mother, Effie – by insisting that she also step onto the wet slab. His square reads “Following in Mom’s footsteps,” in tribute to the woman whose determination and hard work had held the O’Connor family together. O’Connor later proudly pointed out that, considering his mother’s years as a circus performer, both their careers on stage, and his work in movies, radio, TV and recordings, their square represents a complete record of all show business media of the 20th century.

He was born in 1925, the seventh and last child in a family with circus and stage roots. His father had been an acrobat with Ringling Brothers and his mother was a dancer and bareback rider. They worked together as a family act, billed as “The Royal Family of Vaudeville.” They had great talent, but they were also cursed with some very hard luck. Only four of the O’Connor children survived infancy. Then Donald narrowly escaped death as a baby, when his sister Arlene was struck and killed in an intersection outside a theatre in Hartford, Connecticut while pushing him in his pram. Weeks later, his father Chuck died of a heart attack at age 47, while onstage performing. Despite all the tragedies, Effie enlisted several extended family members and kept the act going. Donald joined the act when he was 12 months old.

He made his film debut at age 12, doing a specialty routine with his two remaining siblings, Jack and Billy in the short Melody For Two (1937). It was Billy’s only film; he died soon after, of scarlet fever. Donald had superb comic timing and a winning personality, and he made a strong impression in kid roles, especially opposite Bing Crosby and Fred MacMurray in Sing You Sinners (1938). Paramount Pictures kept him busy making both A and B pictures, including Tom Sawyer, Detective (1938) and Beau Geste (1939) until he outgrew kid parts. He returned to vaudeville for more than a year before being signed by Universal in 1942 to appear with their troupe of talented teenagers, the Jivin’ Jacks and Jills. His song and dance skills, honed in all those years in vaudeville, were among the very best in movies. He was teamed with comic dancer Peggy Ryan, and their energetic routines were standouts. When O’Connor was drafted into the armed forces in 1944, Universal rushed him through feature films to be released while he was absent overseas. When he returned, they continued to cast him in lightweight musicals and comedies. One of these, Francis (1949), became a huge success but that was something of a mixed blessing. The series about a soldier and a talking mule (voiced by Chill Wills) meant the momentum of O’Connor’s musical career was constantly interrupted, as the studio insisted on making one Francis picture a year. He missed several plum parts, including appearing as Bing Crosby’s sidekick in White Christmas (1954). But he managed to squeeze in the part he became best known for, playing Cosmo the piano player in Singin’ in the Rain at MGM (1952). O’Connor quit the Francis series in 1955, saying, “When you’ve made six pictures and the mule still gets more fan mail than you do…”

O’Connor was a TV favourite in the 1950s, one of the regular hosts of the Colgate Comedy Hour. He was also a regular performer in Las Vegas. He overcame a drinking problem in the 1970s, at his family’s insistence. He earned two Primetime Emmy nominations for hosting the Oscars. His last feature film was the comedy Out to Sea (1997) with Jack Lemmon and Walter Matthau. O’Connor was still making public appearances well into 2003, before he died of congestive heart failure at age 78. His wife Gloria and four children said among his last words was the quip, “I’d like to thank the Academy for the lifetime achievement award that I will eventually get.”