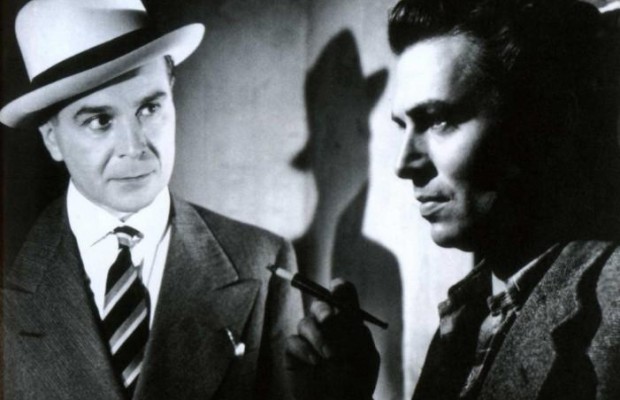 The Toronto Film Society presented Candlelight in Algeria on Monday, July 23, 2012 in a double bill with Contraband, as part of the Season 65 Summer Film Buff Series.

A British film which has the slickness, tense pace of many American productions plus a restraint and beauty of its own.—Daily Mail

Not a particularly good film…I didn’t believe a word of it.—Sunday Express

Will neither detract much from nor add much to the English motion-picture tradition for good melodrama. James Mason, a Cambridge edition of a 1935 Clark Gable, acquits himself admirably as a British agent. Carla Lehmann’s American slang is all pretty ridiculous.—New York Times

Goes all out for romance and thrills, and gets them. This is the sort of English film that a few years ago would have been dreadfully second rate; but since then we have learned a lot. The total result is a streamlined affair.—New Statesman

This film topped the popularity polls in Bulgaria in one or more of the immediately post-war years. I, who saw the film, find this interesting.—James Mason (1974)

The son of a wealthy merchant, Mason decided he could make more money on the stage than designing buildings, and played with the Old Vic and the Gate Company in Dublin. He first appeared onscreen in British “quota quickies” and caused a sensation as a handsome, sadistic aristocrat in the 1943 costume drama, “The Man in Grey”.

After another triumphant appearance in Carol Reed’s Irish suspense thriller, “Odd Man Out” (1947), the brooding, gifted Mason became Britain’s biggest star, moving to Hollywood soon after. Although Southern California softened his rougher edges, he soon reaffirmed his niche as an urbane matinee idol with a dark side. This persona was exploited to international success in the Cukor-Garland remake of “A Star Is Born” (1954), with Mason playing complex, Barrymore-style monster Norman Maine (a role which Cary Grant had turned down).

Though gifted with a distinctive, beautiful speaking voice, and with a range much deeper than that of a conventional leading man, Mason nevertheless had trouble finding the kind of quality roles he deserved. His filmography is generally undistinguished, but contains several gems, including: “20,000 Leagues Under the Sea” (1954), as the obsessed Captain Nemo; Hitchcock’s “North by Northwest” (1959), this time opposite Cary Grant; Kubrick’s “Lolita” (1962), featuring his sterling, poignant work as Humbert Humbert; the Harold Pinter-scripted “The Pumpkin Eater” (1964); and “Georgy Girl” (1966), as the aging rogue in pursuit of Lynn Redgrave. Mason received a Best Supporting Actor Oscar nomination for his role in 1982’s “The Verdict”.

Mason was a devoted lover of animals, particularly cats. He and his wife, Pamela Mason, co-authored the book The Cats in Our Lives, which was published in 1949. James Mason wrote most of the book and also illustrated it. In The Cats in Our Lives, he recounted humorous and sometimes touching tales of the cats (as well as a few dogs) he had known and loved.

Mason was married twice: First from 1941 to 1964 to British actress Pamela Mason (née Ostrer) (1916–1996); one daughter, Portland Mason Schuyler (1948–2004), and one son, Morgan (who is married to Belinda Carlisle, the lead singer of The Go-Go’s. Their son, James Duke Mason, is also an actor). Portland Mason was named for Portland Hoffa, the wife of the American radio comedian Fred Allen; the Allens and the Masons were friends.

Mason survived a cardiac arrest in 1959 and died as a result of another on 27 July 1984 in Lausanne, Switzerland. He was cremated and (after a delay of 16 years) his ashes were buried in Corsier-sur-Vevey, Vaud, Switzerland. The remains of Mason’s old friend Charlie Chaplin are in a tomb a few steps away.