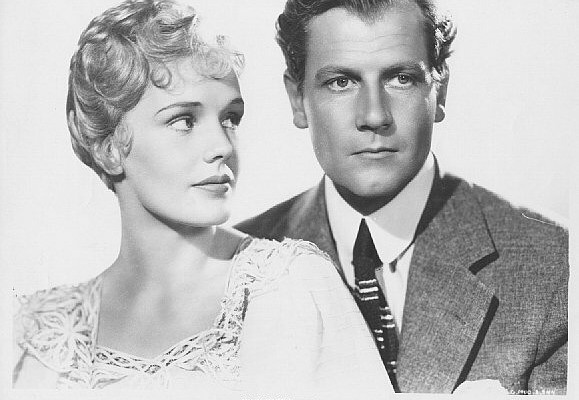 Toronto Film Society presented Come and Get It (1936) on Monday, December 12, 1977 in a double bill with Rhubarb as part of the Season 30 Monday Evening Film Buff Series, Programme 3.

Two months after Dodsworth, Goldwyn released Come and Get It, with reviewers reacting with the same adjectives.  Come and Get It, wrote Nugent, “is as fine in its way as those earlier Goldwyn successes of this year, These Three and Dodsworth.  It has the same richness of production, the same excellence of performance, the same shrewdness of direction.  There is nothing static about this one, thanks to Howard Hawks and William Wyler, the directors, to Gregg Toland’s photography and to the work of a uniformly fine cast.”

An early cheer for ecology, Come and Get It was not exactly a happy instance of tandem direction.  If anything, it was an example of raw producer power before the Screen Directors Guild–later, the Directors Guild of America–signed its first collective contract with the Motion Picture Producers Association in 1939.

Edna Ferber’s novel was a gaze at free enterprise worship.  Its subject was the “grand old boys” of her native Michigan of the 1880s.  “Cutting and slashing, grabbing and tricking, they had seized and destroyed millions of acres of forest land with never a sprig replanted; they had diverted and polluted streams and rivers, had falsely obtained rights of way on either side of trumped up railroads and thereby got control of untold mineral wealth as well as woodland, water and farm lands.  They in the North, were only the Wisconsin and Michigan reproductions of their brothers in the East–the Astors, the Banderbilts, the Goulds, the Harrimans, the Morgans, the Fisks, the Rockefellers–oil, railroads, lands forests, waterways, as in the West had been the Huntingtons, the Hopkinses, the Hills, all solemnly embalmed now in librairies and museums and hotels and boulevards,” Miss Ferber wrote in her first autobiography.

As screenplayed by Jules Furthman (the writer of Hawks’ Rio Bravo and The Big Sleep) and Jane Murfin, Come and Get It was less the Ferberian sweep of a Wisconsin lumber dynasty than a father-and-son-in-love-with-the-same-woman story.  Concentrating on the lusty, brawling life of Barney Glasgow (Edward Arnold), the lumber-camp boy rising to become a timber tycoon, the film reached its climax when, in middle age, Glasgow becomes infatuated with the daughter of the woman he once loved but spurned because she stood in the way of his ambition.  Groping ridiculously for the ideal love of his youth, he loses the girl to his son (Joel McCrea).

With Frances Farmer playing both mother and daughter and Walter Brennan emoting as honest Swan Bostrom (for which he won the newly created supporting actor Oscar), Hawks was shooting one stage over Wyler when Goldwyn was hospitalized for a combined gall bladder and appendix operation.  When Goldwyn was released from the hospital, he ran everything Wyler and Hawks had shot.  He liked Dodsworth but was not satisfied with the Come and Get It footage.  He called Hawks in and the two of them had an argument over the ending of the film.  Hawks, who had already signed with RKO to do Bringing Up Baby, had rewritten a number of scenes and filmed them.  Goldwyn was furious–not so much over the changes as over the fact that Hawks had rewritten the scenes himself.  “Directors are supposed to direct, not write,” Goldwyn sputtered.  Harsh words followed and Hawks walked off the picture.  Goldwyn was still recovering and Wyler was summoned to his bedside and told to do part of Come and Get It over.  When Wyler refused, the producer exploded.

“He carried on like a madman about me having to do this, that I was legally obligated to do it and that he’d ruin my career if I refused.  He got so furious that Frances Goldwyn took a flyswatter and beat it over his legs on the bed and I ran out of the room.”  Later, Wyler had his lawyer go through the fine print of his contract.  Goldwyn was right; there was noting in the contract that allowed Wyler to refuse an assignment.  “At the end I had to do it.  I don’t think it helped much.  The best parts–the first half hour, were done by Hawks and the magnificent logger operations footage by second-unit director Richard Rosson.  When I finished, Goldwyn was still sore at Hawks and wanted to take his name off the picture altogether and give me credit alone.  I said, ‘Absolutely no’ and we had another blowup.  The Directors Guild was just being formed but was not yet recognized by the studios and there was no way of appealing or bringing to arbitration such a decision.  Goldwyn finally agreed to a half measure–putting both our names on the screen and I insisted that Hawks’s name come first and that’s how it appears–directed by Howard Hawks and William Wyler.  Needless to say, I don’t count Come and Get It as one of my pictures.”  All of which didn’t prevent Hawks from directing a Gary Cooper vehicle for Goldwyn in 1941–the smash success Ball of Fire, which Hawks and Goldwyn remade, shot for shot, in 1948 as A Song is Born, this time starring Danny Kaye.