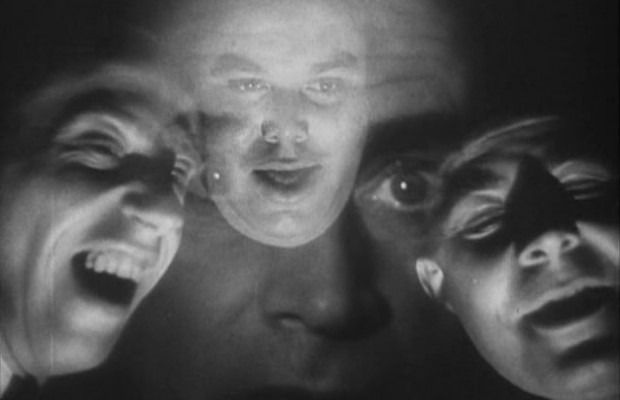 The Toronto Film Society presented Contraband on Monday, July 23, 2012 in a double bill with Candlelight in Algeria, as part of the Season 65 Summer Film Buff Series.

This wartime thriller shows how a Danish merchant captain and a glamorous British agent round up a Nazi spy ring.

A print of Contraband was viewed by the PCA staff on 17 May 1940 and that same day F.S. Harmon wrote to Selznick International Pictures, Inc., advising of its conformity to the Code subject to deletion of a few uses of ‘damn’, ‘Hell’ and ‘Good Lord’. Harmon also advised that the foreword stating the film was made with the cooperation of the British Admiralty, the British Ministry of Economic Warfare and the British Ministry of Information should appear on all prints in order that American viewers might have this in mind. In June 1940, producer-to-be Val Lewton indicated he was making further cuts to the film, which in August 1940, was retitled Blackout. A problem arose the following month in that Blackout was already registered with the Title Registration Bureau by producers Sam Goldwyn and Edward Small (both of whom apparently had a financial interest in the production). Small’s registration had lapsed, but because of the Goldwyn claim, the film was now to be a presentation of Samuel Goldwyn, Inc. It was that company which confirmed on 30 September 1940 that it had made the various required deletions and also advised the PCA that it had removed a dance sequence in which ‘colored’ and ‘white’ performers were shown together. Certificate No. 6507 was issued on 3 October 1940, and, cut to 80 minutes, Blackout was released by United Artists in November 1940. The local censorship board in Pennsylvania required elimination of a shot of Grimm being hit over the head with the butt of a revolver.

‘Banned in the USA’: British films in the United States and their Censorship, 1933-1960 by Anthony Slide

Michael Powell entered the film industry in 1925 through working with director Rex Ingram working at the Victorine Studios in Nice, France (the contact with Ingram was made through Powell’s father, who owned a hotel in Nice). He first started out as a general studio hand, the proverbial “gofer”: sweeping the floor, making coffee, fetching and carrying. Soon he progressed to other work such as stills photography, writing titles (for the silent films) and many other jobs including a few acting roles, usually as comic characters. Powell made his film début as a “comic English tourist” in The Magician (1926).

Returning to England in 1928, Powell worked at a diverse series of jobs for various filmmakers including as a stills photographer on Alfred Hitchcock’s silent film Champagne (1928). He also signed on in a similar role on Hitchcock’s first “talkie”, Blackmail (1929). In his autobiography, Powell claims he suggested the ending in the British Museum which was the first of Hitchcock’s “monumental” climaxes to his films. Powell and Hitchcock remained friends for the remainder of Hitchcock’s life.

After scriptwriting on two productions, Powell entered into a partnership with American producer Jerry Jackson in 1931 to make “quota quickies”, Powell began to direct hour-long films needed to satisfy a legal requirement that British cinemas screen a certain quota of British films. During this period, he developed his directing skills, sometimes making up to seven films a year.

Although he had taken on some directing responsibilities in other films, Powell had his first screen credit as a director on Two Crowded Hours (1931). This thriller was considered a modest success at the box office despite its limited budget. From 1931 to 1936, Powell was the director of 23 films, including the critically received Red Ensign (1934) and The Phantom Light (1935).

By 1939, Powell had been hired as a contract director by Alexander Korda on the strength of The Edge of the World. Korda set him to work on some projects such as Burmese Silver that were subsequently cancelled. Nonetheless, Powell was brought in to save a film that was being made as a vehicle for two of Korda’s star players, Conrad Veidt and Valerie Hobson. The film was The Spy in Black, where Powell first met Emeric Pressburger.

In 1927 Powell married Gloria Mary Rouger, an American dancer; they were married in France and stayed together for only three weeks. During the 1940s, Powell had love affairs with actresses Deborah Kerr and Kathleen Byron. From 1 July 1943 until her death on 5 July 1983, Powell was married to Frances “Frankie” May Reidy, the daughter of medical practitioner Jerome Reidy; they had two sons: Kevin Michael Powell (b. 1945) and Columba Jerome Reidy Powell (b. 1951). He also lived with actress Pamela Brown for many years until her death from cancer in 1975.

Subsequently, Powell was married to editor Thelma Schoonmaker from 19 May 1984 until his own death from cancer at his home in Avening, Gloucestershire.

I also had the privilege of meeting Michael Powell sometime in the 1980s when I was visitng with TFS friend, William K. Everson. We all spent the day together and went on a train ride somewhere (I don’t remember where anymore) and I had a little movie camera with me. This was before video cameras. I remember Mr. Powell helped show me how to view images through the camera. Unfortunately, his magic did not rub off and I did not become a filmmaker. Later that day, after we arrived back at Bill Everson’s apartment, I answered the phone and Mr. Powell’s wife, Thelma Schoonmaker, asked to speak to “Michael”. That’s my little story about rubbing elbows with the famous.

Veidt was born in a working-class district of Berlin, Germany, the son of Amalie Marie (née Gohtz) and Phillip Heinrich Veidt. (Some biographies wrongly state that he was born in Potsdam, probably on the basis of an early claim on his part.) His family was Protestant.

In 1914, Veidt met actress Lucie Mannheim, with whom he began a relationship. Later in the year Veidt was drafted into the German Army during World War I. In 1915, Veidt was sent to the Eastern Front as a noncommissioned officer and took part in the Battle of Warsaw. He contracted jaundice and pneumonia, and had to be evacuated to a hospital on the Baltic Sea. While recuperating, he received a letter from Mannheim informing him that she had found work at a theater in Libau. Intrigued, Veidt applied for the theater as well. As his condition had not improved, the army allowed him to join the theater so that he could entertain the troops. While performing at the theater his relationship with Mannheim ended. In late 1916, he was reexamined by the Army and deemed unfit for service and given a full discharge in January 1917. Veidt then returned to Berlin to pursue his acting career.

From 1916 until his death, he appeared in well over 100 films. He appeared in two of the best-known films of the silent era: as the murderous somnambulist Cesare in director Robert Wiene’s The Cabinet of Dr. Caligari (1920) with Werner Krauss and Lil Dagover and as a disfigured circus performer in The Man Who Laughs (1928). According to the Los Angeles Times, “Conrad Veidt starred in this semi-silent film based on Victor Hugo’s novel in which the son of a lord is punished for his father’s disrespect to the king by having his face carved into a permanent grin.” Veidt also starred in other classic silent horror films such a The Hands of Orlac in 1929 (again directed by Robert Weine), The Student of Prague in 1926 and ,b>Waxworks in 1924 where he played Ivan the Terrible.

Veidt also appeared in Magnus Hirschfeld’s pioneering gay rights film Anders als die Andern (Different from the Others, 1919), in which he played what is probably the first gay character written especially for the cinema, and in Das Land ohne Frauen (1929), Germany’s first talking picture.

He moved to Hollywood and made a few films in the twenties but the advent of talking pictures and his broken English made him return to Germany.

Veidt fervently opposed the Nazi regime, motivating him to emigrate from Germany in 1933 a week after marrying Illona Prager, a Jewish woman. He settled in the United Kingdom, perfected his English and became a British citizen in 1938.

He continued making films in Britain, notably three with director Michael Powell: The Spy in Black (1939), Contraband (1940) and The Thief of Bagdad (1940).

In the 1940s he moved back to Hollywood, California, and starred in a few films, such as Nazi Agent (1942), in which he had a dual role as a Nazi and as the Nazi’s twin brother, but his best remembered role was as Major Heinrich Strasser in Casablanca (1942). He found himself invariably playing the very characters he detested.

It has been reported, though not verified, that Veidt identified himself as Jewish on Nazi questionnaires as an act of protest. This may be the source of inaccurate claims that he either converted to Judaism or was Jewish by birth. Conrad Veidt married three times, his first marriage to Augusta Holl, a famous cabaret entertainer known as “Gussy”, took place on June 18, 1918 and ended in divorce the following autumn. Gussy later married German actor Emil Jannings. Veidt married a woman from an aristocratic German family, Felicitas Radke, in 1923. Their daughter, Vera Viola Maria, called Viola, was born August 10, 1925. His last marriage came in 1933, to Ilona Prager, called Lily, and lasted until his death.

He loaned his considerable fortune to the British Government and donated large amounts of his film salaries to help with the British war effort.

He died suddenly of a heart attack in 1943 while playing golf in Los Angeles. In 1998, his ashes were interred at the Golders Green Crematorium in London.

“Contraband” is the last film that Connie ever made in Great Britain, after he left to Hollywood in 1940. This motion picture was very successful in the USA (where Connie promoted it personally, as he had his own profit shares that were eventually donated for good causes during the war) and it reunited the Powell and Pressburger team. Conrad co-starred again with Valerie Hobson, with whom he became good friends – the sort of equal-to-equal relationship, or brother and sister. This is visible also on screen, and does a lot of good to the film, too. “Contraband” is an exciting spy film, and some people even dared to compare it with Hitchcock’s suspensful motion pictures – well, I wouldn’t go that far. This is a good film, but it certainly has its weaknesses. For instance, what was the use of presenting some nice girls with fake legs, or a lady that sings with a male voice?! Very foolish, almost kitschy, I would say. Too bad they cut out the scene with Connie and the actress that should have starred here as his leading lady. I refer to the beautiful and talented Deborah Kerr, one of Hollywood’s most famous actresses. Connie doesn’t have to do anything extraordinary in this film – he is just having fun, maybe because he takes it like a farewell party from his beloved English land. For the first time in ages he is a trully good person, who also gets the girl by the end of the film, after a very complicated and silly plot. For those who want to see how contraband and dangerous espionage are made during the night, then you will be happy with this production of 1940 (also known as “Blackout” in the USA, perhaps because the Americans didn’t quite know what “contraband” really meant).