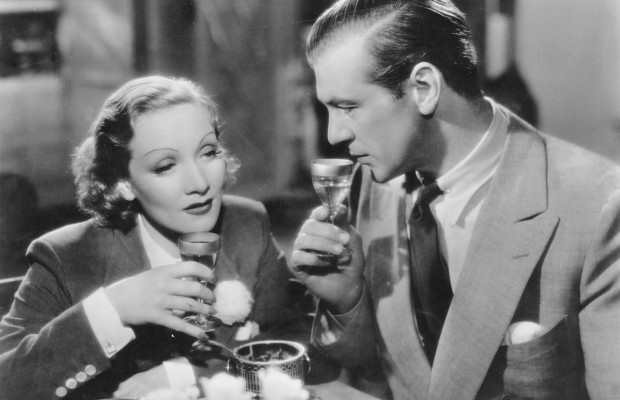 Toronto Film Society presented Desire (1936) on Sunday, April 10, 1983 in a double bill with The Lady Eve as part of the Season 35 Sunday Afternoon Film Buffs Series “A”, Programme 9.

Featured in Desire are two of Hollywood’s most distinctive and memorable performers: Marlene Dietrich and Gary Cooper.  To watch them in this picture, near the peak of their careers, is to understand one of the basics of movie making: that stars are created by the camera as much as anything else.  In the case of the legendary Dietrich, of course, it was the smoldering, sensual expression, the sleepy eyes which the camera caught; with Cooper it was the craggy face with the clean, honest expression the tall, lanky frame, tense as a coiled spring.  This is not, of course, downplaying the superb acting ability which both possessed.

In Desire, Cooper was playing the role of an American car designer visiting Europe.  This is not the type of part for which he is chiefly remembered: most people think of Gary Cooper as a hero of Westerns.  Yet during his career, spanning almost 35 years, the man from Montana played a wide variety of parts: a WWI hero, an architect, a Quaker, a frontiersman, a baseball player, a naval officer, a physics professor, and even explorer Marco Polo.  Ironically this actor who was considered the ideal American on the screen was born of British parents in the U.S. and was schooled in England.  He died in 1961, after filming The Naked Edge in England opposite Deborah Kerr.

Germany’s Marlene Dietrich had made her Hollywood debut in the early 1930s after triumphing in Der Blaue Engel in her native country.  A succession of films directed by Josef von Sternberg with Dietrich in Hollywood firmly established her as the mysterious, alluring yet remote femme fatale, a part she played in numerous variations throughout her long career.  Today the legendary Marlene is essentially retired. 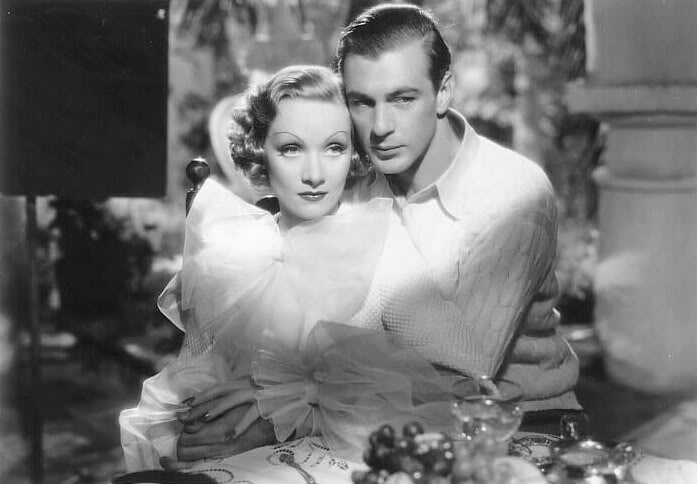 In today’s film she plays a European jewel thief who meets and falls in love with Cooper, who is vacationing on the Continent.  Producer Ernst Lubitsch, best known as a director, was fond of setting films in his native Europe.  The theme of the naive American (in this case, Cooper) encountering a sophisticated European (Dietrich) was always a popular one.  In those distant days, when the world was so much bigger and the possibility of a trip to Europe not eve a remote dream for most Americans, the Continent had an allure, a fascination which producers exploited in movies time and again.  Of course, such pictures were seldom actually filmed there.  An illusion of being in Europe would be created by means of stock shots, process work, on-location doubles for the stars, and elaborate sets on the backlot.

Although the celebrated Lubitsch didn’t direct Desire, the famous Lubitsch Touch is present: the exotic locales, the glamour, the wit, the sophistication–and, above all, the smooth interplay, the polished professionalsim of players such as Dietrich and Cooper.  Simply to watch these screen legends again in a treat.