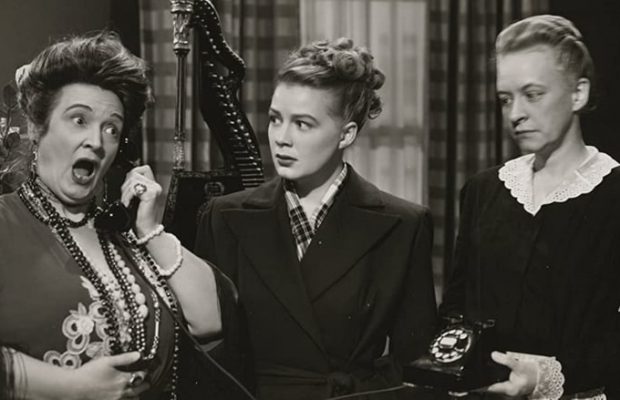 Tonight’s first feature is directed by Mitchell Leisen, who is very well known to TFS members.  TFS featured leisen’s work in its 39th Summer Series.  Mitchell Leisen started his career in cinema as a Costume Designer, including Robin Hood, and The Thief of Bagdad both with Douglas Fairbanks; as a Set Designer, including Cecil B. DeMille’s The Road to Yesterday which TFS showed in Rochester; and as an Art Director, including The King of Kings, The Godless Girl, Dynamite, all directed by DeMille.  Mitch Leisen made his debute as a director in 1933 with the film Cradle Song.  He went on to direct such films as Death Takes a Holiday, Remember the Night, Swing High, Swing Low, Easy Living, Midnight, and Hands Across the Table.

Leisen’s Dream Girl is based on a play written by Elmer Rice.  Rice originally wrote the play as a vehicle for his wife, Betty Field.  When Paramount bought the rights to the play for a reported $200,000, Betty Field was expected to recreate her role of a female Walter Mitty for the screen.  However, she was replaced by Betty Hutton who had more box-office power.  There were different views to the merit of this cast change.  A critic from the New York Times had this to say about Betty Hutton: “a dud”, and “total miscast”.  Whereas David Shipman in his book The Great Movie Stars says this about Betty Hutton: “She gave a thoughtful performance in the underrated movie Dream Girl“.  Variety also had favourable things to say: “As the self-preoccupied heroine, Betty Hutton gives one of her most skillful performances to date”. 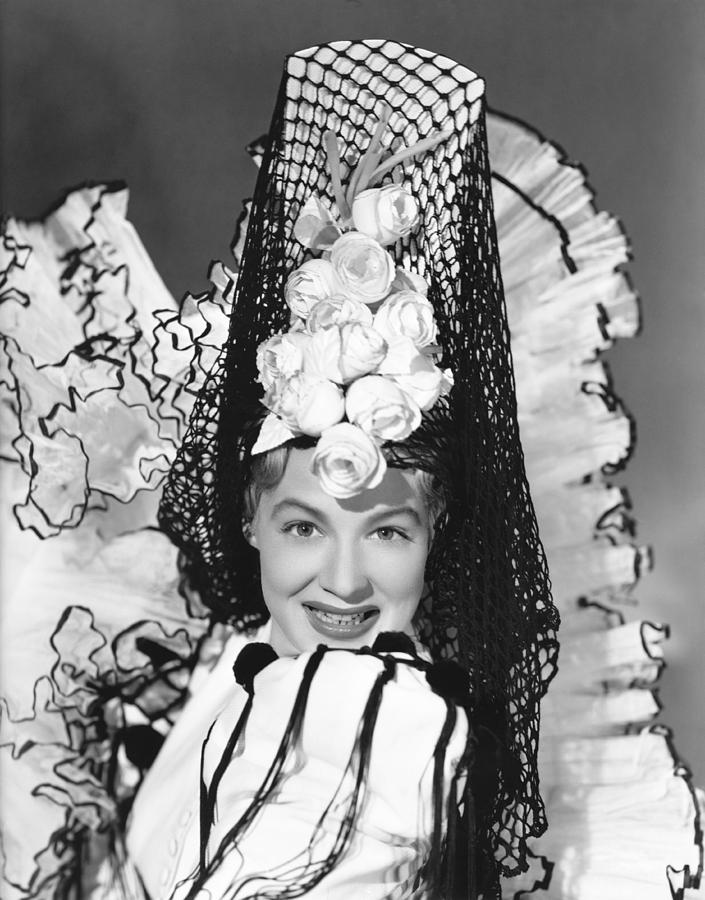 Betty Hutton is best known for her role in such films as The Stork Club, Cross My Heart, The Perils of Pauline, Let’s Dance, Annie Get Your Gun, and The Greatest Show on Earth.  Hutton who was from Paramount replaced Judy Garland in MGM’s Annie Get Your Gun when Garland became too ill to carry on with the film.  Other candidates for replacing Judy Garland were Judy Canova from Republic, Doris Day from Warner Bros., and Betty Garrett from MGM.  It is reported that MGMG paid Hutton $150,000 for the picture and later tried unsuccessfully to buy her contract from Paramount.  In recent years Betty Hutton has been seen in several television commercials.  She has been quoted in several interviews as saying that she is waiting to make a comeback to films.

The film was released July 27, 1948 to mixed reviews.  A critic from Variety had this to say: “Paramount has turned out a sure box office winner in this film version of Elmer Rice’s smash play of two seasons ago.  The picture is strong comedy, with a few moving scenes…  The screen treatment is naturally and perhaps properly broader than the original play.  This results primarily from the production and from Mitchell Leisen’s direction…”.  The New York Times gave the film a very different review:  “Mr. Leisen has forgotten that motion pictures should move and not bog down in soggy stretches of back-and-forth he-and-she talk.  No matter how bright the conversation–and some of Mr. Rice’s lines are bright–too much sitting down and talking usually makes for a wearying film…  Paramount and Mitchell Leisen have done a couple of unforgivable things: they have ‘Hollywoodized’ the whole idea and then have drowned it in a torrent of words.”