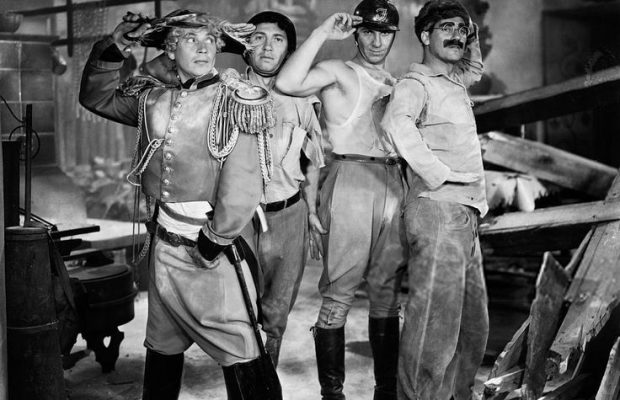 Besides introducing Larry Semon to our comedy series, this movie shows us Oliver Hardy in the period before he teamed up with Stan Laurel.  The action takes place in a motor race meeting.

Mack Sennett returns to one of his first loves, the Tin Lizzie.

Now that you’ve seen Laurel without Hardy and Hardy without Laurel, here they are together, the first and the best of all the two-man comedy teams. 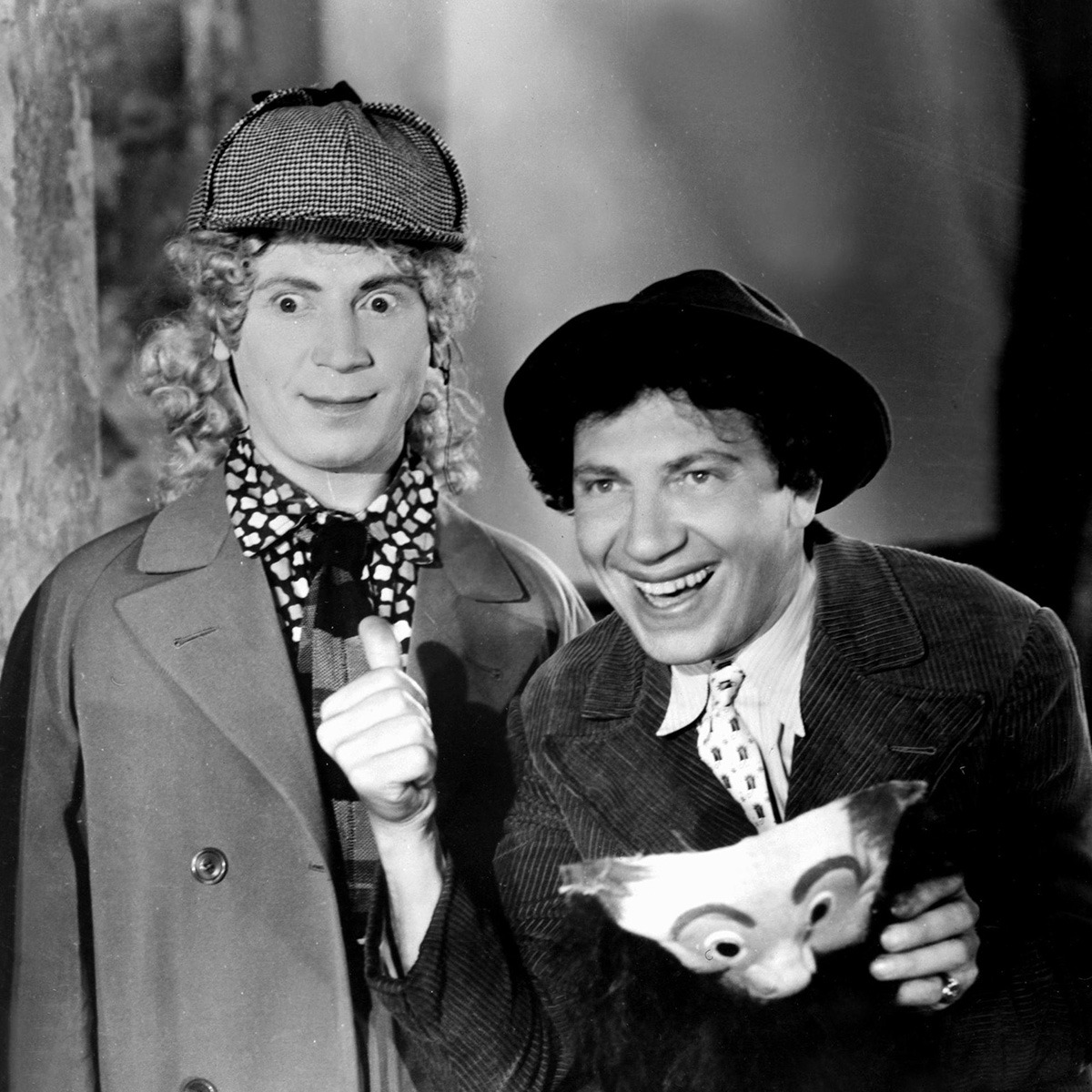 Duck Soup is my favourite Marx Bros. film and, I believe, their true masterwork, because it is pure, unadulterated and undiluted Marxism from start to finish–their only movie in which their divine madness is happily uninterrupted by romantic love-songs, inane “straight” plot situations, or even their own usual piano and harp solos, however enjoyable.  Blessedly in the future are those uneasy moments, however brief, when Harpo is reduced to playing the pitiful victim of a cruel “heavy”, or Groucho descends to being a kindly father-figure to young lovers.  (I shall not denounce by name the picture containing these ill-advised interludes, since we are going to show it this very summer–besides, it’s really a very good show anyway!).

Duck Soup–aside from the boys’ accustomed outrageous, iconoclastic and surrealist behaviour, some of their funniest gags and business, and the traditional grand insults suffered by that splendid lady Margaret Dumont at the hands of Groucho–also develops a line of really savage satire on war, patriotism, international intrigue and diplomacy that is more stinging than anything to be found in their other works.

I can’t think of a more fitting close to a Duck Soup note than to report that Mussolini (it is said) banned the great Brothers as “exemplars of the full flower of anti-Fascist culture”!

Footnote:  Duck Soup‘s director, Leo McCarey, added a touch of filmic facility not always apparent in their earlier, stage-based films.  Although he has been quoted as not finding the boys the easiest folk to work with (“You never knew what they were going to do next”), it’s hard to quarrel with the results of the association.  While his career has taken other turns, for many years McCarey was known as a comedy specialist; he has directed Laurel and Hardy, Harold Lloyd, W.C. Fields, Mae West, Marie Dressler–as well as Gloria Swanson, Charles Laughton, Cary Grant and Irene Dunne in their more comic moods.  Next season’s TFS Main Series will include a McCarey double-bill–The Awful Truth and Make Way for Tomorrow.