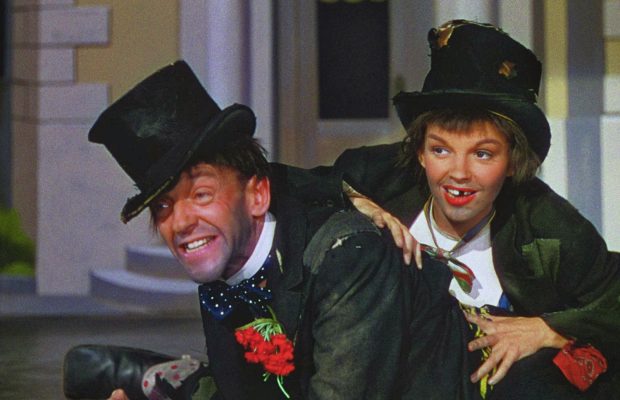 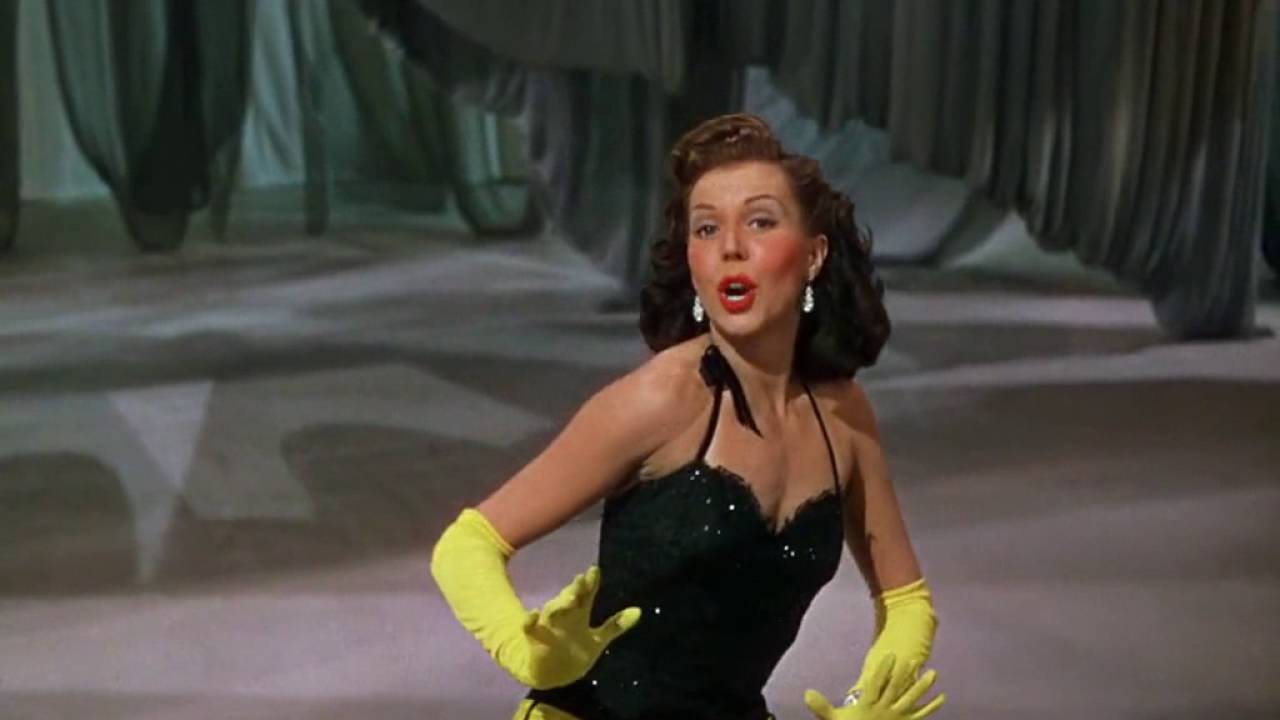 Easter Parade was originally planned to capitalize on the successful teaming of Gene Kelly with Judy Garland in The Pirate (1948).  However, Kelly broke his ankle soon after rehearsals had begun, not during rehearsals, as he told the studio, but playing touch football in his backyard.  Arthur Freed contacted Fred Astaire, who was in “semi-retirement” since filming Blue Skies two years before, and he agreed to do the film.  Another accident, Cyd Charisse’s broken leg, gave the part of Nadine Hale to Ann Miller, who, apparently, Irving Berlin was not too keen about.  If not the best, it is certainly one of the best roles Ann Miller has ever done, but it is mouthwatering to think what Cyd Charisse would have done with the part.  Apparently, making the picture was a very happy experience for all concerned, certainly about the last happy experience for Judy on any set.  Even during the filming, her weight problem was beginning.  Although most of the time she is quite trim, in the “Alabam” number she is noticeably chunkier.

It was Judy’s first and last picture with Fred Astaire.  She was to have starred with him The Barclays of Broadway, also directed by Charles Waters, but health problems caused her to back out, thereby opening the way for the reuniting of Astaire with Ginger Rogers.  Judy and Fred thoroughly enjoyed working together, and it shows in their performances.  A felicitous pair, and it is indeed unfortunate that this is the only film that united two of the greatest talents M-G-M ever had.

Director Charles Walters’ association with Judy Garland began with his career as a dance director in Presenting Lily Mars (1942)–he also danced with her in that picture and staged musical numbers in several of her other films, Girl Crazy (1943), Meet Me in St. Louis (1944), and The Harvey Girls (1945).  As well as staging, he also danced in Girl Crazy and in Abbot and Costello in Hollywood (1945)–in this one he was a dancing sailor with Frances Rafferty.  In Ziegfeld Follies (1945) he staged Judy’s “madame Crematon” number–a mock interview with dancing pressman which had been turned down by Greer Garson because her husband thought it beneath her dignity.  Following that came Summer Holiday (1947) and then his debut as a director, Good News (1947), followed by Easter Parade.  On Easter Parade he replaced Vincente Minnelli, the studio in its wisdom feeling that, psychologically, it might be better if husband and wife saw a little less of each other.

The following films in which Walters and Judy worked together were not happy experiences.  She was having a lot of problems which I’m sure everyone has heard about, so no need to recount them.  Annie Get Your Gun (1950) seemed to come with built-in problems.  Jerome Kern was to have been the composer, but had died, so Irving Berlin was called in.  John Raitt was vocally fine but unphotogenic, so Howard Keel got the part of Frank Butler.  After filming started, Frank Morgan died and was replaced by Louis Calhern.  Walters lost the directorial assignment over contract problems and was replaced by Judy’s nemesis, Busby Berkeley.  Why she agreed to do the film with him as director is a mystery.  She disliked his style, lots of shouting and ordering about, and had had problems with him during the shooting of For Me and My Gal and Girl Crazy–he was replaced on the latter one by Norman Taurog.  All this did not augur well for the picture, and the early rushes were disastrous.  Busby was fired and Walters brought back.  However, it was too late.  Judy was a wreck and withdrew, and the picture was shut down, and when the cameras started rolling again, Betty Hutton had replaced Judy, and George Sidney was the director. 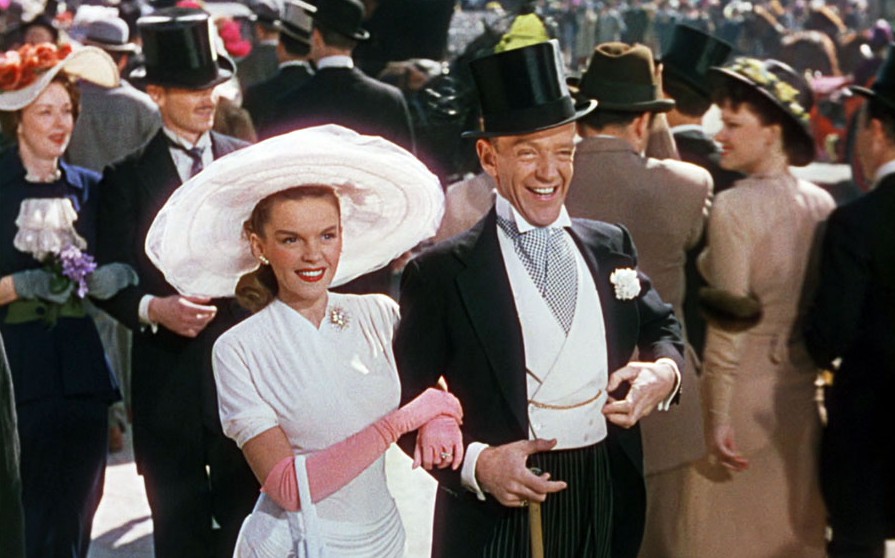 Their last picture together was Summer Stock (1950), which was also Judy’s last picture for M-G-M.  She was forced to do the picture, but was quite unwell–nerves shot and with a noticeable weight problem.  Walters’ next film was to have been Royal Wedding; but when M-G-M replaced June Allyson with Judy, fit again after a good rest, Walters bowed out.  He told Arthur Freed, “I’m sorry, but I cannot go through it again.  I’ve just spent a year and a half of my life with her and I’m ready for a mental institution.  Take me off!.”  Stanley Donen was assigned to the job.  This could have been another chance to reunite Judy and Astaire, but her health steadily deteriorated and finally her contract was suspended.  Judy Garland’s long association with M-G-M had come to an end.

Walters went on to direct a number of other films, including Lili (1952; his personal favourite), Torch Song (1954), Joan Crawford’s first colour film and her fist musical in 25 years (he also danced with her in this film), Jumbo (1962), and The Unsinkable Molly Brown (1954).

As Andrew Arris has said of Walters, “His sensibility is pitched at a certain level of fakery and remains there consistently….  At the very least, his films almost invariably turn out being more entertaining than their subject and title would indicate.  Walters is too often arch and affected for comfort, but his direction of players is never lacking in knowledgeable subtlety.”