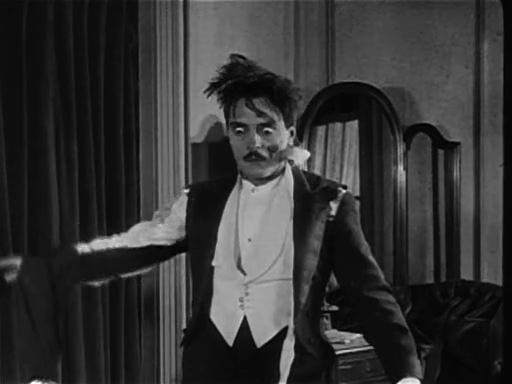 An Evening of Early Shorts

In the ‘teens and ’20’s, shorts played a role in movie comedy equal to, if not greater than, features, and even into the ’30’s some of the best comedies were shorts.  In more recent time the importance of shorts has declined, but the tradition continues, particularly in animated cartoons.  Our 1967 Summer Series is well stocked with shorts, more so than would be the case in our normal programmes.  We suggest you view the succeeding programmes not so much as features accompanied by shorts, but as double views of comedy style–the long and the short of it.  For openers we give you a whole evening of shorts, in the case of the Max Linders compiled into a “feature”.  We begin with:

The earliest movie in our Summer Series was produced by Cinès and was directed by and stars Tontolino (also called Poidor).  These Italian comedies were whimsical inventions using gags, tricks, absurd adventures and sorcery.

Mack Sennett, a Canadian, ran the greatest laugh factory the world has ever known.  His humour was unsubtle, open-hearted, never nasty, a poetry of pandemonium.  His work as actor, director and producer left him with a face deeply creased by laugh lines and left the world a legacy of gags that keep being repeated in movie after movie, even to the present time.  But there has never been anything like the original, and there never will be again, alas.  As well as the four presented this evening, there are a number of other Sennetts coming up in the later programmes.

Sennett appears as a “heavy” in this one, as I recall, and the hero is the real Barney Oldfield, the first of the truly great racing car drivers.  Old-car buffs will drool over this one.  (Placed 21st in the international critics’ poll.)

Cars played a leading part in Mack Sennett’s comedies–in this case the “star” is a new Ford Model T.  Since this was originally a two-reeler, we presume the print we are showing is incomplete.

Certainly one of Sennett’s greatest discoveries (and he brought more comedy talent to the screen than any man before or since) was the little man with the indescribably comic style–Harry Langdon–seen here in one of his earlier movies.

Compiled by Maud Max Linder from three of her father’s films: Be My Wife (1921), The Three Must-Get-Theres (1922), Seven Years Bad Luck (1923), all made in USA.  Introduction by René Clair.  Music by Gérard Calvi.  Sound Effects by Serge Depannemacker.

Max Linder himself wrote, directed and starred in each of the films from which the extracts were taken, just as he usually did in the hundreds of other films he made.

(For the sake of brevity, complete cast lists will not be included here, but may be seen on the counter outside the entrance to the theatre, or in Monthly Film Bulletin, November 1964.) 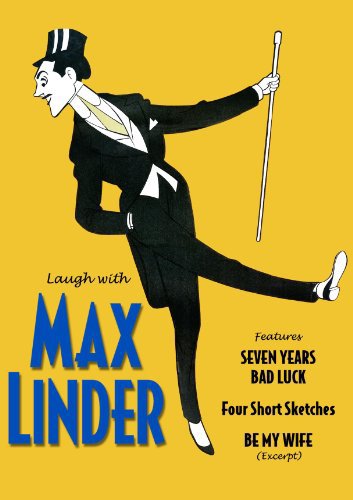 Be My Wife was Typical of the style this great comedian had developed in his French-made films.  On the other hand, The Three Must-Get-Theres was a burlesque of Douglas Fairbanks.  Seven Years Bad Luck was done in his more usual manner.

Linder was born Gabriel Leuville in 1882 and after being a precocious mimic in his childhood, he entered the Bordeaux Conservatory.  In that dramatic academy he won first prize for comedy and second prize for tragedy.  With such a beginning he soon worked his way up to the Parisian stage.  Since the people of the legitimate theatre had a prejudice against movies he took the name Max Linder as a cover. 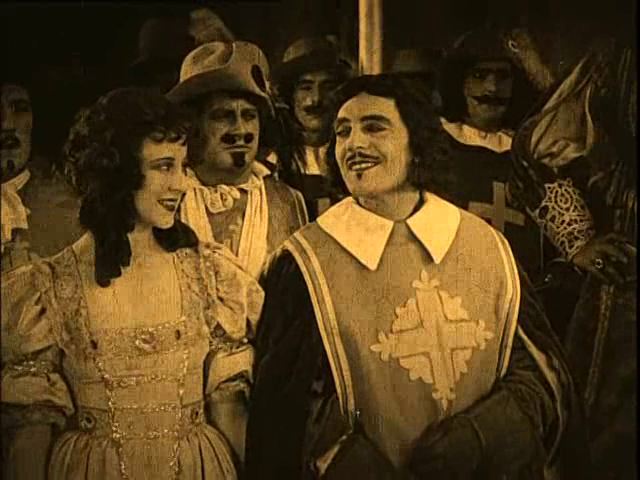 Linder made so many short films (after it became apparent from his several tours that he had become the movies’ first true star) that no one seems to know exactly how many, and even the most reputable of movie historians are at odds in their estimates.  Certainly it is true that his short comedies used to run around this country for years and years.

Mack Sennett stated more than once that he owed a great deal to Linder, and such is a matter of printed record.  Something similar is true of Linder’s relationship to Chaplin, which is not at all surprising since they lived next door to each other in Hollywood and were friends, often discussing their problems in the studio. 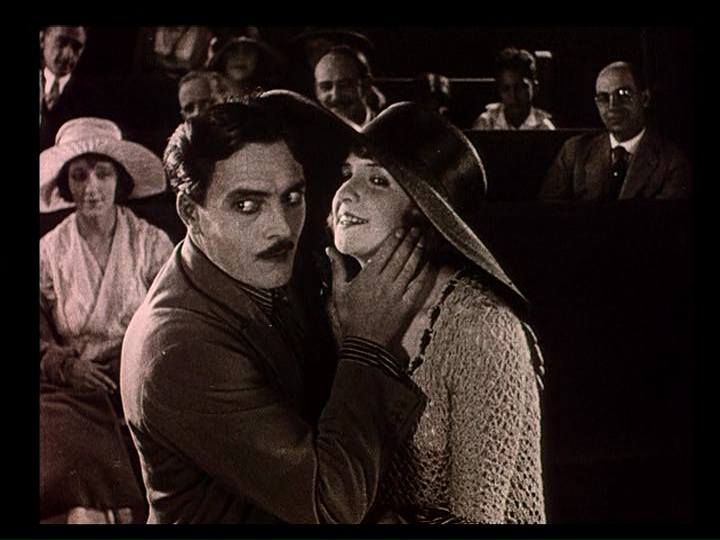 It may be a surprise, after viewing En Compagnie de Max Linder, to realize that Linder’s films were not very popular at the box office in the United States, in contrast to their enormous success in Europe.  On the other hand, many comedians who were successful and popular owed much to him.  If, after seeing this film tonight, you later see Adolphe Menjou, Raymond Griffith and others, it may strike you that you are observing Linder’s influence.