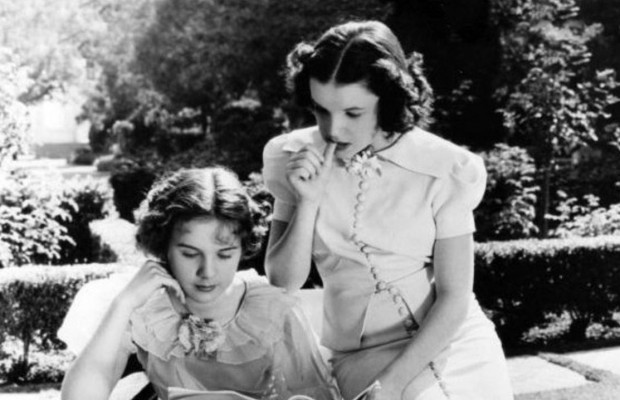 Toronto Film Society presented the short Every Sunday (1936) on Monday, November 29, 1976 in a double bill with Three Smart Girls and His Butler’s Sister as part of the Season 29 Monday Evening Film Buff Series, Programme 3.

“The real pleasure to be found in this movie, though, is in witnessing the sheer youthfulness of the two girls–each a singular synthesis of prettiness and gaucherie.  Deann’s diffidence and Judy’s explosive exuberance are touchingly recorded, and what we see is something far removed from the facile charms of most juvenile performers.” – Christopher Finch, Rainbow

“I couldn’t get over how those two little girls–Deanna Durbin and Judy Garland–could belt out songs with such big voices from such little chests and bodies.  Usually, strong singers are big-chested.” – Joe Pasternak, Judy