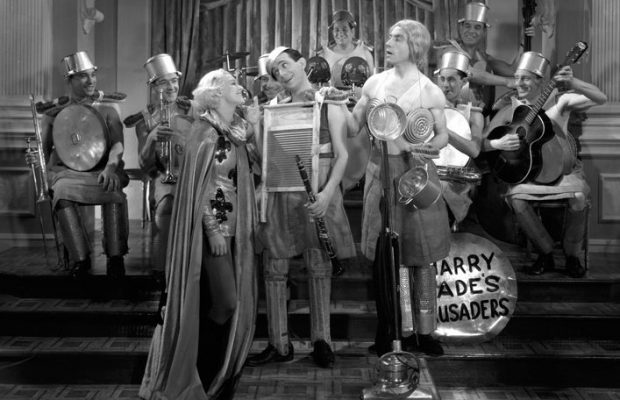 Toronto Film Society presented Everything is Rhythm (1936) on Monday, November 27, 1989 in a double bill with It’s in the Air as part of the Season 42 Monday Evening Film Buffs Series “B”, Programme 4. 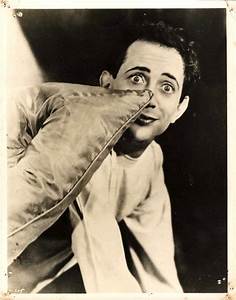 Once upon a time…  No better start to a description of this delightful, totally improbable film from Britain, made at a time when a ticket to the movies meant a chance to put aside all reality and escape from a real world which so soon would see the laughter and fun replaced by the horrors of war.  It’s the fairy-tale story of a struggling bandleader, his hotel hallway meeting and romance with a Princess from Moravia (one expects to see Peter Sellers popping up with Margaret Rutherford at any moment).

The two naturally fall in love, but she is betrothed to the mandatory stuffy Russian Count.  She is quickly taken back to her own country, and a note professing her love for Wade (Harry Roy) is torn up and replaced with one which leads the bandleader to believe that he has been taken for a fool.  The heartbroken Wade takes his band on a world tour, which travels through the world hitting every major country and, of course, Moravia.  This leads to the reconciliation and a finale which has to be seen, and even the, won’t be believed…

This is not a put-down of the film, it is rather a warning that it is a fun film…not one meant for thinking.  Art deco lovers will be in ecstasy as they see the opulent sets.  Music and dance lovers will be delighted with the sound of the Harry Roy Band and the production numbers.  And, anyone who has a funny-bone of any size will find it tickled by the on-screen antics.

The film has that unique simplicity, yet elegance that typified British musical productions of the 1930’s.  There is a certain roughness to it, which seems at the same time to fit the production.  Bill Everson on Harry Roy: “Roy was one of the bigger band names in England in the 1930’s.  I’d say that Henry Hall (who could be compared to Lawrence Welk) was about the biggest, with Billy Cotton and Ambrose tying with Roy in tird place.  However, I was never much of a big-band buff, so my priorities may be wrong historically.  In England, all of these bandleaders made two or three movies.  Roy made two or three, and these were pretty good.  Roy was quite a showman, and made much on publicity that he was married to a Hawaiian princess (Princess Pearl – Pearl Vyner Brooke), who plays Princess Paula in Everything is Rhythm.  Records by the Harry Roy Orchestra still sell in nostalgia stores in Britain, and into the 80’s when a London theatre put on a memory-type show, he would conduct the orchestra, or in some way be connected with the production of the show.”

There is no American review of the film until August of 1940, about four years after its original release.  And the running time of the film in North America had been cut by almost 10 minutes.  The Variety review terms the effort “fairly amusing”, but notes the chances of American success of the film are quite slight since the case names are unknown on this side of the ocean.

Variety continues with: “The story, woven around Roy and a Princess, holds the attention in spite of dialog that fails to stir and performances which for the most part are stilted.  Both Roy and Princess Pearl (claimed to be the genuine article) are the romantic leads.  They are engaging as personalities, but green as artists before a camera.  This is Roy’s first picture.  The band is all right rather than sensational, and some of the song and dance numbers with Roy, Bill Currie and others, plus numerous bits, are hardly more than passable.  Big spot for the hand and sever bits, songs and the like, are provided by an engagement played in Moravia, where the reconciliation takes place.  Other numbers by Cyril Ray and Jack Meskill are “You’re the Last Word in Love”, “Black Minnie’s Got The Blues”, “Internationale”.  Roy himself wrote “Life is Empty Without Love”, a quite listenable song, “No Words, NO Anything” and “Cheerful Blues”.

So, be prepared to watch a film that is somewhat less than a classic, seldom seen, and very much fun.