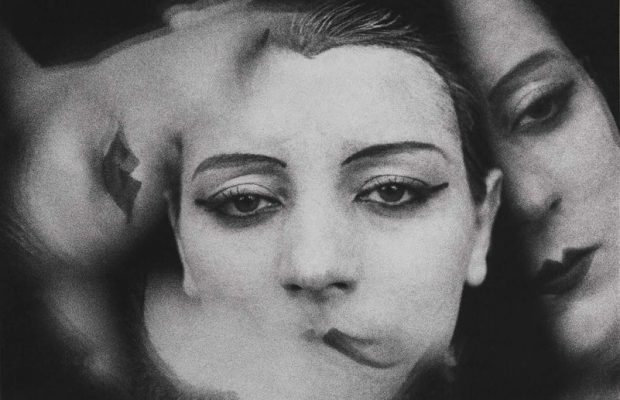 The programme will open with one of Laurel and Hardy’s best comedies, Big Business, which had been intended for another evening but arrived late.  One of our directors thinks it is “so mad that it’s almost surrealistic”–so perhaps it isn’t too out-of-place on this programme!

Every artistic activity has its spearhead, when new means of expression are being created for original thought or feeling.  In France, the impulse to analyze and explore the film medium led amateurs and professionals alike to undertake many experiments.  There was a tendency for commercial firms to encourage innovations and for individuals outside the industry to finance independent production.  The school of films which thus arose were “a testing ground–continually suggestive of new ideas, new shapes and angles, that might be of significance to the cinema proper”.  Some were formless and trivial, but many were full of vitality and invention.  The greatest liberty held sway over this epoch, resulting in a very complete examination of all the possibilities afforded by light and movement which can give the image on the screen the value of poetic image.  During this period Clair and Renoir, with dreams or fantastic tales as their pretexts, enriched their commercial films with similar inventions.  Their style of today is the outcome of their research of yesterday.  Their avant-garde has served them because when it came to technique they knew how to distinguish what might be gratuitous from what must be placed at the service of a subject.

The expression “abstract film” appears to have been used for the first time to describe Ballet Mecanique.  No designation could be more inept.  This remarkable picture, with its percussive impact and dynamic treatment, was far less abstract than Leger’s painting.  The human element predominated, either by direct representation (the close-ups of faces or fragments of faces and the scenes acted) or by the agency of kitchen  implements gracefully swinging through space: saucepans, though stripped of their utilitarian import, were perfectly recognizable and inexorably concrete.  Perhaps the film’s authors had abstracted themselves from dramatic, literary, documentary and other conventions–but not from the most openly representative pictorial influcens.  They discovered an extraordinary quality of jest and uneasiness in a scene repeated several times: a fat woman going upstairs and suddenly finding herself at the bottom again as in a dream–giving the impression of a mechanical and cruelly repetitious destiny.

The work of Mme. Dulac, one of the few women directors, reflects her intelligence, refinement and sensitivity.  The Smiling Madame Beudet is of real significance, an adaptation from a play illustrating the theory that silence is often more eloquent than words.  This middle-class tragedy, filmed with skill and subtlety, has the tone and the slender tautness of theme of a Maupassant short story.  The psychological analysis is truer to life, the characters more thoughtfully developed, than was usual in that day.  The direction is both sensitive and bold, expressing (with what was, at the time, signal originality) by pictorial means, the atmosphere and implications of this study of domestic conflicts.

The film offers a great chance to imaginative film-makers to create special kinds of fantasy which belong only to itself.  Rene Clair has been the most successful creator of this kind of film; in fact France bred almost all her great directors in this experimental school before they turned to actuality in their later, better-known films.  Clair, however, has made almost all his films in this style, from his early curious film-ballet of strange, wholly absurd images called Entr’acte, to A Nous la Liberte, I Married a Witch and Les Belles-de-Nuit.

Entr’acte is impossible to describe: it must be seen.  Originally made to be put on with a Swedish ballet, it miraculously preserve the whole spirit of a vanished, delightfully crazy period, ‘respecting nothing, save the need for sudden bursts of laughter’.  Humor and poetry mingle in it to a frenzied rhythm, and the same drollery as in Mack Sennett’s films, by which Clair was frankly influenced–a classic of absurdity, a macabre poem without a story, set in a dream world–a succession of themes that are droll rather than comical–a very special sort of burlesque: cold, calculated and completely detached.  It can be called a work of imagination because of its freedom, its fantasy, its atmosphere of unreality and especially its rhythm.  But it is the work of an exact mathematician–the editing carried out with a meticulous regard for detail and a minute, watch-maker-like precision.  The most famous of Dadaist films, it is marked by Dadaist use of explosive metaphor, surprise-effect, mystification.  There is throughout an underlying mockery of les snobs.  Clair brought into play all the arts of superimposition, quick cutting, and trick photography made fashionable by the Impressionists–but using them as a medium which was not allowed to obtrude or distract from the central action of the film.  If the film is born of pantomime for Chaplin, of painting for the German school, of music or even of the novel (for no real director can the film ever be born of the theatre), for Clair, after Entr’acte, the film seems to spring from dance and the ballet.

In French independent films of this period, narration by implication rather than direct observation became the sign of subtlety.  Films like Menilmontant told their stories almost entirely subjectively, using, as it were, a first-person camera.  Made at a minimum of expense and with poor equipment, but with the most loving care, by a young Russian emigre who had been a violinist in a Paris cinema, this is one of the most remarkable of amateur films.  Kirsanov’s use of a poetic imagery, his free cutting, above all the performance of Sibirskaya, entitle the picture to all the praise it elicited from European critics.  Like Murnau’s Last Laugh and very few others, it was made without subtitles.

Kirsanov was a poet who chose cinema as his medium of expression.  On Menilmontant, as he was always to do, he worked alone.  He has stated definitely that he had not been in contact with the French ‘avant-garde’, with whom he is often associated.  Making his elaborate dissolves and montages in the camera itself, he invented independently most of the techniques being developed at the same time, or later, by others better financed and more publicized.  Menilmontant exhibits in full maturity Kirsanov’s ability as photographer and editor.  The camera, with all its possibilities and limitations, is supreme, but is exploited only in so far as the mood and theme require and permit.  Too, this Russian director conveys more completely than any French contemporary (Clair excepted) the charm and poetry of the suburbs.  He gives us a perfect rendering of poetic themes in a visual medium.

Sources:  George Sadoul in French Film, Bardeche and Brasillach in History of the Film, Jacques Brunius in Experiment in the Film, Roger Manvell in The  Film and the Public, Museum of Modern Art Film Notes, Walter S. Michel in Film Culture, December 1957: In Memoriam of Dimitri Kirsanov, a Neglected Master