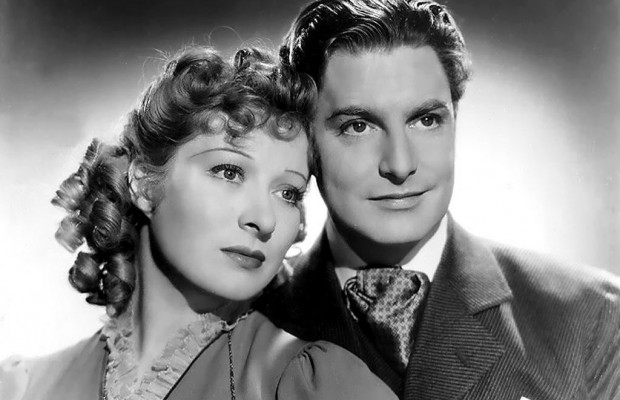 Metro’s Leo and the British lion still are on the very best of terms, a fact most pleasantly demonstrated last night when MGM’s London-made version of Goodbye, Mr. Chips had its premiere at the Astor.  James Hilton’s sentimental tribute to the English public school system and to its institutional Mr. Chipping of Brookfield has been rather tenderly done.  Alexander Woollcott and the other authorities who have been quoted in the ads may be guilty of whooping up its merits overmuch, but basically they are right: it is a serene, heart-warming and generally satisfactory film edition of an edifyingly sentimental novelette.  Like the story, the film is nostalgic: if we never knew a Mr. Chips, we should have known him.  He belongs to every young man’s past.

The Mr. Chips of the Hilton biography was the somewhat dull young pedant who came to Brookfield’s ivy-grown walls in his twenties, took quiet root there, languished miserably for a decade or two and then, under the tender cultivation of a woman’s hand, became such a human, quizzical and understanding person that all Brookfield eventually began to regard him as an institution.  He cracked academic jokes, reminded undergraduates at his teas that he had caned their grandfathers, took a philosophic view of wars and small boys’ appetites for walnut cakes, was a bit of a bore and a bit of an idol.  That was Mr. Chips.

Metro and its British aides have dealt with the chronicle affectionately, almost as though the centuried tradition and ingrained snobbery of the English public school system were our own.  They have given the picture its properly leisurely pace, have adapted the novel carefully so as not to rend the gossamer fabric of its idealization, have valiantly–and, on the whole, successfully–kept its sentimentality within bounds.  The book one muses over respectfully in the quiet of a study is apt to be coarsened, cheapened in its mutation to the imagery of the screen.  The film of Goodbye, Mr. Chips is not entirely an exception.  Some parts of it are brought home with eye-blackening vigor.  But on the whole it is admirable and right and comes honestly by its emotionalism.

Credit for that must be divided.  Mr. Hilton’s adapters obviously have stenciled each page of their script with a ‘handle with care’ and there is evidence that Director Sam Wood, Robert Donat, Greer Garson and the rest heeded their injunction.  They have played out the drama at their own leisurely pace, which was the appropriate tempo.  They have taken no unforgiveable liberties with the story, none at all with characterization, none with setting or atmosphere.  Mr. Hilton, after all, had merely sketched in his drama, notched the highlights of its action, summarized the dialogue.  The picture has no difficulty in using two hours to re-tell a story that was scarcely above short-story length.  Mr. Chips is worth its time.

Particularly is he worth it with Mr. Donat’s portrait of him.  It is an incredibly fine characterization, not merely for its ability to make its convincing transition from young schoolmaster to octogenarian institution, but for its subtle underlining–if underlining can be subtle–of the dramatic moments in an essentially undramatic life.  Chips was a reticent person.  Like an iceberg, two-thirds of him always was subsurface.  Mr. Donat has wisely understated him, played him softly, doubled his poignance.  It is only in his crochety years, when he is scampering across the campus in his tattered robe, that Chips seems a trifle overdrawn, a fraction on the cute and overacted side.  But that is just an impression and not deep enough to discredit an otherwise flawless performance.

Miss Garson’s Katherine–the assertive young woman who changed the dour Mr. Chipping into the lovable Mr. Chips–is altogether believable and quite entrancing.  Mr. Hilton deserves no credit for her at all.  He simply said that she was captivating and lively, that she soon had Chips, the boys and the masters worshipping at her feet.  Authors have a habit of inventing people like that, merely saying they are so and so, and not bothering to prove it.  But Miss Garson manages to fit the bill; more, to make it seem to do her an injustice.  Her Katherine is one of the nicest people we would hope to meet anywhere.

The others are as good, in their way, as the script lets them be, or as Mr. Hilton might have wished.  Terry Kilburn appears as the fresh-faced Peter Colleys–first, second and third; Paul Hernried is splendid as the German instructor; there are shrewd supporting bits by Louise Hampton as Mrs. Wickett, Milton Rosmer as Chatteris, Lyn Harding as Wetherby.  As Katherin remarks to Chips, ‘What a nice lot they are!’  And somehow that suits the picture.  What a nice one it is!

Robert Donat won the Oscar as Best Actor of 1939 for his role.  Paul Von Hernreid was an expatriate Austrian actor who made several films in Great Britain, including Carol Reed’s Night Train to Munich.  He moved on to Hollywood, changed his name to Paul Henreid and became a well known star.