Toronto Film Society presented Hallelujah, I’m a Bum (1933) on Sunday, January 6, 1985 in a double bill with Stormy Weather as part of the Season 37 Sunday Afternoon Film Buffs Series “A”, Programme 6. 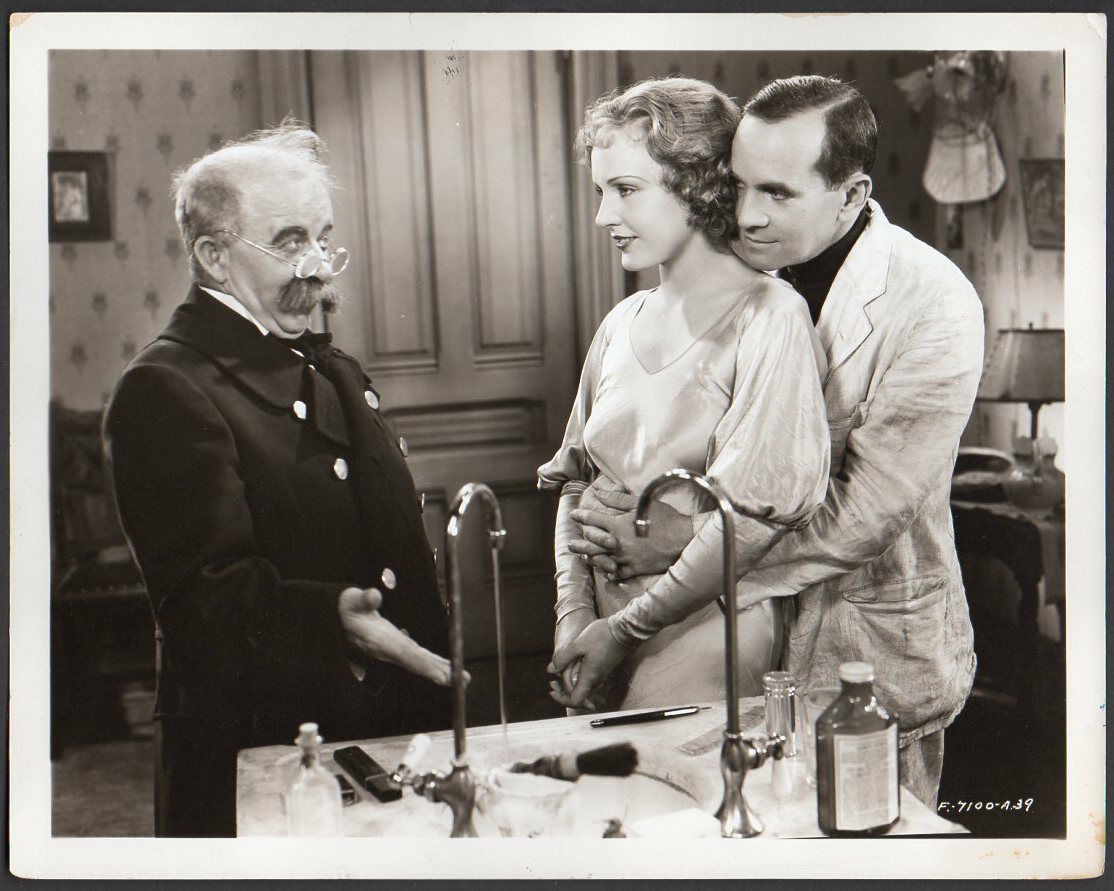 The story is that of Bumper (Al Jolson), the -“Mayor” of Central Park, whose constituents are hobos.  It takes the form of a tramps’ dream.  It is a story where the characters at times converse in rhyme, and on other occasions sing their opinions.  It was a combination which was enjoyed by the critics, but did not work with those who put down their money to buy tickets.  And, it was a time when people, who were feeling the Depression outside the theatre, did not want to take it inside with them.

For Al Jolson, who had been a pioneer of the “talkies” in The Jazz Singer, the film marked a return to the screen after a three year absence.  The New York Times called the picture, and the Jolson performance, “pleasing.”  However, it was later noted that Jolson himself was not totally comfortable in the unusual framework of the film.

The film was another less than successful attempt by Jolson to regain the screen prestige he had achieved earlier, and it failed to do that.  He continued to appear and star in films through the late ’30s, then was back in 1945 for Rhapsody in Blue, then contributed his voice to the “lip-sync” of Larry Parks for The Jolson Story (1946) and Jolson Sings Again (1949).  He died in 1950.

Director Lewis Milestone is reported to have been second choice, and was called in after the original director quit after one day because he could not work with Jolson.  Milestone was given a million dollar-plus budget, with first-rate casting and production values, but all for naught.  Many felt the film saw Jolson give his best screen performance, but, put bluntly, Americans of 1933 were not in the mood to be advised that the life of a hobo was the road to true happiness, especially by a star earning $25,000 a week.

Rodgers and Hart created two of the tunes: the title song, and the haunting “You Are Too Beautiful,” which was to become a standard.

Frank Morgan was another late addition, as the playboy Mayor, based on New York’s Jimmy Walker.  Morgan replaced Roland Young, when the latter became ill halfway through the shooting, which resulted in the re-shooting of the earlier scenes.

Harry Langdon, Chester Conklin, and Edgar Connor are all familiar faces from the days of silent comedy.

For Director Milestone, who died in 1980 at the age of 84, it might be termed “an interesting failure” rather than a bad film–for a man whose shelf housed two Oscars, including one for the 1930 classic All Quiet on the Western Front.