Toronto Film Society presented Harvey (1950) on Sunday, December 4, 1988 in a double bill with Once In a Lifetime as part of the Season 41 Sunday Afternoon Film Buffs Series “A”, Programme 3.

These days, the idea of glorifying a souse on stage or in film would be a pretty risky piece of business.  (Look at how Dudley Moore’s Arthur 2 On the Rocks sank like a stone.  Deservedly!  However, in 1944 Mary Chase pulled a six-foot-three-and-a-half-inch rabbit out of her playwright’s hat and turned out a prize-winning Broadway play, Harvey.  Frank Fay originated the role of the genial sous, Elwood P. Dowd, but many felt it was James Stewart, taking over the role from Fay, who pulled audiences closer to the heart and spirit of the play with his endearingly wistful portrait of the whimsical, imaginative alcoholic.

The film was successfully adopted by Miss Chase and Oscar Brodney and the supporting cast merely enhanced the story, starting with the inimitable Josephine Hull as Elwood’s sister, and including Victoria Horne and Jesse White, all three repeating their roles from the stage production.  Frank Fay’s work had been touching and amusing but Stewart’s work on the screen, some viewers felt, added a more personal, meaningful glow.  In 1947 James Stewart had accepted an offer to return to the Broadway stage as a summer replacement for Frank Fay.  Although he got good notices and subsequently replaced Fay, the films were where Stewart’s star really shone and he proved it bey receiving an Oscar nomination for Harvey. 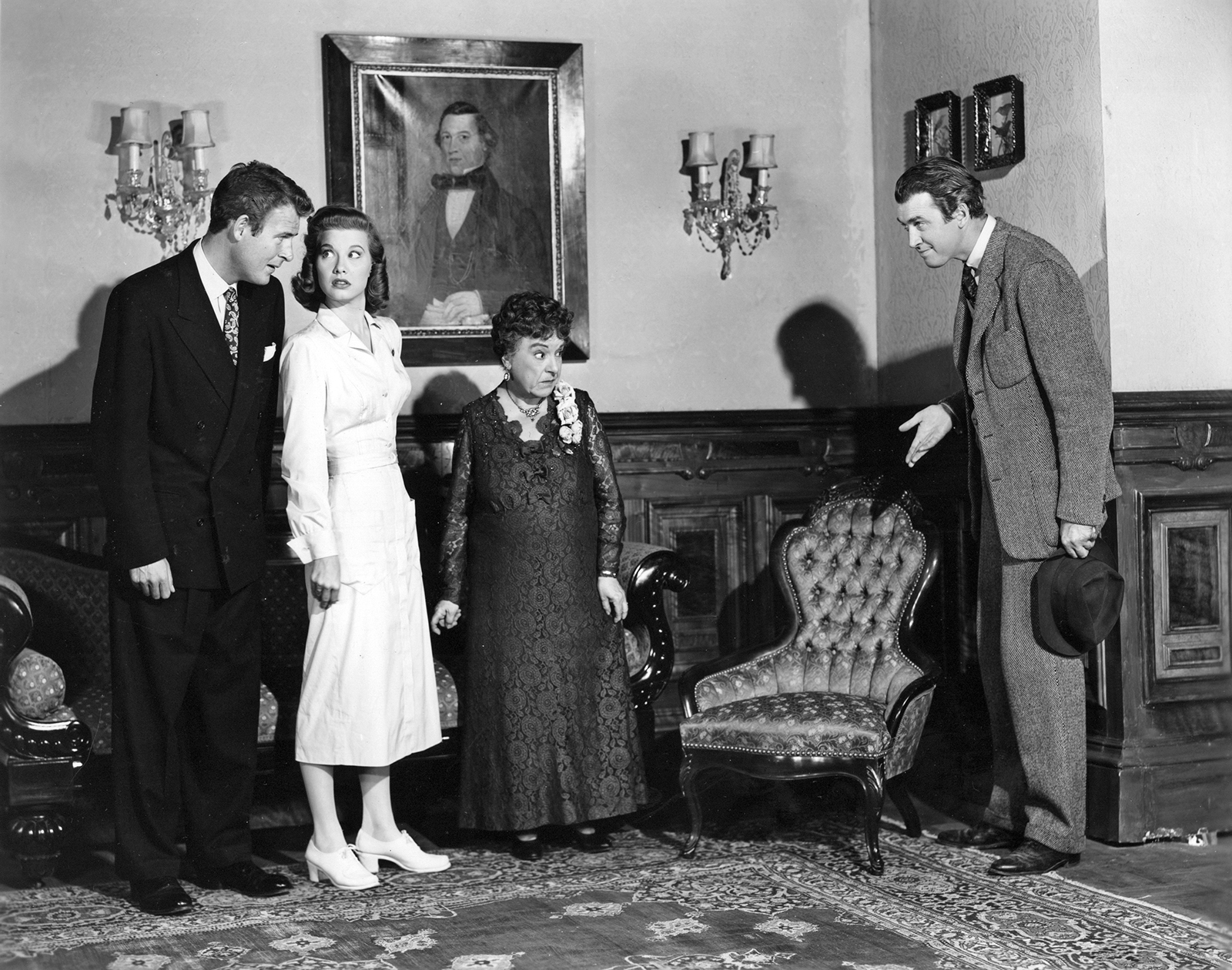 Twenty years later, with Helen Hayes as his co-star, he returned to Broadway in a triumphant revival of Harvey that brought him high personal acclaim.  The New York Daily News put it simply: “He is offering a master class in acting with each performance.”  The New York Times declared: “(This) production of Harvey restores James Stewart and a sense of innocence to the American theatre.  As Elwood (Stewart’s) garrulous, gentle presence is a delight.”  Typically, Stewart and his wife had retired to their hotel after the opening-night performance, eschewing the sophisticated East Coast ritual of waiting up for the reviews.  A good night’s sleep was more important.  Nor, apparently, had they read the reviews by midmorning when a friend telephoned congratulations.

Why had James Stewart decided to return to Broadway at that time?  He told The Sunday Times (July 20, 1970) that he and his wife “kind of welcomed the change.  We found ourselves sitting around Beverly Hills having conversations with our two dogs.”  He found Hollywood “a little quiet and depressing right now.”  The actor said that he had always loved the play and waited to do it again, at an appropriate age.  Apparently he wasn’t particularly satisfied with the movie version of his performance.  Whatever James Stewart’s retrospective opinion, Harvey remains one of the outstanding films he made during the 1950s.

To quote some of Variety‘s review of October 13, 1948: “The exploits of Elwood P. Dowd, a man who successfully escaped from trying reality when his six-foot rabbit pal came into his life, continually spring chuckles, often hilarity, as the footage unfolds.  Stewart would seem the perfect casting for the character so well does he convey the idea that escape from life into a pleasant half-world existence has many points in its favor.  Josephine Hull, the slightly balmy (sister) who wants to have Elwood committed is immense, socking the comedy for every bit of its worth.”  (Typical Variety hyperbole!)

“Film gets off to a happy start with Elwood venturing forth to his favorite bar to imbibe with the invisible Harvey and more visible barflies who put up with the rabbit because of free drinks.  First sparkling bit of fun comes in the musicale the sister is giving, hilariously broken up by Elwood’s unexpected return, and her subsequent determination to have him put away…

“There are innumerable little scenes spotted by Henry Koster’s knowing direction to continually brighten the unfoldment.  Some add a touch of gentle pathos to the humor, most effective in the overall entertainment.  Elwood’s alley explanation of how he first met Harvey is a solid scene among the many that spark the whimsey.”

Variety notes, quite rightly, that “no single cast member steals all the honors.  All troupe together as an enormously effective whole.”