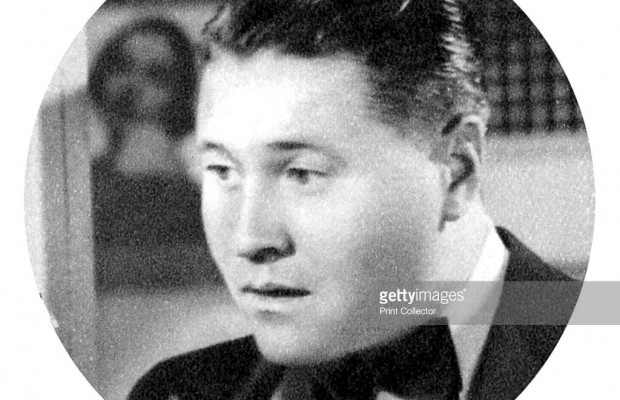 Toronto Film Society presented the short Hollywood Rhythm (1934) on Monday, December 4, 1978 in a double bill with The Glenn Miller Story and 100 Men and a Girl as part of the Season 31 Monday Evening Film Buff Series, Programme 4.

“Very little is known about the early years of Lyda Roberti, except that she was born in Warsaw, Poland, the daughter of the celebrated clown Roberti.  In her youth, she toured all over Europe with a small circus as a bareback rider and aerialist.  When the Russian Revolution broke out, she and her family escaped through Siberia to China, where she sang in a Shanghai club.  Finally coming to America, she and her sister, Manya, toured wherever there was work.  Lyda played in vaudeville and for a time appeared with a Fanchon and Marco unit.  She was discovered in Los Angeles by Jack Yellen and Lou Holtz, who brought her east to appear in You Said It (January 19, 1931, 46th Street).  After the show’s brief run, Lyda joined Holtz in a historic eight week run at the Palace, beginning on July 11, 1931.  From there she was shisked out to Hollywood where her comedy roles included Mata Machree, a riotously funny vamping spy in the classic dada-esque comedy Million Dollar Legs (Paramount, 1932).  In 1933, she returned to Broadway for two more musicals: Gershwin’s Pardon My English (January 20, 1933, Majestic) and Kern’s Roberta (November 18, 1933, New Amsterdam), in which she had top billing and played opposite a new comedian named Bob Hope.

“Upon her return to Hollywood, Paramount gave her a prize in College Rhythm (Paramount, 1934), in which two rival department stores decide to have a football game for publicity.  From that score, we hear on this album the only two commercial recordings ever made by this entirely delightful comedienne.

“On June 25, 1935, Lyda Roberti married Hugh (Bud) Ernst, her second husband.  From that ime on, her appearance grew fewer and fewer; and on March 12, 1938, she was found dead of a heart attack in her Hollywood home.  The papers said she was thirty-two years old, but other sources claim her birth date as May 20, 1909.  Whatever her real age, her premature passing robbed the entertainment world of one of the potentially giant comic personalities of all time.”