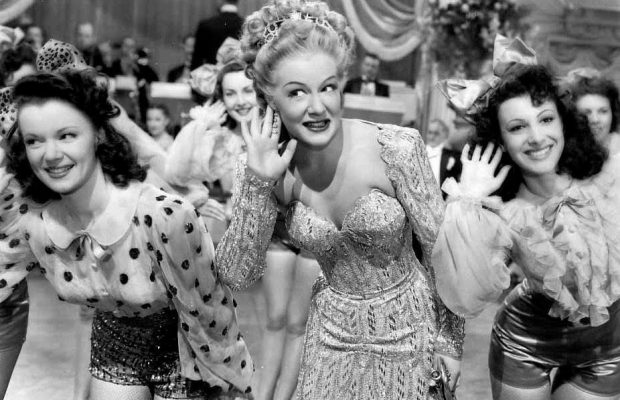 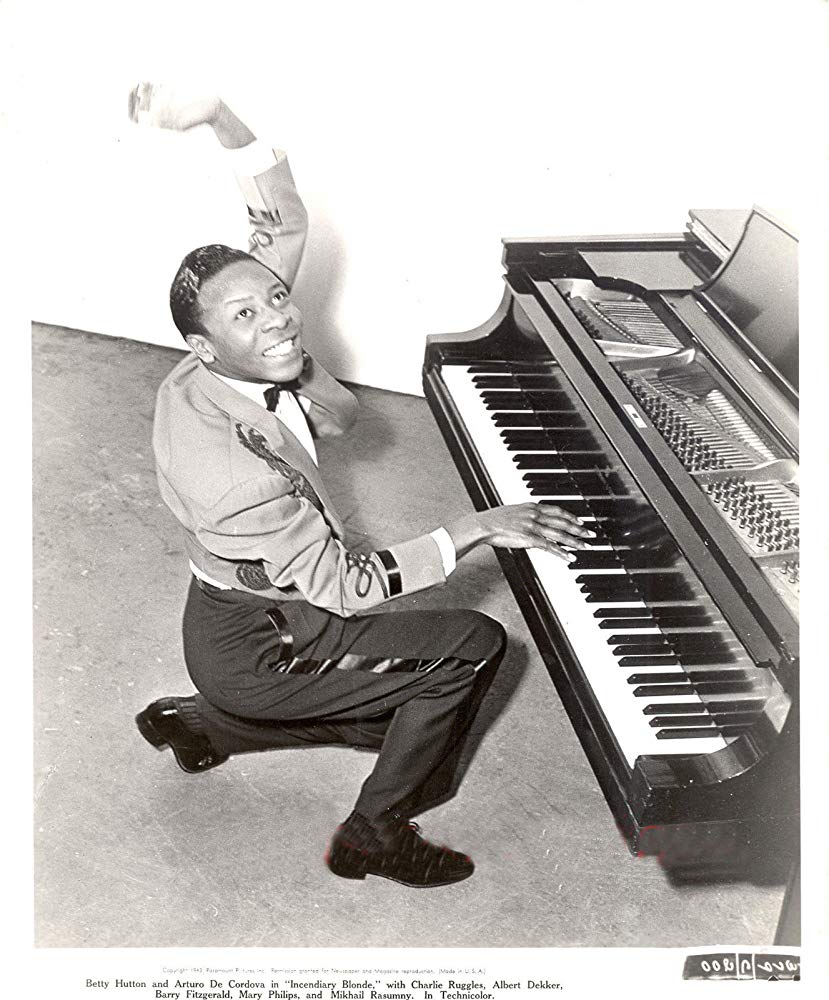 Incendiary Blonde is a sound musical drama based on the life of Broadway’s Texas Guinan. Colorful incidents in the ‘hello sucker’ girl’s career lend themselves to film treatment and added value of Technicolor, music, and marquee strength indicate healthy business in all situations.

[The] screen story is packed with so much color, music, comedy, and drama that its foundation in tragedy never becomes heavy. Script picks up the Guinan career in Texas in 1909 when she first joins a Wild West show to aid her financially busted father. It carries her through to success in that field, on to Broadway musicals, to Hollywood and early day western films and back to New York night clubs and death at the peak of success. Picture uses the flashback device to get started and wisely knows when to come to a conclusion.

Through it all run nostalgic tunes and verve of the era pictured, with Betty Hutton extending herself in song to sell the musical spots. Her success in handling of the dramatic portions is equally potent and entrenches her firmly as an actress of ability. Arturo De Cordova plays opposite as the Wild West operator, gangster and love of Miss Guinan’s life, and registers solidly throughout.

Barry Fitzgerald throws his ability into portrayal of Miss Guinan’s Irish father, a dreamer of fantastic financial schemes. Bill Goodwin is effective as Tim Callahan, the man who launched her Broadway career and served briefly as her husband. Charlie Ruggles, Albert Dekker, Mary Phillips and Edward Ciannelli all figure importantly in furthering the script by Claude Binyon and Frank Butler.

George Marshall’s direction does a creditable job of welding the wealth of material together in staging the outdoor spectacles and the musical production numbers.

Whether or not film license has been taken with Miss Guinan’s career will not matter to the majority of audiences viewing this one. Story has all the essentials for screen entertainment, whether fictionalized or not. 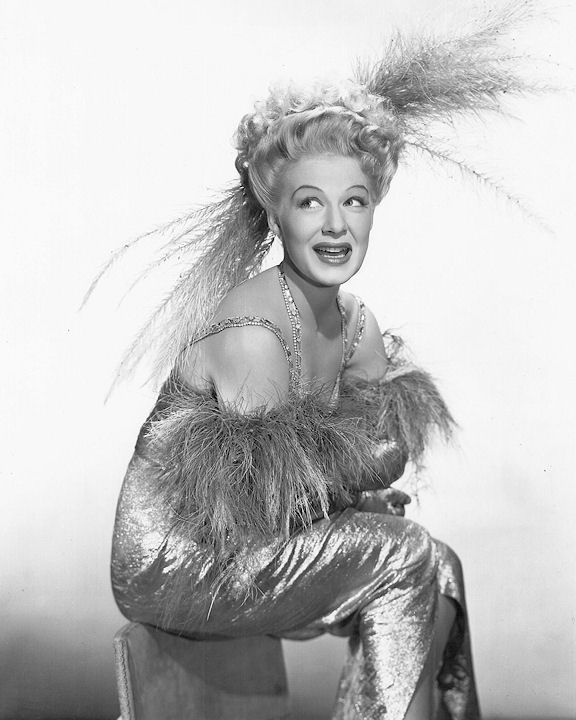 Johnny Coy, an uncredited actor/dancer in Incendiary Blonde, was born John Maver Ogilvie on November 20, 1920 in Montreal, Quebec. He had a short, unheralded film career in the 1940s and died in 1973 in Barbados, West Indies.

Harry Hayden, who plays Horace Biggs the process server, was born on November 8, 1882 in Nova Scotia. A light comedy actor, Hayden was best known for playing snooping or officious characters in such movies as Hail the Conquering Hero (1944), Two Sisters from Boston (1946), and The Velvet Touch (1948). Alongside his wife Lela Bliss, he also ran the Bliss-Hayden Miniature Theatre in Beverly Hills from the mid-1930s until his death in 1955. Notable alumni included Marilyn Monroe, Doris Day, and Craig Stevens.