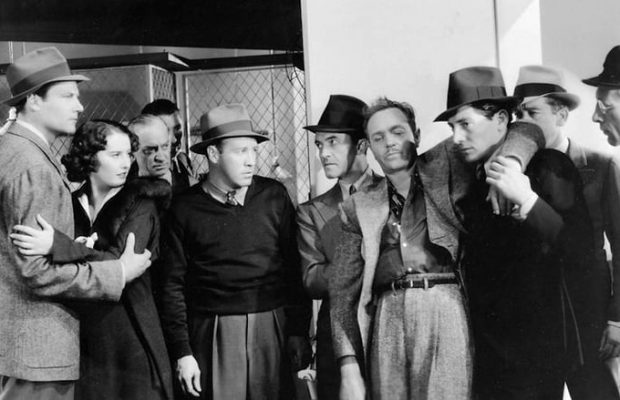 Internes Can’t Take Money is, basically, the story of young Dr. Jimmy Kildare who patches up gangster Hanlon in a bar, using bar tools as medical instruments.  He turns down the proferred $1,000 because “internes can’t take money”.  When Janet Haley, a Kildare patient, has trouble getting her child back, whom her late bank-robber husband hid away, Dr. Kildare solicits aid from his gangland friends, and everything works out in the end.

The New York Sun reviewer mentions that “the story isn’t much, but Lloyd Nolan’s portrait of a tough but chivalrous gangster is.  Barbara Stanwyck plays Janet with her characteristic stolidity and honesty”.  From Variety: “Lloyd Nolan gives another of those highly individual characterizations of his as Hanlon, and Stanley Ridges writes into the character of Innis an evil caprice that must have surprised even the script writers.  Miss Stanwyck’s work is pleasantly subdued.  Joel McCrea, as far as this reviewer is concerned, can do no wrong”. 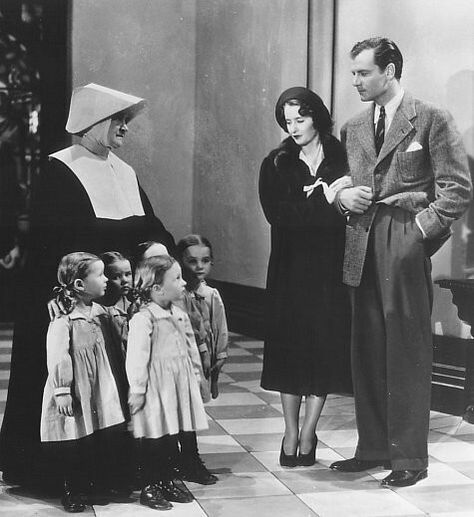 In the book Starring Miss Barbara Stanwyck, the author states that the director Santell’s approach was a deliberate blending of silent and talking techniques held together by mood, intensity and sincerity which produced a great deal of suspense.  Realizing what Stanwyck could give him, Sasntell arranged shots that would utilize it to the fullest.  There is, for instance, a scene where she stands on the stairs of a decrepit rooming house and talks with another character standing above her.  The setting is stark and Stanwyck wears a hat with a brim that dips over one eye.  With a setup like this, and her annoyance at the character with whom she is dealing, Santell had only to shoot down on her looking up at the man from under that hat.  The result could burn out the frame!

Director Santell stated: “Barbara is an artiste and needs little direction once she is told you how ‘see’ the scene played.  You merely block in the movements and run through a rough rehearsal.  From that you make corrections, until the scene is tight and shoots well… then shoot it!”  There were few retakes… Barbara knew the whole script and had even memorized all the other parts.  Occasionally, in rehearsal, she would toss a floundering actor his next line.  Stanwyck explains: “I’ve always had to learn the entire script before I started.  That goes for pictures or television.  And that’s the stage training.  I must learn the whole thing exactly as I would a stage play.  Then I don’t care where the director goes, because I know everything and am adjustable for him”.

The Paramount Story Book claimed that a hit was scored with Internes, but it was like picking up a nugget and leaving the gold unmined.  Why?  Because its hero was Dr. Kildare, and a year later MGM started making millions of dollars with the character in a long series of features and an even longer one on television from which profits gushed even into the seventies.  (Lew Ayres played Kildare for MGM, while Richard Chamberlain played him on television).  It is strange that Paramount did not see the possibilities in the character that MGM obviously did.