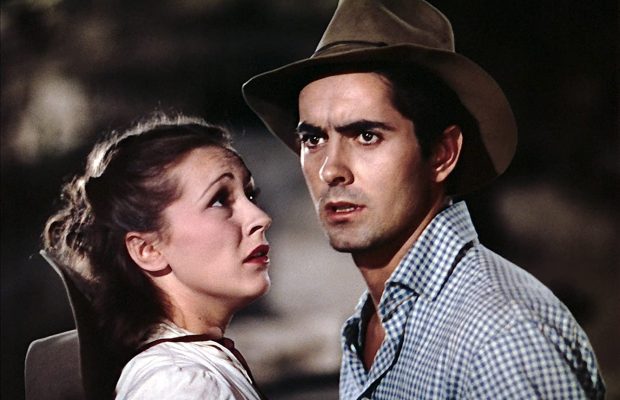 Toronto Film Society presented Jesse James (1939) on Sunday, January 20, 1985 in a double bill with The Wild Heart/Gone to Earth as part of the Season 37 Sunday Afternoon Film Buffs Series “B”, Programme 6.

Few American outlaws of the nineteenth century have been so glamorized and romanticized by the movies as was Jesse James (1847-1882).  Westerns, needing strong characters upon which to build their plots, often settled on the American outlaw as hero.  Several dozen films have been based on Jesse Woodson James, with this afternoon’s first feature being the most famous.  But the James legend appeared on film as early as 1908, in an Essanay one-reeler entitled James Boys in Missouri (while Jesse had been dead 26 years by then, his brother Frank was till alive, passing away in 1915, at the age of 72); while the now-forgotten Western super-star Fred Thomson made an enormously popular version, also called Jesse James, in 1927.  Jesse James Jr. (the outlaw’s son, and portrayed in today’s King Pictures in 1921, Jesse James Under the Black Flag and Jesse James as the Outlaw, and acted as technical adviser to Paramount’s Fred Thomson movie.  With varying degrees of authenticity, some whitewashing the outlaw to heroic proportions, others who have portrayed Jesse James on film include Roy Rogers in Days of Jesse James and Jesse James at Bay; Lawrence Tierney in Badman’s Territory and Best of the Bad Men; Alan Baxter in Bad Men of Missouri; Clayton Moore (better known as the Lone Ranger) in Jesse James Rides Again; Reed Haldey in I Shot Jesse James; Macdonald Carey in The Great Missouri Raid; Audie Murphy in Kansas Raiders; Robert Wagner in The True Story of Jesse James; Wendell Corey in Alias Jesse James; Robert Duvall in The Great Northfield, Minnesota Raid; and most recently, James Keach in The Long Riders. 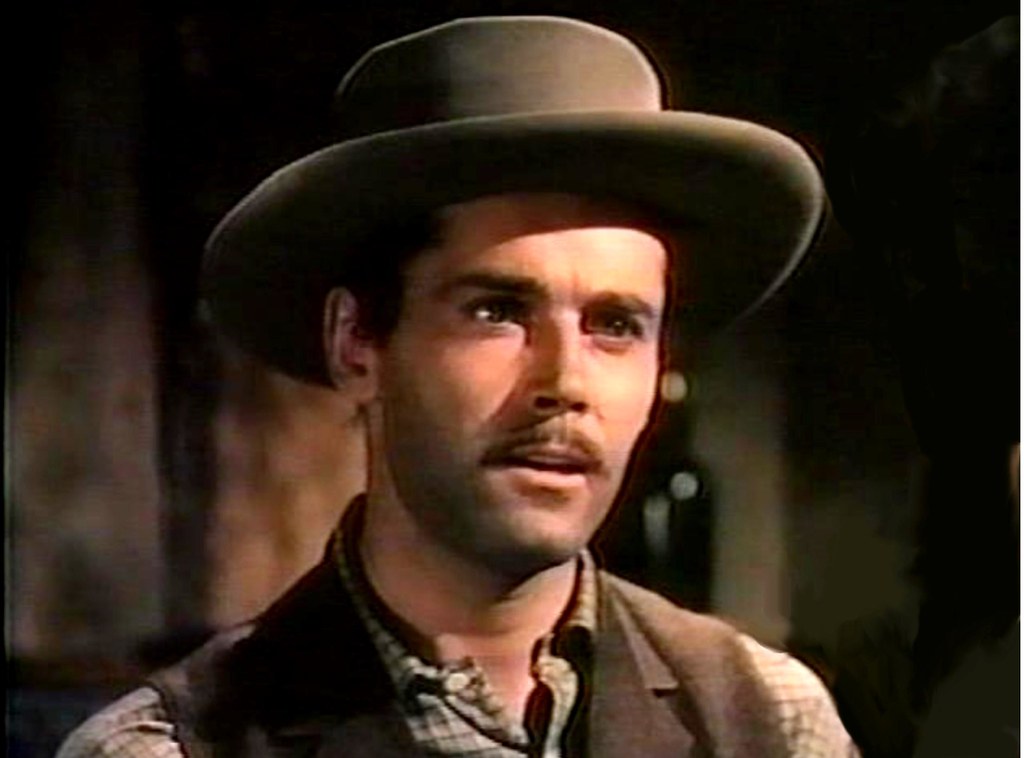 As a fifteen-year old, Jesse James rode with Quantrill’s Raiders–Charles Quantrill, the ruthless leader of a guerrilla band that ravaged the Missouri area during the Civil War, is himself the subject of many Westerns–and continued into robbing trains and banks until his death, twenty years later.  Curiously, King’s 1939 film chose to omit any reference to the James boys’ involvement with Quantrill’s Raiders, instead focusing the beginning of their career in crime on the shocking murder of their mother (Jane Darwell, presaging her Ma Joad role the following year in The Grapes of Wrath) by railway agents–she was in fact only maimed by the bomb attack, a condition more truthfully portrayed in the 1927 version with Thomson.

The Henry King/Tyrone Power version had the added impact of being the first Jesse James film in colour.  In addition, the superb Technicolor was employed extensively on location, in many of the same hills of Missouri that the James brothers rode sixty years earlier.  The town of Pineville, Missouri (pop. c500) was used for many of the town exteriors, substituting for the actual Liberty, which had grown too large (c7,000) and too modern; Pineville had mainly dirt streets, a red brick courthouse, board sidewalks, and was still much the same period as the towns of the time of Jesse James.  Many of the chase sequences are spectacularly shot, particularly the famous jump with horses from a cliff to the river (the first take of this scene resulted in one of the horses drowning.)

Power would generally seem to be miscast as Jesse James.  He is acceptable in the opening scenes, as the young, upright farmer resisting evil, as personified by Brian Donlevy’s railway agent.  But Power’s acting is too open, too straight, to convincing to convey a villain or outlaw, especially the change between good to evil.  His acting reveals none of the complexities and dark inner surfaces necessary to give credence to such an infamous outlaw–Power plays Jesse James only as that first, fresh youth we glimpsed on the farm.  Henry Fonda’s Frank James is far more dynamically intriguing–what a Jesse James he would have made!