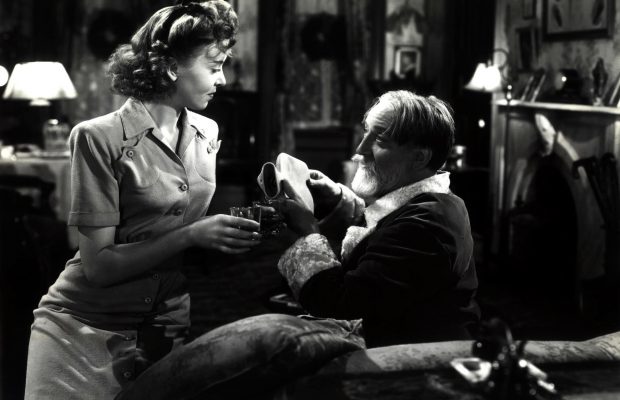 Toronto Film Society presented Life Begins At Eight-Thirty (1942) on Monday, December 8, 2008 in a double bill with The Heat’s On at 8:30 as part of the Season 61 Monday Evening Film Buffs, Programme 3.

Dignified, bearded EDGAR MONTILLION (MONTY) WOOLLEY (1888 – 1963) was every bit the blue-blood he portrayed in films. He was the son of a prominent New York hotel-owner, and grew up in the highest echelons of society. As a young man he earned degrees from both Yale and Harvard. His studies led him to become a professor and lecturer at Yale, where he taught English, and he also became the highly-respected coach of graduate dramatics. Among Woolley’s students were Thornton Wilder and Stephen Vincent Benet. Despite his great success in academia, the theatre bug bit him. He moonlighted in the theatre, directing several Broadway musicals and revues in the late ’20s and early ’30s, many of them in collaboration with his close friend from Yale, Cole Porter. Woolley was a prominent member of the gay New York theatrical world of the period, along with Porter and Clifton Webb (who was then a very successful song-and-dance man). Woolley always enjoyed performing the classic Porter piece “Miss Otis Regrets” at parties, and both he and Webb are playfully referred to in the lyrics of Porter’s song “Farming”.

Theatre finally won him over completely and he opted for a total career change in mid-life; Woolley gave up his Ivy League professorship and in 1936 he made his Broadway acting debut at age 47, appearing in the hit musical On Your Toes with Ray Bolger. He made his film debut the same year, with a bit part in Ladies in Love, and movie work soon overtook his work on the stage.

Woolley appeared in many hit films in the 1940s, earning an Academy Award nomination as Best Actor for The Pied Piper (1942), then another Supporting Actor nomination for 1944’s Since You Went Away. He even played himself in the unconvincing Cole Porter biography Night and Day (1946). He was affectionately nicknamed “The Beard” by Porter, and Woolley took great pride in his impeccably trimmed trademark white whiskers. When Paramount requested that he shave them of for a film role, he offered to do so for $2,000 down and $500 a week for the three months it would take to grow it back properly (Paramount declined the offer).

Woolley’s greatest filmed triumph came in 1942’s The Man Who Came to Dinner, where he played razor- tongued radio personality Sheridan Whiteside to perfection. The same year he portrayed a washed-up classical actor in Life Begins at Eight-Thirty, another role making great use of his skills at crusty sarcasm. He worked frequently on radio and also did some TV before he retired in 1955, after a final appearance playing Omar Khayyam in MGM’s splashy musical version of Kismet. He died in 1963, aged 74. 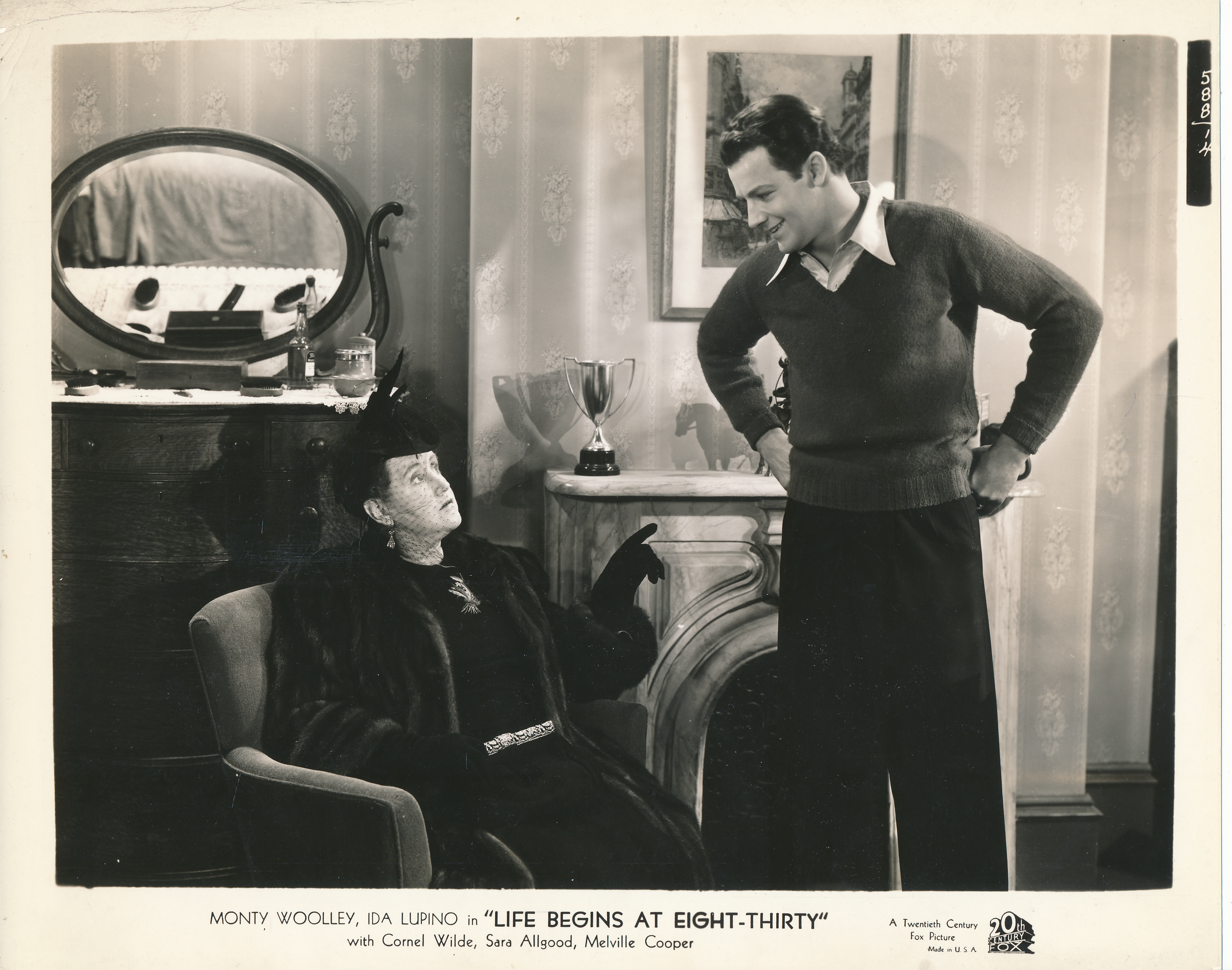 CORNELIUS LOUIS WILDE was born in either New York or Hungary in 1915 (reputable records indicate both), but his heritage was certainly Czech-Hungarian. He was a very bright boy who spoke Hungarian, French, German, English, Italian and Russian fluently, and his ear for languages and flair for drama made him an excellent mimic. He was also a gifted athlete. Wilde graduated from Townsend Harris High School for Gifted Students in New York at the age of only 14, and entered the City College of New York. At that time, it was a tuition-free school that accepted only the best scholars. He completed the four-year pre-med course in three years, and was a prominent member of the college’s fencing team. Though he was chosen for the 1936 U.S. Olympic fencing team, he turned it down to pursue an acting opportunity – an appearance in the Broadway hit Having Wonderful Time.

In 1940, he was hired as both fencing choreographer and actor in Laurence Olivier’s Broadway production of “Romeo and Juliet”. Hollywood scouts spotted Wilde playing Tybalt and signed him. After playing relatively minor parts, including that in Life Begins at Eight-Thirty, he won the part of Frederic Chopin in 1945’s A Song to Remember. The film brought him stardom and an Academy Award nomination. Wilde’s athleticism and charm were great assets, and he spent the rest of the 1940s playing romantic, often swashbuckling roles.

He married actress Patricia Knight in 1937, and she appeared with him in the 1949 film Shockproof before the couple divorced in 1951. In the 1950s, when faced with a bleak future of appearing only in cheap adventure programmers, Wilde created his own film production company. “Acting is not just ‘another day, another dollar’,” he explained. “If I hate a script of think it’s foolish or in bad taste, I’m miserable.” He produced the film noir The Big Combo (1955), in which he appeared opposite his second wife, Jean Wallace. In those days of dwindling Hollywood productions and diminished studios, he made the most of his opportunities. “I realized long ago that I could not depend on luck to bring me success. I worked hard, extra hard to improve my chance by increasing my abilities and my experience. It was my goal to accomplish, in my life, something of value and to do it with self-respect and integrity.”

In the early 1960s, Wilde came across a script based on a true historical incident, involving a trapper being pursued by Blackfoot Indians in Wyoming. Lower shooting costs, tax breaks, and logistical assistance offered by Rhodesia convinced Wilde and the other producers to shoot the film in Africa. Wilde directed and starred, and an incident out of the old west became The Naked Prey (1966). He played a naked man, lone survivor of a safari party whose behaviour has affronted local sensibilities, being tracked by hunters from an African tribe. This impressive film won him great acclaim as a director. His later films varied in quality, and he ended up playing cameo parts in minor adventure films as the industry offered fewer opportunities. He died of leukemia three days after his 74th birthday. At the time of his death, he was working on a sequel to The Naked Prey and editing his autobiography, “My Very Wilde Life”.