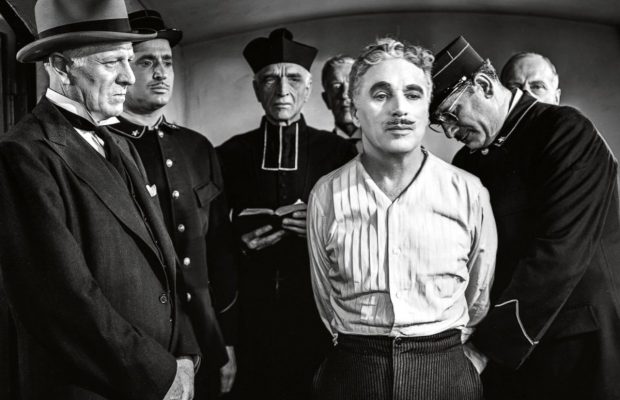 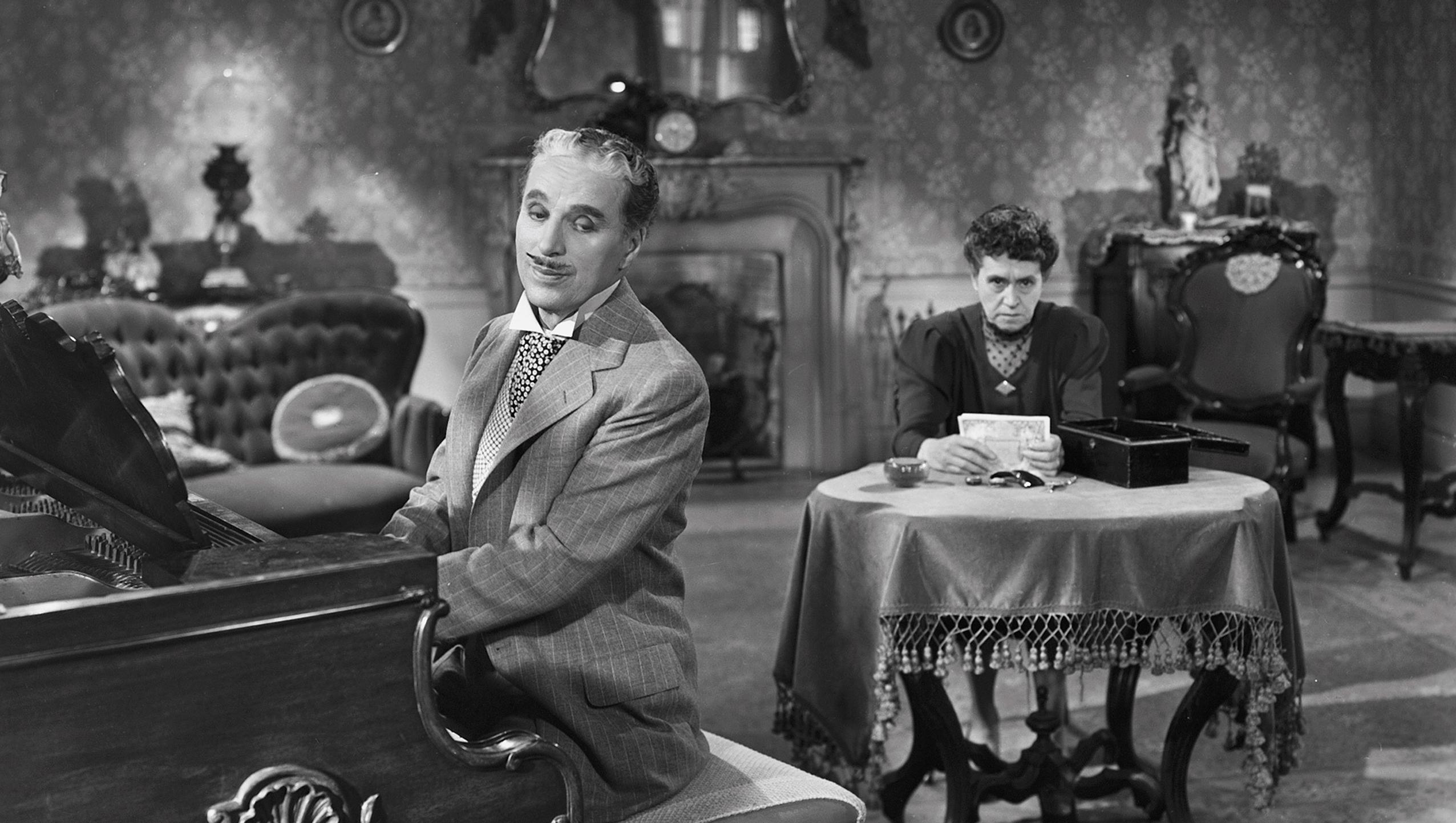 Orson Welles originally suggested the subject of the notorious French Murderer, Landru, as a role for Chaplin to act in a serious film to be directed by Welles.  Instead, Chaplin wanted to make it a comedy, and bought Welles’ idea for $5000 and a screen credit, “Idea suggested by Orson Welles.”  The film was shot in record Chaplin time–twelve weeks, although the script was two years in preparation.

Even after thirty-five years, Monsieur Verdoux proves to be one of the most original films ever made.  By 1946–47, Chaplin had been an absolute dictator, in filmmaking power terms, for over thirty years, and this total control resulted in a film that resembled no other–Chaplin had no major, non-studio, supporting players to call upon, other than Martha Raye, emanating in an unfamiliar cast, and Chaplin was not familiar with nor concerned about contemporary set design and cinematography standards (his cameraman, Roland Totheroh, had been his chief photographer since his Essanay days of early 1915), resulting in a lack of slickness to the “look” of the film.

Chaplin’s complex performance remains one of the treasures of film history, a richly colourful, yet delicately shaded, multi-faceted portrayal of a seemingly successful businessman–though the message of anti-materialism in Monsieur Verdoux was mistaken for immoral cynicism, leading to the film’s utter commercial failure.  Buster Keaton and Harold Lloyd, Chaplin’s rivals for comedy supremacy in the 1920s, had speaking voices unsuited for talkies, while Chaplin, in The Great Dictator (1940), Limelight (1952) and particular Monsieur Verdoux, revealed one of the most beautifully modulated voices ever recorded on film, overflowing with multifarious nuances and flourishes, as resplendently expressive as the music of Chopin.

SPECIAL NOTICE
Walter Huston, star of the next Sunday Film Buff show, Dodsworth, was born in Toronto 100 years ago, in April, 1884.
TORONTO FILM SOCIETY has donated a historical plaque commemorating Huston’s birthplace;
the plaque will be unveiled on Sunday, April 8.
All TFS members are invited to attend.
Further information: Helen Arthurs – 921-7309; 485-8474