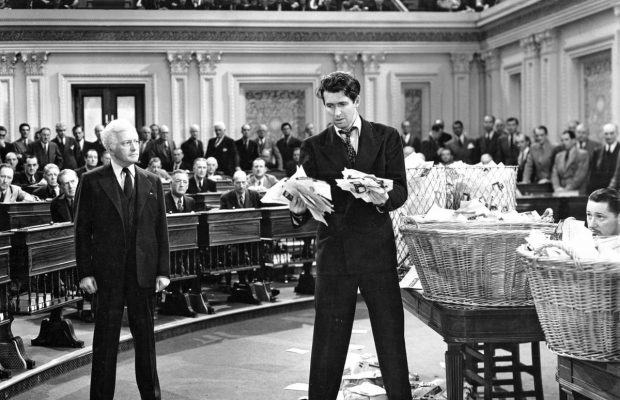 Toronto Film Society presented Mr. Smith Goes to Washington (1939) on Sunday, February 20, 1983 in a double bill with Drive a Crooked Road as part of the Sunday Afternoon Film Buffs Series “A”, Programme 7. 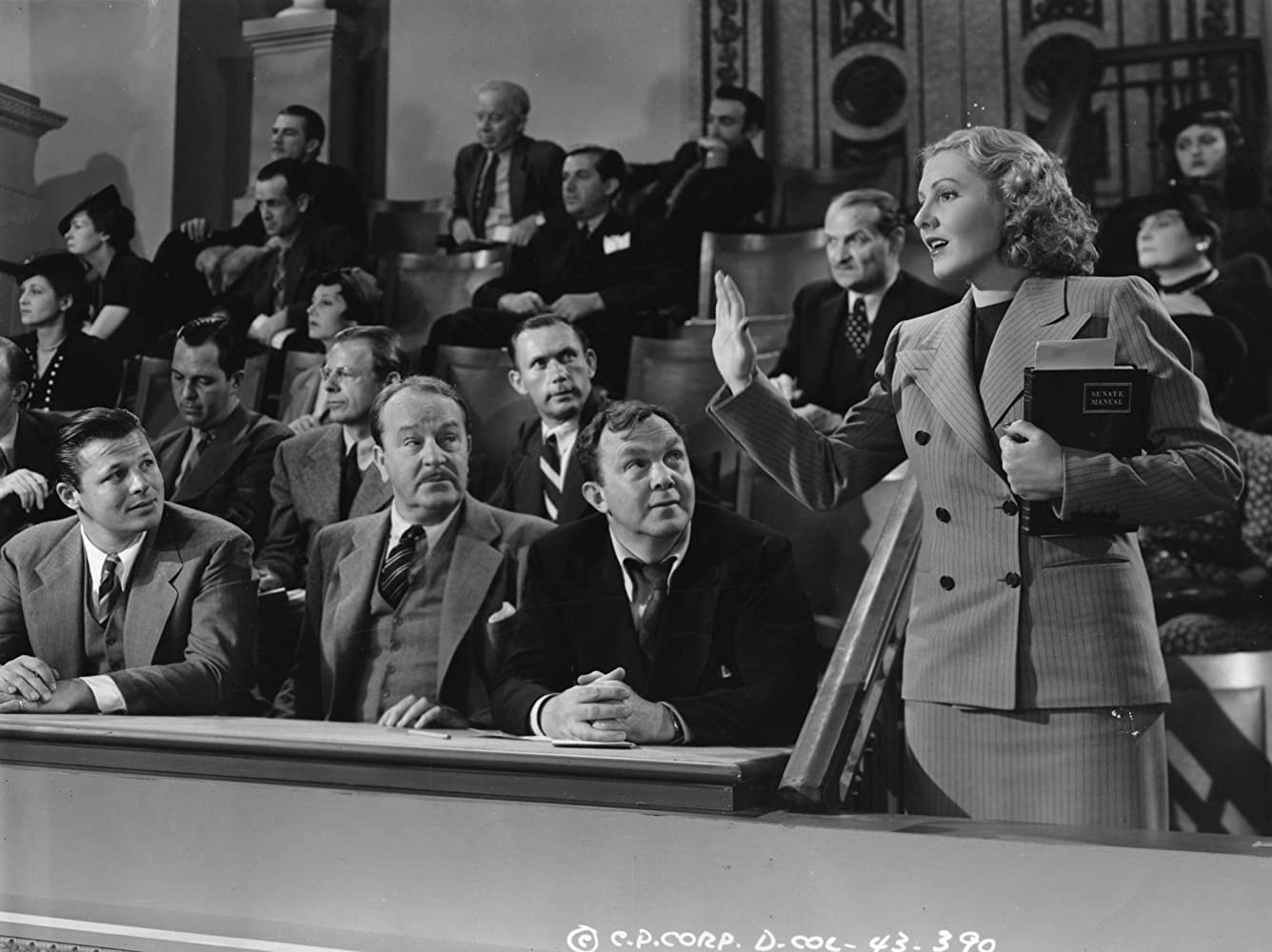 They were a strange pair–the short, dark-eyed, wiry, sensitive director, and the pudgy, crude, and domineering movie mogul–but together they made some of the most memorable films of the 1930s.

I refer, of course, to the producer/director of today’s film, Frank Capra, and the President and production chief of Columbia Pictures, Harry Cohn.  This picture is the last production of the union between two dissimilar people, after a twelve-year relationship which had resulted in such memorable films as Lady for a Day, It Happened One Night, and Lost Horizon.

Although Harry Cohn seems to have been a generally unlikable man with few pleasant qualities, he nevertheless was totally committed to making pictures, and took great pride in his studio and its productions.  Cohn was also shrewd enough to employ the most talented people he could afford, and give them their heads.  Frank Capra wound up at Columbia purely by chance–in 1927.  Cohn was looking for a director whom he could hire to direct some programmes, and Capra’s name headed an alphabetical list of unemployed directors sent him.

Columbia was a small studio in those days, but Cohn had big plans.  He soon realized that Capra had the talent to make films which would be successful enough to help him propel Columbia to the front ranks.  This happened in 1934 with the incredibly successful It Happened One Night, made on a tight budget with Clark Gable and Claudette Colbert, on loan from MGM and Paramount respectively.

Interestingly enough, Capra had originally planned to star Gary Cooper int he lead role in Mr. Smith.  However, the lanky star of Mr. Deeds Goes to Town was not available at the time, so James Stewart was given the part.  I proved to be an excellent decision.  As the 110% honest senator from Montana, Stewart gave, at this early stage of his career, a performance which was one of the most outstanding of his long career, and firmly established his character forever with moviegoers.

His character–that of the shy, awkward, laconic, drawling, decent man from a small midwestern town–was partly real, partly Stewart’s creation.  Stewart was from Indiana, all right–Indiana, Pennsylvania, a small town in the northern part of the state, where his father ran a hardware store.  Far from being the simple rustic, however, Stewart is a highly intelligent man who graduated from one of the country’s top universities, Princeton, after studying architecture.  From all accounts Stewart in real lief is much like his screen character–a sincere, decent man of principles.

Mr. Smith, the story of an honest but naive junior senator in prewar Washington who decides to fight the good fight against the corruption around him, turned out to be the quintessential Stewart role. 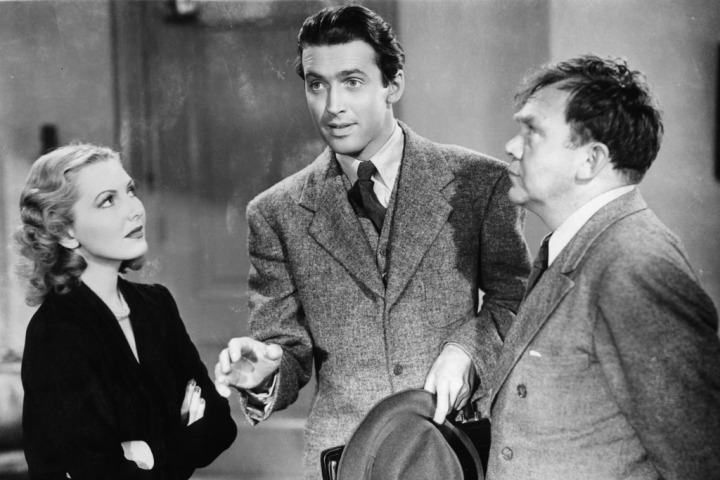 Of course, he was ably supported by the superb cast, especially the delightful Jean Arthur, she of the fetching husky voice, childishly querulous at one moment, deeply reassuring the next, the blonde beauty and dazzling smile.  Miss Arthur, frequently cast as a secretary or shopgirl, projected an image of warmth, decency and loyalty in most of her roles.  Her last screen role embodied all of these qualities–as Van Heflin’s wife in that greatest of all westerns, George Stevens’ Shane.  Also present, as Stewart’s opponent, is the great English actor Claude Rains, his hair dyed white for the part, which his magnificent voice and superb professionalism.  One of the delights of viewing movies from the 1930s and ’40s is to renew acquaintance with the numerous character actors whose talents helped to shape the picture–Thomas Mitchell, who that same year played an alcoholic doctor in Stagecoach; Edward Arnold, Hollywood’s personification of the American businessman; and, in one of his earliest roles, Jack Carson.

Mr. Smith is an excellent example of the auteur theory, which Frank Capra put into practice decades before Andrew Sarris popularized the term.  Capra’s credo was “One man, one film”–in short, complete control of his films.  At Columbia, in the 1930s, Capra was one of the few directors to have this privilege, earned by a succession of phenomenally successful films.  His pictures, and Mr. Smith is typical, generally reflected a belief in the basic decency of the American people and their institutions, of warmth and love and humor.

Today, at 85, Frank Capra is retired, his last picture, Pocketful of Miracles (a remake of Lady for a Day), having been made in 1961.  His one-time mentor, Harry Cohn, died almost exactly 25 years ago, on February 27, 1958.  However, the films from their incredibly productive association are still with us, delighting new generations with their timeless appeal.