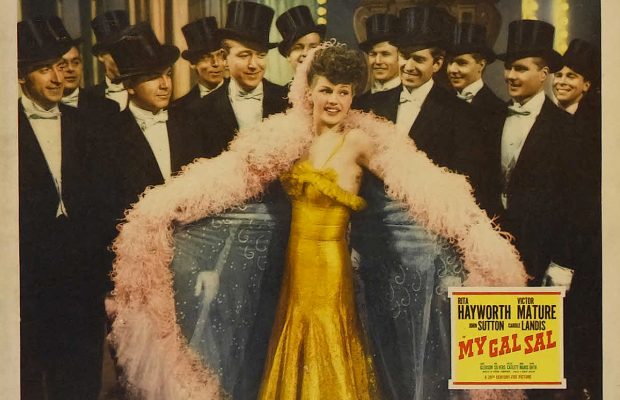 Toronto Film Society presented My Gal Sal (1942) on Monday, January 8, 1990 in a double bill with Belle of the Nineties as part of the Season 42 Monday Evening Film Buffs Series “B”, Programme 5.

Paul Dreiser, who Americanized his las name to Dresser, died in 1906 after a successful career as a songwriter, a stage performer and a singer.  His brother, Theodore (played as a young boy in the film by Barry Downing) later became a famous American novelist (Sister Carrie, An American Tragedy, etc.) and wrote the original story, “My Brother Paul”, as the basis for a musical film about his life at the direct invitation of Darryl F. Zanuck, who assigned screenwriter Helen Richardson to assist him.

Zanuck had wanted the story tailor-made to the talents of Alice Faye, but after withdrawing from film work because of pregnancy, Alice declared she would not make any more costume musicals.  (She did make one more, Hello Frisco, Hello.)  Her announcement caused Zanuck to have the script rewritten and reworked for Irene Dunne, but her busy film schedule would mean holding up production.  Zanuck subsesquently approached Mae West about playing Sally Elliott, but Mae didn’t cotton to the idea.  At this conjuncture, he decided to groom Carole Landis for the role, deciding to showcase her first as Dona Sol in Blood and Sand.  When she balked at doing that film, Zanuck retaliated by giving her a secondary role in My Gal Sal, as she had already been announced to appear in it anyway.  More or less resigned to using an already overworked Betty Grable, then more than amply filling the void caused by Alice Faye’s absence, Zanuck changed his mind after Rita’s sensational appearance in Blood and Sand and her subsequent success in You’ll Never Get Rich.  Knowing Zanuck was up against a wall, Columbia’s Harry Cohn, in bargaining Rita’s loan-out finally consented when Fox added the lure of another role, as the unfaithful wife, in the first episode of Tales of Manhattan, the first of the all-star films produced and released during World War II. 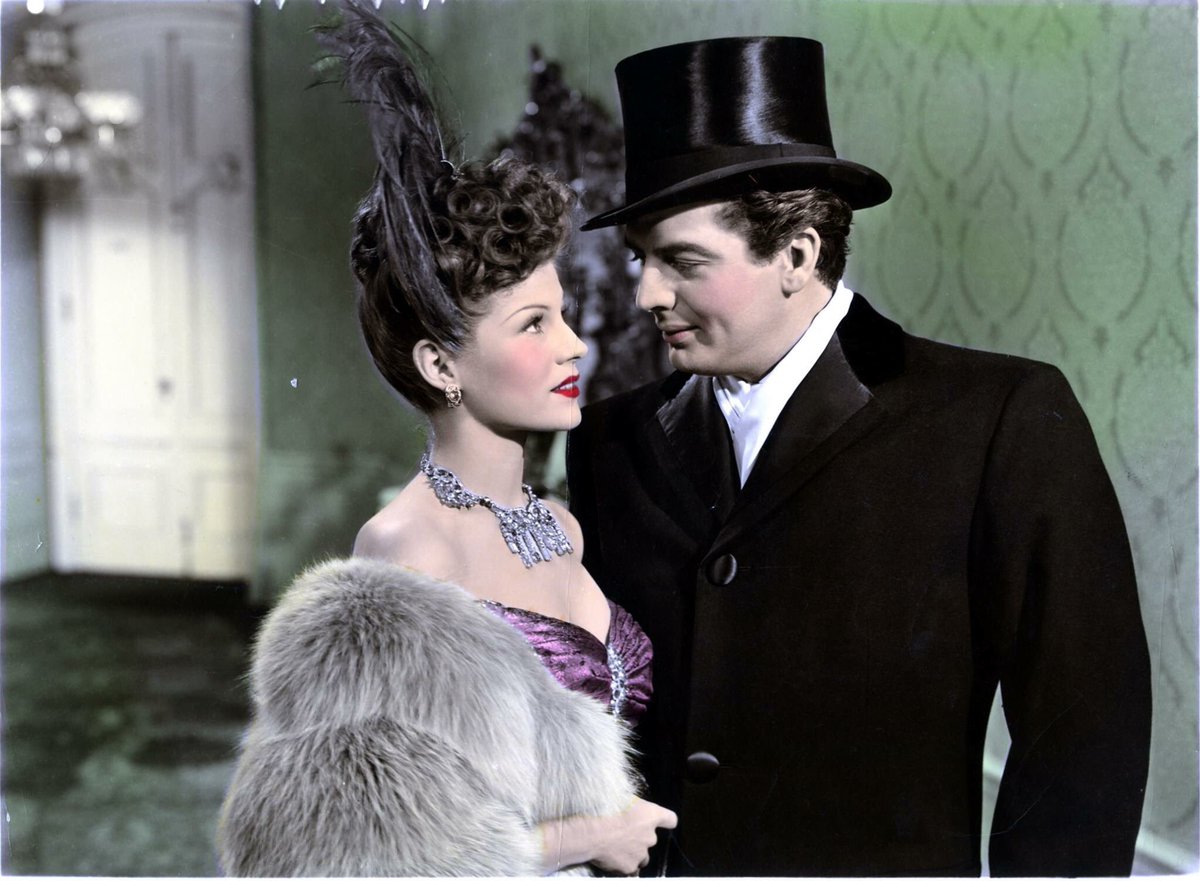 The brilliant Fritz Lang was originally to have directed, but after a week of preproduction planning, he asked to be replaced and Irving Cummings, who had just scored a great success with Louisiana Purchase and some Sonja Henie vehicles, took over the film.

Alfred Newman was nominated for an Academy Award for his musical scoring but lost out to Ray Heindorf and Heinz Roemheld for Yankee Doodle Dandy, but Richard Day, Joseph Wright and Thomas Little won Oscars for their colour interior decorations.

While intending to be a filmed biography of composer Paul Dresser, there is apparently little resemblance between the actual 300-pound girl-chasing tunesmith and Victor Mature, or in the substance of his life as shown on screen.  (Despite using his brother’s story as a source.)  The film also avoids pointing out that “My Gal Sal” was actually the last song the composer wrote, dying a year later at the age of 46.  However, as a diversionary entertainment, the film is smashing!  Fox made a good choice in casting Victor Mature as Dresser.  Brashness is Mature’s forte, as he swaggers winningly.  (In his story, Theodore pulls no punches in painting his older brother as bit of a rogue.)

Supposedly, to appeal to women moviegoers, Mature was labelled as “that beautiful hunk of man”.  For the male contingent, there’s Rita Hayworth, who was, in the words of Wanda Hale (New York Daily News) “nothing less than sensational.  She’s a soldier’s or a sailor’s dream in color…  In a word, she’s a wow.”  The New York Times even complimented her singing, “a pleasantly husky voice”, it was dubbed by Nan Wynn.  Twentieth Century-Fox had a penchant for Tin Pan Alley musicals, and Irving Cummings directed in the best of this gaudy tradition.

As already noted, the film purports to be a biographical portrait of composer Paul Dresser, and Victor Mature handles the flamboyant nature of Dresser with considerable skill.  However, as the to-billed performer in My Gal Sal, there’s no question about Rita holding forth stage front and centre.  She is gorgeously displayed in a variety of music-hall production numbers like the old-fashioned bathing suit number, “On the Banks of Wabash”, the glamorous “On the Gay White Way”, or the colourful finale, “My Gal Sal”.  The combination of Hermes Pan’s choreography, Gwen Wakeling’s period costumes, and Ernest Palmer’s camerawork provide Rita with a devastating showcase.

Source material:  The Films of Rita Hayworth by Gene Ringgold;
The Films of the Forties by Tony Thomas;
The Glamor Girls by J.R. Parish & D. Stanke