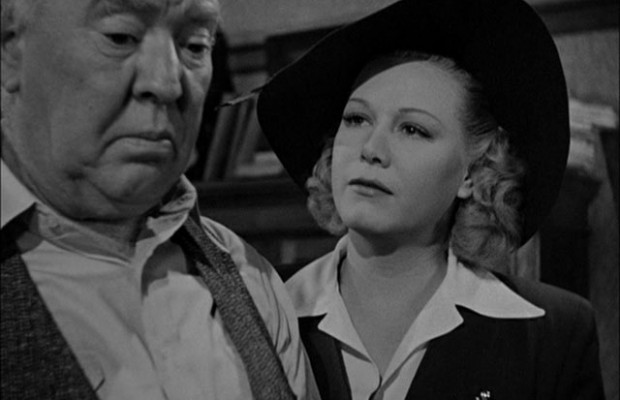 A publisher whose once respectable tabloid has been “ideologically hijacked” is determined to set the record straight.   After making the statement that, “The Power of the press is the freedom to tell the truth—it is not the freedom to twist the truth.” he’s a dead man.  It’s now up to his friend, a small town news-man played by Guy Kibbee, to come to the rescue, and redeem the wayward newspaper.

Although Samuel Fuller is only credited with the story, the dialogue in the movie definitely has typical style. The ins and outs of the newspaper business were something Fuller knew a lot about, having earned his stripes, being the youngest reporter, at age 17, to be in charge of the events section at the New York Journal.  This was also the first film that Fuller used the character name “Griff”.  In most of his subsequent pictures Fuller liked to have a character with either a first or last name of “Griff”.

Initially starting his career as a stage performer on the riverboats of the Mississippi at the age of 13, Guy Kibbee, didn’t stay there long. Moving on to legitimate stage productions and spending many years acting in the theater.

Kibbee started his film career in the 1930’s when Warner Brothers signed him on and he became part of “the Warner Brothers Stock Company”.   This group of talented actors and actresses were used to great effect to enhance many of the Warner Brothers musicals, westerns and gangster films.   Kibbee generally specialized in playing good humoured but not too bright officials or businessmen.  One of his most memorable roles was playing a buttoned up lawyer with a weakness for the showgirls in The Gold Diggers (1933).

Gloria Dickson was born Thais Dickerson in Procotello, Idaho. After the death of her father, the family moved to California and Gloria started acting in local theater productions.  It wasn’t long when a talent scout for Warner Brothers spotted Gloria in one of her performances and offered her a contract at the age of 19.   For her first film she was given the role of the leading lady in They Won’t Forget (1937), which garnered rave reviews and Gloria was dubbed the “luckiest girl in Hollywood”.  After her first success, Gloria’s success continued with such roles as; Gold Diggers in Paris (1938), They Made Me a Criminal (1939), and I Want A Divorce (1940).  Gloria continued to see success until the early 40’s when her career stalled and she could only get roles in small B-movies such as; The Affairs of Jimmy Valentine (1942) and The Lady of Burlesque (1943).  By 1944 Gloria was unemployed, overweight and was struggling with alcoholism.  Tragically, on April 10, 1945, while taking a nap, the house caught fire from an unextinguished cigarette.  Although Gloria tried to escape, she ended up being trapped in a bathroom and suffered from second degree burns and smoke inhalation.  Gloria Dickson died from her injuries at the young age of twenty-seven years old.

Lee Tracy, born William Lee Tracy, and grew up in Atlanta as the son of a railroad superintendant and a former school teacher.  Tracy studied engineering while attending college but also showed an interest in drama and it wasn’t long after graduation that he was asked to join a theater company.  It was the advent of WWI that put a wrinkle in Tracy’s acting ambitions.   Following his discharge, Tracy set aside his thoughts of a career in the theater and instead became a U.S. Treasury Agent.   This was short lived though, and after two years’ time he was once again plying the acting circuits and finally ended up with his Broadway debut in The Showoff (1924).

Fox Studios was the first to offer Tracy a big screen contract and an excellent screen debut opportunity opposite Mae Clarke in the early talkie Big Time (1929). In Born Reckless (1930), he played the first of his “Walter Winchell”-like staccato-styled characters and then went on to develop his fast-talking style in subsequent Depression-era films such as; Liliom (1930) and She Got What She Wanted (1930).

Lee Tracy was a highly impulsive individual. That, coupled with a hair-trigger temper caused Tracy to leave Hollywood for a time to return to Broadway.  It wasn’t long though, before the Studio’s again clamored for his services and he was soon signed with Warner Bros and delighted audiences with The Strange Love of Molly Louvain (1932), the horror movie–Doctor X (1932), and then garnered laughs as the scandal-sniffing columnist in Blessed Event (1932).

Not to be outdone Columbia Studios also signed Tracy to a three-picture deal playing a impulsive politico in Washington Merry-Go-Round (1932), the title role in The Night Mayor (1932), and an ex-con in Carnival (1935). It was during this time however that Tracey’s extravagant night life started to cause trouble.  Frequent absences and erratic behavior tagged him with a “bad boy” image that plagued him in getting new roles.

Despite this, Lee Tracy was able to sign on to a fourth big studio. Working under the MGM banner this time, Tracy was able to give excellent performances in such films as Clear All Wires! (1933), The Nuisance (1933), Turn Back the Clock (1933), Advice to the Lovelorn (1933), and the MGM classics Dinner at Eight (1933) and Bombshell (1933).  The latter two movies co-starred the sexy siren Jean Harlow, at the time a big name for MGM.   Unfortunately, during the filming of Viva Villa! (1934) Tracy’s temper got the best of him that resulted in him fighting with the police and a high-profile arrest on public morals charges.  MGM felt compelled to not only kick Tracy off the picture but to also publically apologize to the Mexican people for his disrespect and terminate the actor’s five-year contract.

Following this incident Tracy freelanced often for RK), but the quality of his pictures began to slide.   As age set in, Tracey’s looks began to harden disqualifying him for many “leading man” roles.  Tracey looked to television as a possible alternative for his acting talents.   Throughout the 50’s and 60’s, he appeared on a number of TV shows which he used to supplant his stage roles.   Tracey’s last role was in Gore Vidal’s political drama The Best Man (1964) in which he received his only Oscar node.  In the summer of 1968 he was diagnosed with liver cancer and succumbed to the illness on October 18th of that year.