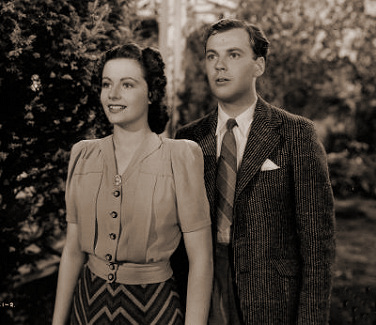 For our first programme in the British mini-series, we are viewing two “gentle” films about British manners and foibles, adapted from the hit plays by Esther McCracken, Quiet Wedding and the sequel Quiet Weekend.  Although both films were successful in Britain and the U.S., neither is considered today as anything more than amusing entertainment.  However, Quiet Wedding, produced at a time when Anthony Asquith had just become one of Britain’s most successful directors with Pygmalion (1938), serves as a testament to the resolute calm of the British during the war years.  And Quiet Weekend, made just after the war, presents an affectionate view of the return to normalcy after the wartime conflicts.

Anthony Asquith (“Puffin” to his intimates), was the son of the Prime Minister, Herbert Asquith, and began his career with silent films, achieving his greatest success with Cottage on Dartmoor (1929) in which, as Raymond Durgnat has observed, he “out-Hitchcocks Hitchcock, before Hitchcock became Hitchcock” (A Mirror for England, 1970).  Asquith’s first sound film, Tell England (1930) became famous for one of the most brilliant war sequences ever filmed.  While Hitchcock flourished in the 1930’s, Asquith fell in the critics’ estimation until Pygmalion (1938), which established him in the industry.  French Without Tears (1939) saw the beginning of a partnership which spanned almost three decades of filmmaking–the collaboration of Asquith, Terence Rattigan and Anatole de Grunwald.  This trio combined their talents on nine films, including the most popular film of the war years in Britain, The Way to the Stars (1945) which was meant to promote the Anglo-American relationship; as well as the last two films which Asquith directed, The VIPs (1963) and The Yellow Rolls Royce (1964).  Asquith remained in Britain, refusing to be enticed to Hollywood, preferring to make films about the English people and way of life, and was highly praised for his pictorial wit and poetic feeling.  Of French Without Tears, William Whitebait remarked, “In Asquith we still possess one director who has sensibility and can poke fun, who enjoys being English and making jokes about it, as Clair did once for France and Preston Sturges does for America” (Films and Filming, October, 1963). 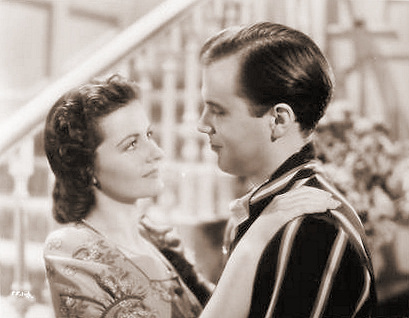 Quite Wedding tells the story of a young couple (Lockwood and Farr) undergoing the horrors of preparation for a huge wedding and facing a barrage of well-meant advice from family members.  The film is inventively handled, with excellent dialogue and a delightful cast of supporting players.  Margaret Lockwood is excellent as the slightly hysterical bride (before her “wicked lady” typecasting of the 40’s), and Derek Farr “looks like a juvenile Ralph Richardson” (NYT, 1941) as the bewildered bridegroom.  Among the supporting actors, A.E. Matthews, Athene Seyler and Peggy Ashcroft are excellent at portraying the more mundane and the somewhat zany aspects of English character.

This “escapist” fare reveals but one aspect of one of the most versatile of British directors.  Along with this genuine flair for comedy, Asquith stood alongside David Lean and Carol Reed during the 40’s and 50’s as one of the most famous directors of war films and tragedies, in addition to his impressive film adaptations of Shaw and Wilde.  Later in this series, we will view his adaptation of the Shaw play, The Doctor’s Dilema.  In the meantime, let’s enjoy this charming, unpretentious comedy of manners about English life from a director who portrayed with great tenderness the quirks of human nature.