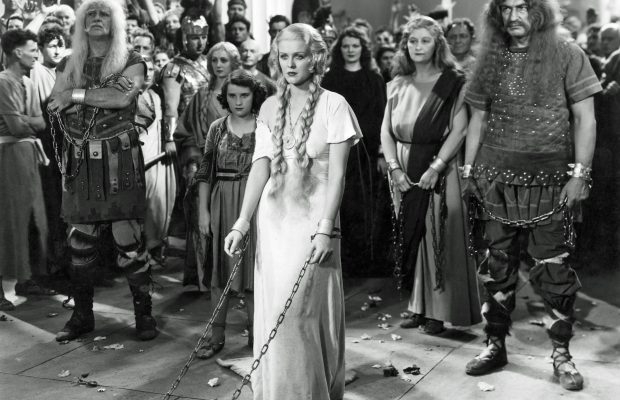 Toronto Film Society presented Roman Scandals (1933) on Sunday, March 19, 1989 in a double bill with A Midsummer Night’s Dream as part of the Season 41 Sunday Afternoon Film Buffs Series “A”, Programme 6.

Like Mark Twain’s Connecticut Yankee, that Broadway jester, Eddie Cantor, in Roman Scandals, takes a nose dive into the past and finds himself not in King Arthur’s court but in a Rome where they delight in watching the dancing of lithe Nordic and Ethiopian girls, listening to an occasional torch song and also to Oedipus (Mr. Cantor) rendering such ballads as “Keep Young and Beautiful”.

The Emperor in the film frequently plans a neat little bit of torture or sends an exasperating person to the lions.  The Empress concentrates on looking beautiful and the idea of poisoning her spouse.  The chef looks forward to returning to Egypt so that he may feed his wife to the crocodiles, and the radiant Princess Sylvia wants either to die or escape to her native Britain with Josephus.  As for Oedipus, he is especially eager to be permitted to resign from the office of the Emperor’s taster before death overtakes him.

Oedipus is first known in this picture as Eddie and his home is in West Rome, U.S.A.  It is an alarming change he encounters, to speak mildly, when he turns back the clock.  It is an idea worked out by George S. Kaufman and Robert E. Sherwood, with, if you please, additional dialogue and material by George Oppenheimer, Arthur Sheekman and Nat Perrin.  One might venture that any one of them might have written a more effective story alone.  But it is only just to state that even some of the most boisterous moments found favor with an audience yesterday afternoon.  The idea of a noble Roman being hurled about a hall by nothing more than a so-called chariot whip proved to be popular both times it was tried. 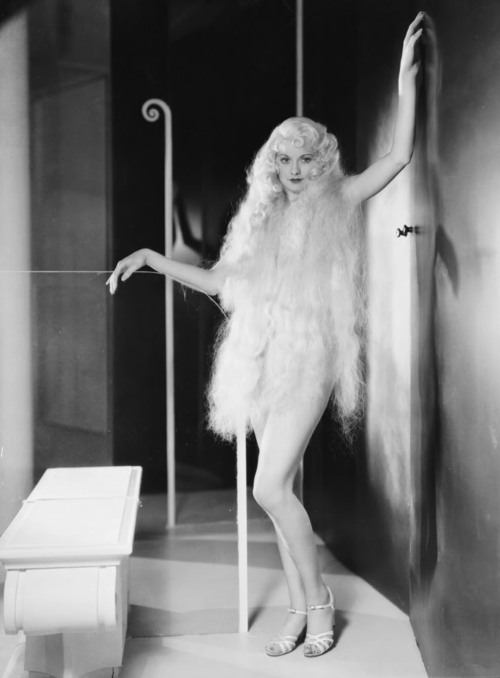 Busby Berkeley is responsible for the costly numbers with the dancing girls, and he makes the most of the sequence in which Mr. Cantor sings “Keep Young and Beautiful.”  Some of the fun is effective without being especially keen wit, such as one might expect from either Mr. Kaufman or Mr. Sherwood.

Mr. Cantor does as well as possible in his rôle and he is exceptionally good in the episodes in which he sings.  In a modern incident he excels with his singing and renders a number entitled “Build a Little Home.”  It is after this that Eddie of West Rome runs afoul of a mighty politician and in walking from his native heath he evidently steps off two thousand odd years. But when he comes back to this year of grace he discovers in his possession a document which sends West Rome’s guiding financial light to prison.

As the Princess Sylvia, Gloria Stuart has little opportunity to do more than look beautiful.  Edward Arnold as the Emperor Valerius is splendid.  Alan Mowbray has a lively time as the Emperor’s majordomo.  David Manners helps matters as the heroic Josephus and Ruth Etting sings in her usual fashion.  Veree (sic) Teasdale is unusually good looking as the Empress.