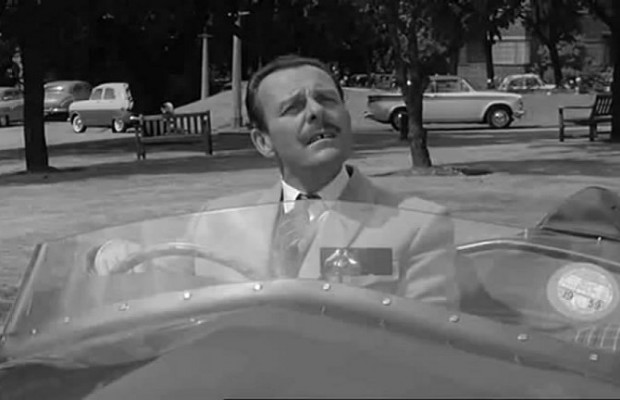 “Stephen Potter’s crammers for failed cads come off much better than I ventured to hope.  Witty though they are in print, I had not thought they were quite the stuff for the screen.  But then I had not reckoned with the ingenious screenplay of Patricia Moyes and Hal E. Chester; and I had forgotten that the director was to be Robert Hamer.  Mr. Hamer has a way with the polite, after-you-with-the-mustard-gas joke; you remember, no doubt, his Kind Hearts and Coronets years ago.  Not that School for Scoundrels is on that murderous pattern; the assassinations here are social, not physical.  But he manages to give a touch of elegance to material which in other hands might have turned to slapstick.  You don’t catch actors mugging all over the screen in his films.”

“…There is rather less wit than one would expect from the Potter-Ustinov-Hamer combination.  If the general tone is Ealing-rompy, the theme is refreshingly astringent; the cast is in excellent form and the film establishes a nice complicity with the audience.  Robert Hamer directs with bounce and style, combining broad and subtle humour so adeptly that while nothing is over anybody’s head, sophisticated audiences won’t have a tedious moment.  Good entertainment for arties and hearties!”

Films and Filming, May 1960 by Raymond Durgnat