Sherlock Holmes and the House of Fear (1945) 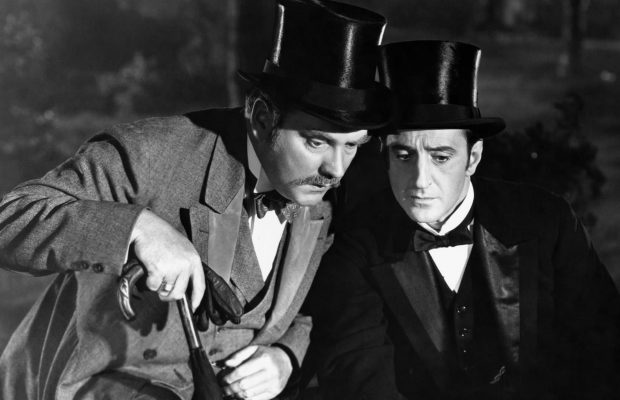 Toronto Film Society presented Sherlock Holmes and the House of Fear (1945) on Monday, November 4, 2019 in a double bill with They Might Be Giants as part of the Season 72 Monday Evening Film Buffs Series, Programme 2. 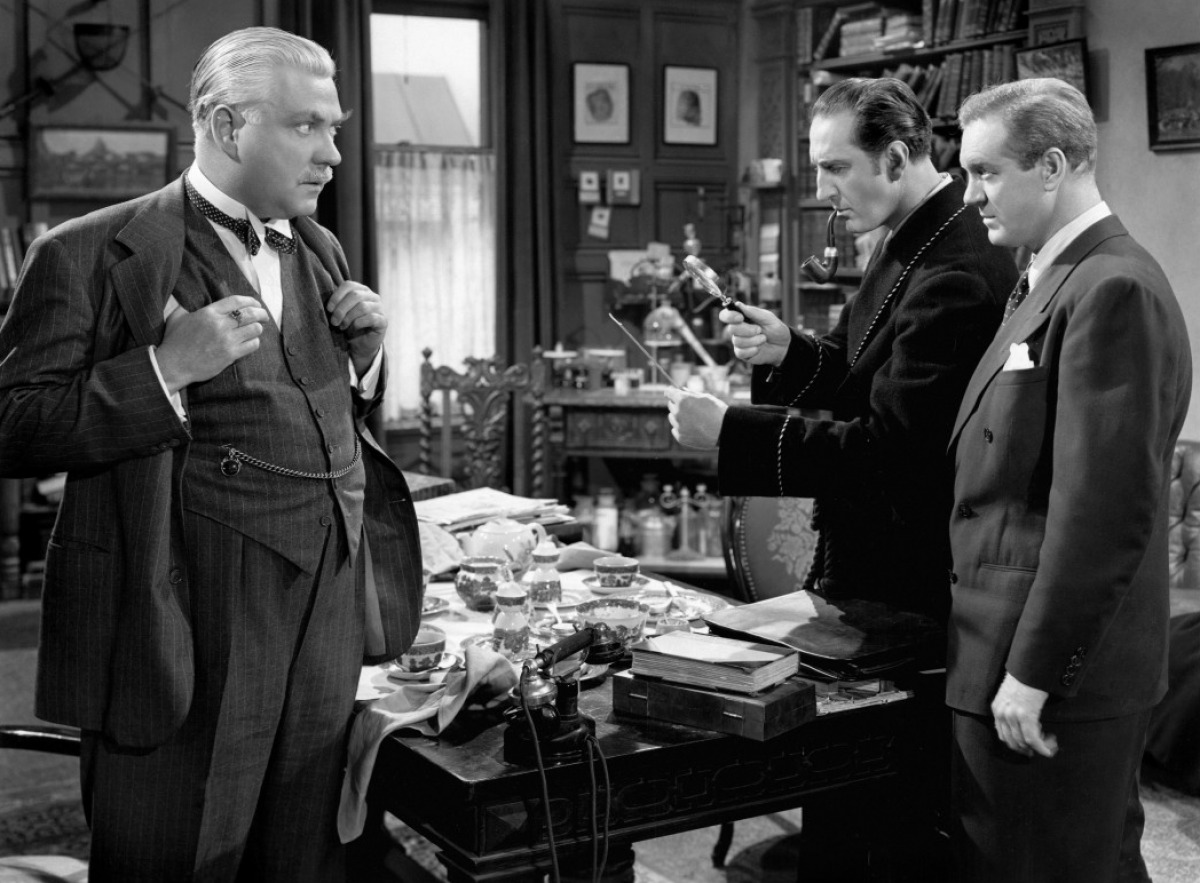 Nigel Bruce’s portrayal of Doctor Watson in Sherlock Holmes and The House of Fear is far from the Watson Arthur Conan Doyle created. Introduced in the first Holmes story, “A Study in Scarlet”, Conan Doyle’s Watson was an intelligent and resourceful man who showed nerve and initiative in his adventures with Holmes. He was a retired assistant surgeon with the 5th Northumberland Fusiliers before being attached to 66th (Berkshire) Regiment of Foot. He saw service in the Second Anglo-Afghan War (1878-80) and was wounded at the Battle of Maiwand (July, 1880). He was sent back to England and invalided out of the army with a daily pension of 11 shillings and 6 pence for nine months. Watson and Holmes were introduced by a mutual friend when Holmes was looking for someone to share rent on a flat at 221B Baker Street. They soon became friends and Watson became Holmes’ unofficial biographer. The Nigel Bruce bumbling Watson is probably the best-remembered Watson. He has become the go to Watson interpretation for sketch comedy and television situation comedies. However, other film and television Watsons are much better representations of the Watson Conan Doyle created.

Doctor Watson has been represented on film from 1912 to 2018. Most interpretations have been faithful to the Conan Doyle creation. Many well-known British and American A-list and character actors have played Watson over the years: Roland Young in Sherlock Holmes (1922); Andre Morell in The Hound of the Baskervilles (1959); Thorley Walters in Sherlock Holmes and the Deadly Necklace (1962); Donald Houston in A Study in Terror (1965); Colin Blakely in The Private Life of Sherlock Holmes (1970); Robert Duvall in The Seven Percent Solution (1976); James Mason in Murder By Decree (1979); and Jude Law in Sherlock Holmes (2009) and Sherlock Holmes: A Game of Shadows (2011). Other actors have brought Watson to life in comedy films, as well. Thorley Walters was a conventional Watson in 1962’s Sherlock Holmes and the Deadly Necklace and in the comedy films The Best House in London (1969) and The Adventure of Sherlock Holmes’ Smarter Brother (1975); Dudley Moore was Watson alongside Peter Cook’s Sherlock Holmes in The Hound of the Baskervilles (1978); and Ben Kingsley was a smarter Doctor Watson to Michael Caine’s Holmes in Without a Clue (1988). Unfortunately, 2018 gave us John C. Reilly and Will Ferrell respectively as Watson and Holmes in Holmes & Watson. 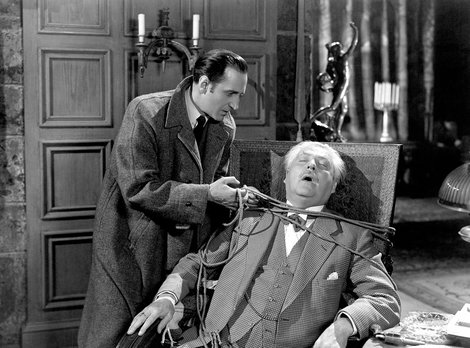 Against type, Watsons have appeared on film and television, as well. In They Might Be Giants (1971), Joanne Woodward plays Doctor Mildred Watson, a psychiatrist who tries to help George C. Scott, a judge, who on the death of his wife retreats into a fantasy world, imagining himself as Sherlock Holmes. Australian actor Laurence “Laurie” Main played an animated mouse Watson in Disney’s The Great Mouse Detective (1986). Asian-American actress Lucy Liu plays Doctor Joan Watson in the television series Elementary (2012 to present). The other television Watsons are a category all to themselves, so won’t be mentioned here.