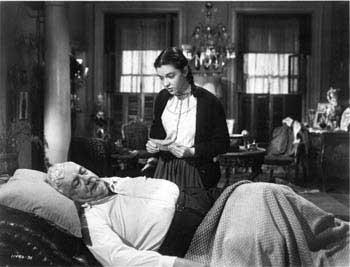 Toronto Film Society presented The Stars are Singing (1953) on Sunday, January 4, 1981 in a double bill with Week-End at the Waldorf as part of the Season 33 Sunday Afternoon Film Buff Series, Programme 5.

The greatest Wagnerian soprano of all time?  Such a question might elicit any number of answers: Lilli Lehmann, Fremstad, Gadski, Leider, Flagstad, Traubel, Nilsson–or any of another half-dozen celebrated candidates.  The greatest Wagnerian tenor of all time?  One name suffices, one upon which all agree: Lauritz Melchior.  No music lover who had been privileged to hear Melchior during his extraordinary 24 season (February 17, 1926 in Tannhäuser to February 2, 1950 in Lohengrin) at the Met, or in the time since his retirement from that stage, would dispute that assessment.  Melchior possessed, simply, a wondrous voice, and he had power, dignity and artistry besides.  His warm baritonal timbre, topped by ringing high notes, proved an ideal organ for the heroic parts he undertook.  He was one of the rare Wagnerian tenors who always maintained a round and beautiful tone, without neglecting enunciation and expression, and there was never any diminution of his techniqyue, even nearing the end of his career.  Everything about Melchior’s singing had behind it a kind of enthusiasm and exultation.  Quite natural, perhaps, for he was like that about life–he exalted in it–and his energy was unflagging.  He sang in all but three of the 515 Wagner productions staged at the Met between 1926 and 1950; between 1924 (his debut at Bayreuth) and 1950, he sang in Wagner almost 1,000 times: Tristan und Isolde (223 times), Die Walküre (181), Tannhäuser (144), Siegfried (128), Götterdämmerung (107), Lohengrin (106), Parsifal (81).  Add to that some 2,100 concerts and recitals, plus over 1000 appearances in other operas, about 300 recordings, and 5 films in Hollywood: Thrill of a Romance (1945), Two Sisters From Boston (1946), This Time for Keeps (1947), Luxury Liner (1948) and The Stars are Singing.

Laurtiz Lebrecht Hommel Melchior was born March 20, 1890 in Copenhagen, studied there, and made his formal debut at the Royal Opera House in 1913, as a baritone.  After restudying his voice to become a tenor, he made a second debut, this time as a tenor in Tannhäuser in 1918.  From 1921 to 1924 he studied in Germany and London and then made his mark in Wagner.

Besides performing his wealth of Metropolitan roles over the years, Melchior enjoyed appearing as a concert performer and guesting on radio shows.  When asked how he kept up the grueling pace, he replied, “I never strain.  I always sing with the interest, never use my principal.”  The gentle giant (6’4″, 250 pounds), described by one film critic as Sophie Tucker in a suit, was 55 when he made his film debut, and no one, least of all himself, thought he would play romantic leads.  Rather, he was happy to be on tap as a conic tenor.

Melchior had been quite delighted with his film fling, but the Metropolitan Opera’s new manager, Rudolf Bing, was decidedly not so pleased, and the tenor did not, or, as some have it, was not asked to renew his Metropolitan contract.  Melchior blithely turned to guest performing on television and in 1953 returned to the screen in Paramount’s The Stars are Singing.  He was jovial Poldi who shelters refugee Anna Maria Alberghetti in his Greenwich Village apartment.  Among his show business neighbors who hide the girl from the immigration authorities was Rosemary Clooney.  Melchior performed “Vesti la Giubba” from I Pagliacci and the popular song “Because”.  The film was not successful and Melchior returned to television guesting.  He died March 18, 1973.