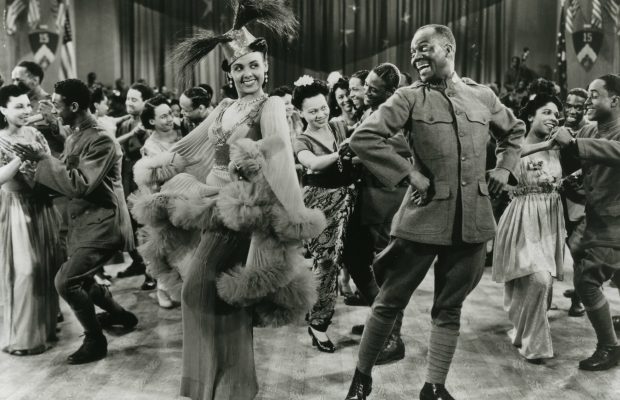 Toronto Film Society presented Stormy Weather (1943) on Sunday, January 6, 1985 in a double bill with Hallelujah, I’m a Bum as part of the Season 37 Sunday Afternoon Film Buffs Series “A”, Programme 6. 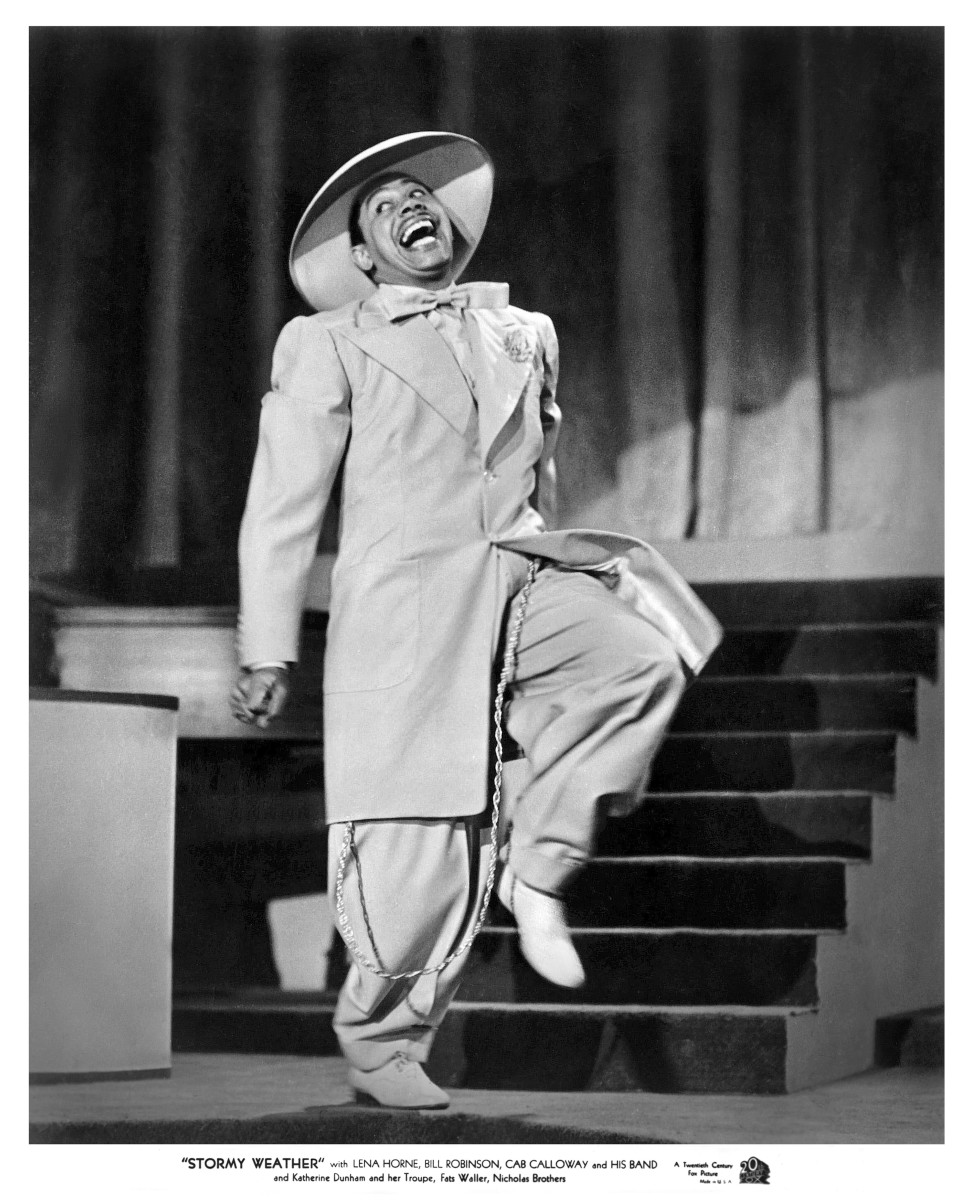 The story is roughly based on the early career of the legendary Bill Robinson, but the real story of this wartime musical gem is the story of black music of the era.

Stormy Weather gives more of the appearance of a super-vaudeville bill than a motion picture (and it wouldn’t even be too much of a surprise to see the candy-hawkers moving up and down the aisles of the Crest during its all-too-short running time).  The story, such as it is, tells of Robinson returning from France and rising up the show-world ladder to an eventual Hollywood appearance in 1936.  The one string holding the story-line together is the extended romance between Robinson and Lena Horne.

The musical highlights are many, with no fewer than a dozen main songs throughout the film.  The title song is given the classic arrangement by Miss Horne, and her presentation of “I Can’t Give You Anything But Love” is only slightly less of a classic.

There will be many a memory of years gone by when Fats Waller Joins with Ada Brown in “Ain’t Misbehavin’.”  This time, Dooley Wilson is not sitting at a piano in Rick’s smoke-filled bar and “playing it again,” but he does well in a straight role.

Stormy Weather came on the heels of another all-black musical, MGM’s Cabin in the Sky, which was also a huge box-office success.

The production was lavish, and The New York Times noted: “The sets are believable, gaudiness having been ruled out by the $5,000 set-ceiling limitation during the War.

Bill “Bojangles” Robinson first entered show business in 1928.  He was born in Richmond, Virginia, and began earning his living by street-dancing at the age of eight.  His first film appearance was in Dixiana in 1930, with Bebe Daniels and the comedy team of Wheeler and Woolsey.  He teamed with Shirley Temple in no less than four of her films.  One of these, The Littlest Rebel (1935) is generally regarded as “the definitive Robinson performance.”  He died in 1949.

Lena Horne is generally regarded as the top black star of the 1940s.  And, she was the first to admit, most of her successes came from exhibiting her extraordinary “copper” skin tone.  She starred in both Cabin in the Sky and Stormy Weather.