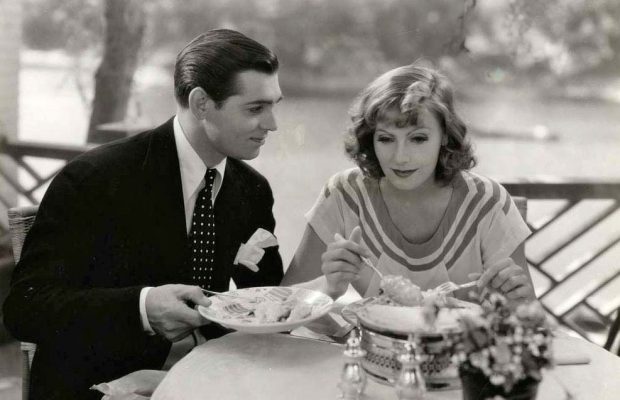 Toronto Film Society presented Susan Lenox: Her Fall and Rise (1931) on Sunday, March 27, 1988 in a double bill with As You Desire Me as part of the Season 40 Sunday Afternoon Film Buffs Series “A”, Programme 11.

While in Europe, in 1925, L.B. Mayer signed Greta Garbo to a three year contract at M-G-M.  With her arrival in America shortly after, however, M-G-M was at first disinterested in her and then did not know quite what to do with her.  The publicity department became busy trying to create an image and decided, first, on the rugged, athletic Swede.  After being photographed with the M-G-M lion, Garbo wrote in a letter, “I have never been so afraid in my life.  If I ever become as great as Lillian Gish, I shall have in my contract that I’m to be spared such idiocies.  And no shaking hands with professional boxers.” 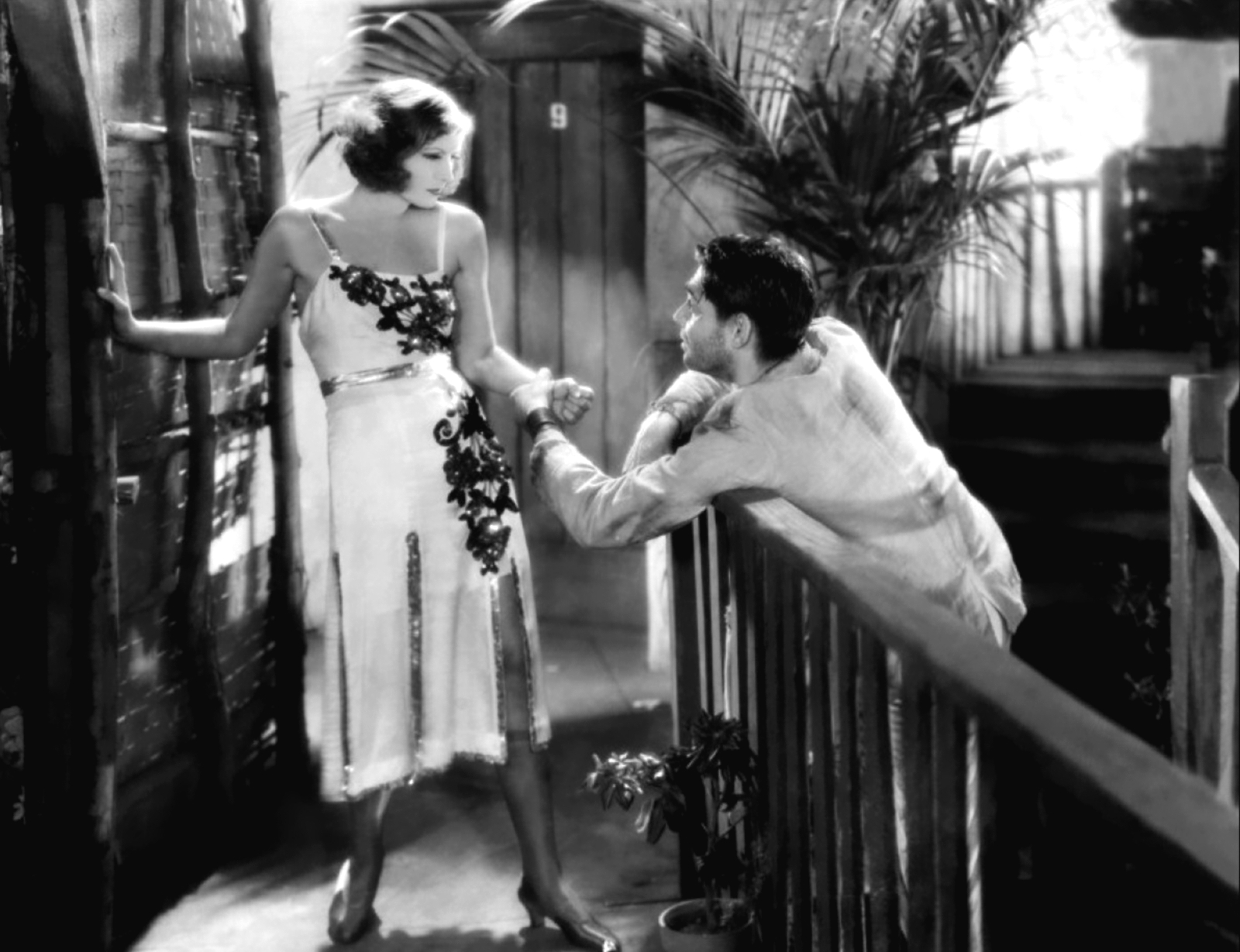 She was not given any roles until she accidentally came to the attention of director Monta Bell, who cast her in her first American film, The Torrent, in 1926.  She was well received by the public, and M-G-M now decided on her persona.  Garbo brought to the screen a sexuality far more mature than it had seen before.  It was not flirtatious or sultry, but passionate, glowing with the help of her long-time cinematic co-worker, cameraman William Daniels, who filmed all but four of her American films.  The quality of his lighting and camera angles captured the attributes within Garbo that were her power.  Her acting abilities have always been a point of contention, but her very presence was enough to carry a film.

Despite the exceptions, and even taking into account the special glow and gloss that M-G-M lavished on them, there is something entirely distinctive about Garbo’s film; and through every one of them the Garbo image itself stays constant, providing a living center even to the most unworthy vehicles; and which survives even when the film itself seems to have crumbled away around her.  The mystery is just how this shy and reclusive woman, who seemed to have so little real passion for her work, who so disdained the studio organization and publicity machinery, could so assuredly dominate the work in which she appeared.  (David Robinson)

The fact that Garbo had the strength of filmic personality to carry a film allowed the other elements of a film to be either secondary or just second rate.  For all her popularity and stature, she was really in very few truly good films.  Conversely, few of her films would have been good without her.  This placed her leading men in a position where they could rarely hold their own against her.  Clark Gable was one of the few of her screen lovers who stood up to her.  He saw this opportunity to be in a Garbo film as a stepping stone in his own career, knowing that it would never be a film that he could call his own.  After turning down an offer to play opposite her, Leslie Howard stated, in 1933,

She is a most intriguing personality.  A peculiarly dominating personality on the screen and that is exactly why I declined the part.  I shouldn’t hesitate to play opposite the most glamourous of stage actresses since a play can be depended upon to materialize as rehearsed.  But a picture is different: added to the terrific competition of her personality–which no man has equaled–the film would naturally be cut to her advantage.  And where would I be?