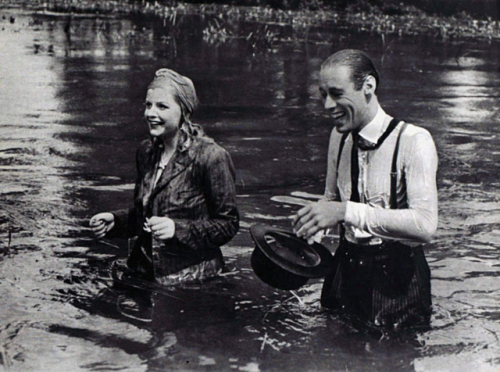 Ten Days in Paris offers a chance to view a rarely seen Rex Harrison film from the days prior to his arrival on the Hollywood scene.  It’s Harrison still in his 30’s and living up to his gossip columnist tabbing of “Sexy Rexy”.

Rex Harrison, as “Stevens”, is involved in an aircraft accident which kills his flying companion and leaves him in a daze. By picking up the wrong clothes, his identity is changed and he finds himself a spy for enemies of the English-French alliance.  He goes along with the situation and uncovers a plot involving the enemy prying into military affairs.  He eventually brings himself and the others to an old-style “chase” finish which involves a trainload of munitions in which a time-bomb has been placed.  Along the way, Harrison, in addition to making tracks into the discovery of the spy network, finds opportunities to make some time with the kitchen maids of his abode, where he becomes the chauffeur to the family of a French officer who is up to no good.

Ten  Days in Paris was never intended to become a classic film, rather it is an ideal showcase for the “bon vivant” manner of the Harrison character.  It was meant to be part of a double-bill, although the running time (76 minutes) was a touch longer than the normal programmer.

The New York Times reviewer in April of 1941 (the film did not reach American screens until almost two years after its British release) cautioned that the customer should “check his wits outside”.  The film itself was a little dated by this time, as the Maginot Line had already fallen.  The review goes on: “(Ten Days in Paris) is undoubtedly one of the giddiest spy melodramas of the season.  Blithely it defies several rules of dramatic grammar; on one coincidence it piles a score and, if authors and directors were brought to book on all its implausibilities, the sentence would be severe.  But, at the risk of encouraging anarchy, let’s wink at the facts.  For, preposterous as it is, Ten Days in Paris is rattling good fun.  With the most disarming manner in the world the story dances ahead, dropping innumerable innuendoes but rather fewer essential clues than is cricket.  But, when the idea is daring, the villains sinister, the hero witty and the stakes high, why cavil at inconsistencies?”

Rex Harrison was born Reginald Carey Harrison in March of 1908 in Huyton England.  He made his stage debut at 16 with the Liverpool Repertory Theatre.  In 1930, he first appeared on the London stage as well as in British films.  In 1936 he made the first of many appearances on Broadway in “Sweet Aloes” and later that same year became a London stage star in “French Without Tears” a play that established him as a master of black-tie comedy.  The war interrupted his career, as he served as flight lieutenant in the R.A.F.  However, he made a triumphal return in 1945 in such British films as Blithe Spirit and The Rake’s Progress.  Later that year, he went to Hollywood and starred in a number of films, notable Anna and the King of Siam.

His remarkable stage and screen career culminated in the mid-50’s with the definitive portrayal of Henry Higgins in Broadway’s “My Fair Lady”.  He won the Academy Award in 1964 for repeating the role in the film version.

Harrison’s real-life exploits have been not unlike his on-screen capers.  He’s been married at least a half-dozen times.  The first to Marjorie Thomas, produced actor Noel Harrison, who was born in 1936 in London.  His second marriage, form 1943 to 1957 was to actress Lilli Palmer, and was shrouded in scandal for a time.  In July of 1948, blonde bombshell actress Carole Landis was found dead of an overdose of sleeping pills.  The cause of her suicide was said to be her heartbreak over breaking up with Harrison, who at the time was married to Palmer.

The scandal involving the Landis death put a damper on his first Hollywood career, but, in the long run, probably helped him.  He returned to the stage where he refined his acting skills as the suave, urbane Englishman suggested, but never fully achieved in earlier films.

However, as others have noted, Harrison should not be type-cast, since films such as Cleopatra, and his portrayal of Caesar, gave him the opportunity to rise above the rest in a poor film.  In The Agony and the Ecstasy, as Pope Julius II, he was able to overcome a poor production.  He was seen by TFS members last season in another early role, Night Train to Munich.

Karen Verne (aka Kaaren Verne) appeared briefly on the motion picture scene without much distinction it seems.  Her first recorded appearance was in Variety.  However, one of the reviewers mentions “earlier roles”.  With the second “a” coming and going from the first name, she appeared in minor supporting roles in such films as Sky Murder (1940), Underground (1941), All Through the Night (1942), Kings Row (1942), Sherlock Holmes and the Secret Weapon (1943), Seventh Cross (1944) and her last film to be reviewed, A Bullet for Joey (1955). 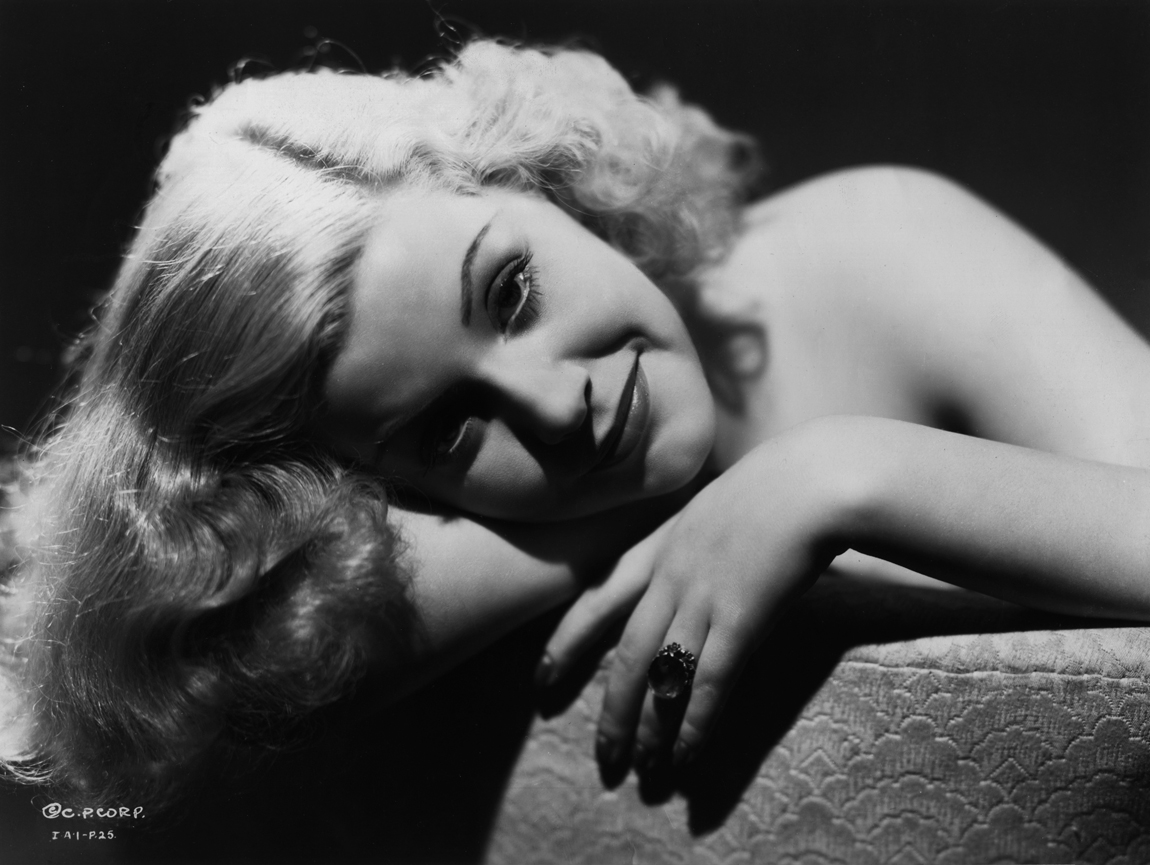 Leo Genn was in one of hs early films appearances in the role of Lansen in Ten Days in Paris.  He was born in London in 1905, studied law at Cambridge, and was a practicing barrister when he made his stage debut in 1930.  He continued both his law and stage and screen careers until 1939, when he made his Broadway debut.  His appearance in this film was his fourth on screen.  His major film breakthrough was a small but memorable role as the Constable of France in Laurence Olivier’s Henry V (1944).  He was nominated for an Oscar as best supporting actor for his portrayal of Gaius Petronius, Nero’s counselor in the 1951 production of Quo Vadis.  Other key appearances included Mourning Becomes Electra (1947, The Snake Pit (1948), Lady Chatterly’s Lover (1955), Moby Dick (1956), The Longest Day (1962), 55 Days at Peking (1963).  Leo Genn died in 1978.

At the conclusion of World War II, Colonel Genn was a prosecutor at the Nuremberg and Belson War Crimes Trials.