Toronto Film Society presented The Bishop’s Wife (1947) on Sunday, December 7, 1986 in a double bill with The Good Fairy as part of the Season 39 Sunday Afternoon Film Buffs Series “A”, Programme 5.

The Bishop’s Wife is a light-hearted fantasy film, made for the Christmas season of 1947, and telling the tale of an angel sent from heaven to the aid of an Episcopalian bishop, in answer to the latter’s prayer for help in obtaining funds for a new cathedral.  The angel finds that the bishop’s obsession with the new cathedral is causing him to neglect his needy parishioners and his young wife and sets out to remind him of his true obligations.  Cary Grant is the angel and the role shows him to us as most of us would like to remember him–giving a marvellous performance in a polished Hollywood production with an enormously talented supporting cast, the whole thing photographed by the most talented of all Hollywood cameramen, Gregg Toland.  For the rest, it seems best to let the contemporary reviewers and Grant’s co-star in the film, David Niven, have their say. 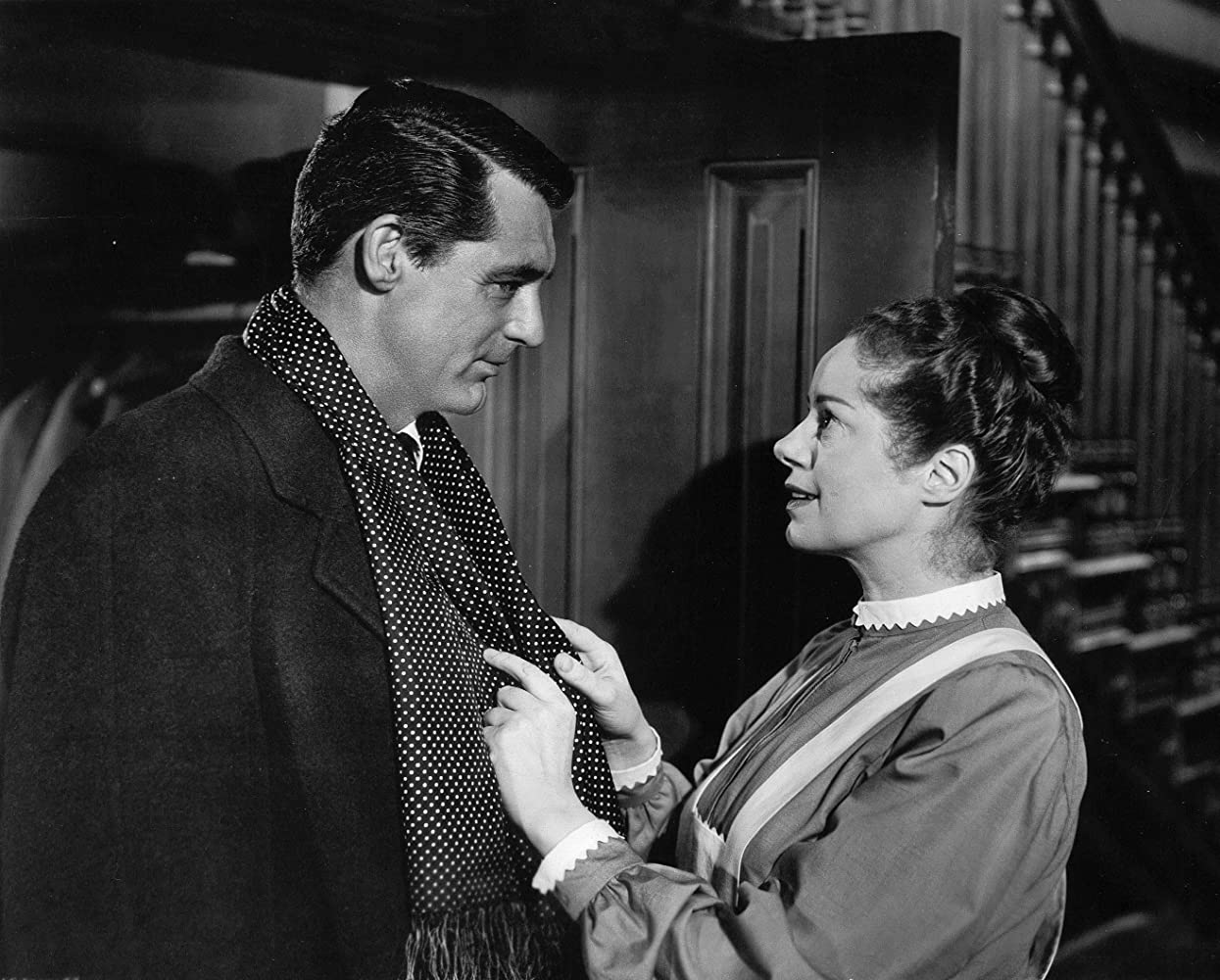 “It comes very close to being the most enchanting picture of the year…(Henry Koster) has induced Mr. Grant to give one of his most fluent and beguiling performances….We cannot recommend you to a more delightful and appropriate Christmas show.”–Bosley Crowther in The New York Times

“This is a picture calculated to make an audience leave the theatre with a good feeling.  It has a warmth and charm that makes believable the fantasy and has been put together with complete understanding by all involved.  Samuel Goldwyn’s marshalling of cast, director, writers and physical values stamps it with a class touch….Cary Grant is the angel of the piece and has never appeared to greater advantage.”–Variety

“After a talky start, Director Henry Koster weaves a picture that is at times quite lovely; and in the skating scene it gets as close to poetry as movies ever do.  The argument bogs down occasionally and can hardly be considered orthodox.  But as a sophisticated Christmas carol, The Bishop’s Wife comes through nicely and should please adults who like their movies off the beaten track.–Philip T. Hartung, Commonweal

“It is Cary Grant’s playing that rescues the role of the angel named Dudley from the ultimate peril of coyness.  With nothing more than a beaming countenance and an air of relaxation that is certainly not of this world, he achieves a celestial manner without so much as a hint of wings on his dark blue suit.”–Hermine Rich Isaacs, Theatre Arts Magazine

“The day before shooting was to start, Goldwyn decided that the interiors of the Bishop’s house were not ecclesiastical enough and ordered several sets to be torn down, redesigned, and rebuilt.  For three weeks, while this was going on, production was halted; then, two days after the cameras finally had a chance to turn, Goldwyn decided that Seiter’s (Bill Seiter, a director of broad comedies) hand was a little too heavy on the tiller; he was removed, paid his full salary, and after a week Goldwyn hired Henry Koster to start again from scratch–with another two weeks of rehearsal.  All this must have cost Goldwyn several hundred thousand dollars, but in the end, he got what he wanted.”–David Niven, in Bring On the Empty Horses