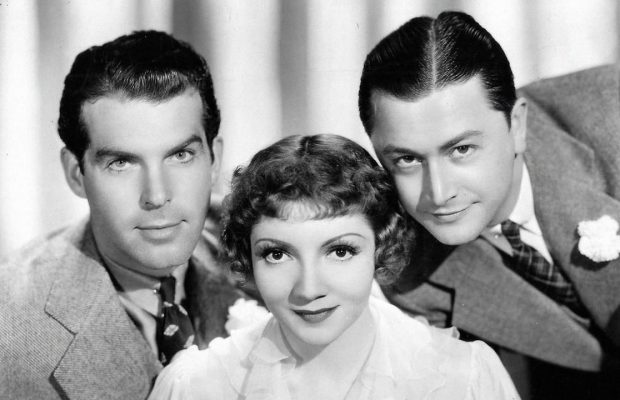 Toronto Film Society presented The Bride Comes Home (1935) on Monday, February 3, 2020 in a double bill with A Millionaire for Christy as part of the Season 72 Monday Evening Film Buffs Series, Programme 5.

The supporting cast of The Bride Comes Home includes perhaps three of the finest character actors in film: Donald Meek, Jimmy Conlin, and Edgar Kennedy. All three of these actors had their own unique qualities, strengths, and charms that have endeared them to film audiences throughout the years. Donald Meek, as his name suggests, often played a quiet, unassuming fellow. Jimmy Conlin, with his small stature and odd, almost bird-like appearance, was a favourite of director Preston Sturges, who gave him sizeable supporting roles in nine movies. However, it is Edgar Kennedy that so many of us remember, with his large size, bald head, and mastery of the “slow burn”. Who can ever forget his role as the lemonade vendor going up against Harpo and Chico Marx in Duck Soup (1933)?

Edgar Livingston Kennedy was born on April 26, 1890 in Monterey County, California to Canadian parents. When he left high school, he took up boxing as a light heavy weight and once went 14 rounds with Jack Dempsey. When he finished his boxing career, he began performing as a singer in vaudeville, musical comedies, and light opera before beginning his film career in 1911. Kennedy was one of Mack Sennett’s original “Keystone Kops” in silent films. By the 1920s he was very busy working for producer Hal Roach in supporting roles. He worked with many fine comedic actors, including Charlie Chaplin, Fatty Arbuckle, and Laurel and Hardy. Quite often he was cast as the antagonist in Laurel and Hardy silent and sound films. He also directed two Laurel and Hardy shorts in 1928: From Soup to Nuts and You’re Darn Tootin’. He appeared in close to 500 films during the silent and sound eras. 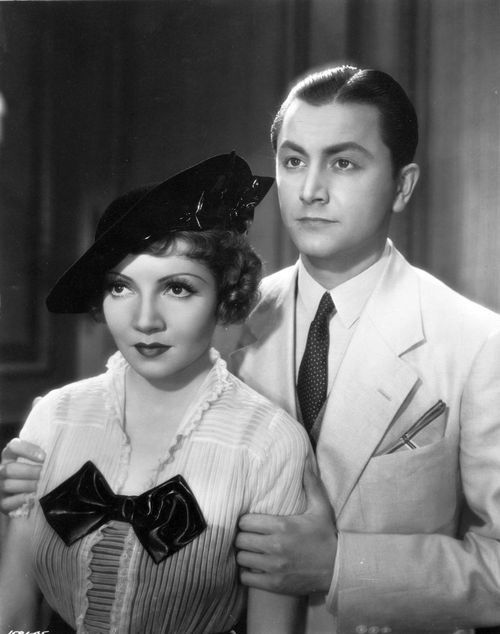 Kennedy was often cast as cops, blue collar workers, detectives, and other rough characters. He appeared in comedies, dramas, films noir, and even westerns. His mastery of playing frustrated, angry individuals who eventually exploded after the slow burn he did so well got him his own series of short films for RKO, known as the “Average Man” comedies. In these films he stars as a blustery, stubborn guy trying to accomplish a household project or get ahead in his job. He is sidetracked and sabotaged by his meddling wife, freeloading brother-in-law, and skeptical mother-in-law. This series of shorts and Kennedy’s portrayal of the average man are said to have pioneered the situation comedies that later became so familiar on television. Kennedy made six “Average Man” shorts in 17 years. He also made a short film called The Other Fellow (1937), in which he plays a hot-headed, road hog motorist who vents his frustration on other drivers, also played by Kennedy. Through all of his road rage venting, he never realizes that, to the other drivers, he is the other fellow. His mastery of the slow burn was so popular that it was often appropriated by other actors. In an October 5, 1939 interview for the Calgary Herald, he said that he was tired of seeing the slow burn technique that he had mastered and become so well known for being used by serious actors. “I caught a double-bill, the other night, and a straight man in each picture used my pet trick, getting laughs on the rebound. I’m not crying for sympathy, but I do wish we comics had a little better protection.” He could have taken cold consolation in the old adage, “Imitation is the sincerest form of flattery”.

Kennedy was married once; to Patricia Violet Allwyn, and they had a daughter and a son. Their son served in the US Navy during World War II. In his spare time, Edgar Kennedy was an avid and accomplished golfer, even once beating amateur champion Bruce McCormick. Patricia said of Edgar that, while he was on tour for the US military visiting veterans’ hospitals, he had no time for golf. In a May 24, 1945 interview for the St. Petersburg Times, she said, “He does, however, carry one club with him where ever he goes. He has battered up many a hotel carpet during his journeys throughout the country.” Edgar Kennedy died of throat cancer at the Motion Picture Hospital in San Fernando, California on November 9, 1948. He was survived by his wife of 24 years and his two children.