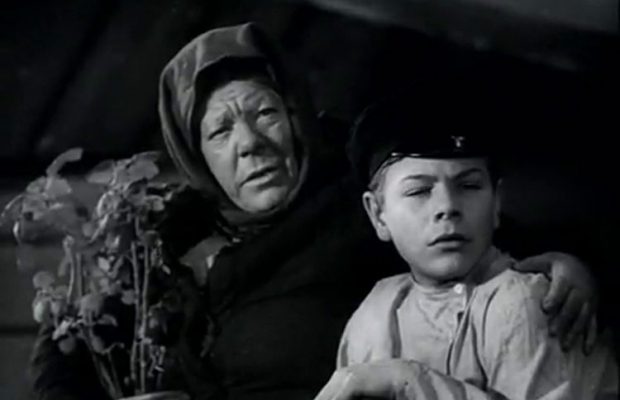 Toronto Film Society presented The Childhood of Maxim Gorki (1938) on Monday, November 13, 1950 as part of the Season 3 Main Series, Programme 3.

Life Magazine had this to say (Spring, 1948): “The subject of sex has always been a step-child of education because some parents have objected to its inclusion in the school curriculum, but mostly because it is such a difficult and delicate subject to teach.  For years educators have sought a method of sex education which would get rid of embarrassment and bring the subject into the open.  The State of Oregon was the first to come up with an answer.  In 1948 it gingerly released a film designed to teach the facts of life to children in the sixth through the ninth grades of high school.

This epoch-making movie took ten years of careful research by Dr. Leslie Beck, professor of psychology at the University of Oregon.  Every step of the film was tested by parents and teachers.  Its producer, Eddie Albert shot and re-shot scenes to eliminate any expression or phrase that could cause embarrassment to the audience.  In Oregon 7000 parents were polled individually; 6850 said they were eager to have their children see it.”

The format is that of a film within a film.  The prologue and epilogue show a classroom of children preparing for and discussing a lesson.  It is on these sections that so much painstaking effort was expended by Dr. Beck and the producers, and it is these parts that are so worth-while.  The “inner” film which is shown to the class consists solely of animated diagrams.

In the ancient town of Lunel in Languedoc the craft of barrel-making has been handed down from father to son since the days of the Roman Empire, and the cooper is a man of importance.  M. Valentin, cooper, his master-craftsman, Cremier and the apprentice, Felix show the patience and ingenuity that go into the art of barrel-making.

The same qualities of humanity and observation displayed in Rouquier’s Farrebique are experienced in this account which is a perfect example of a visually self-sufficient film. 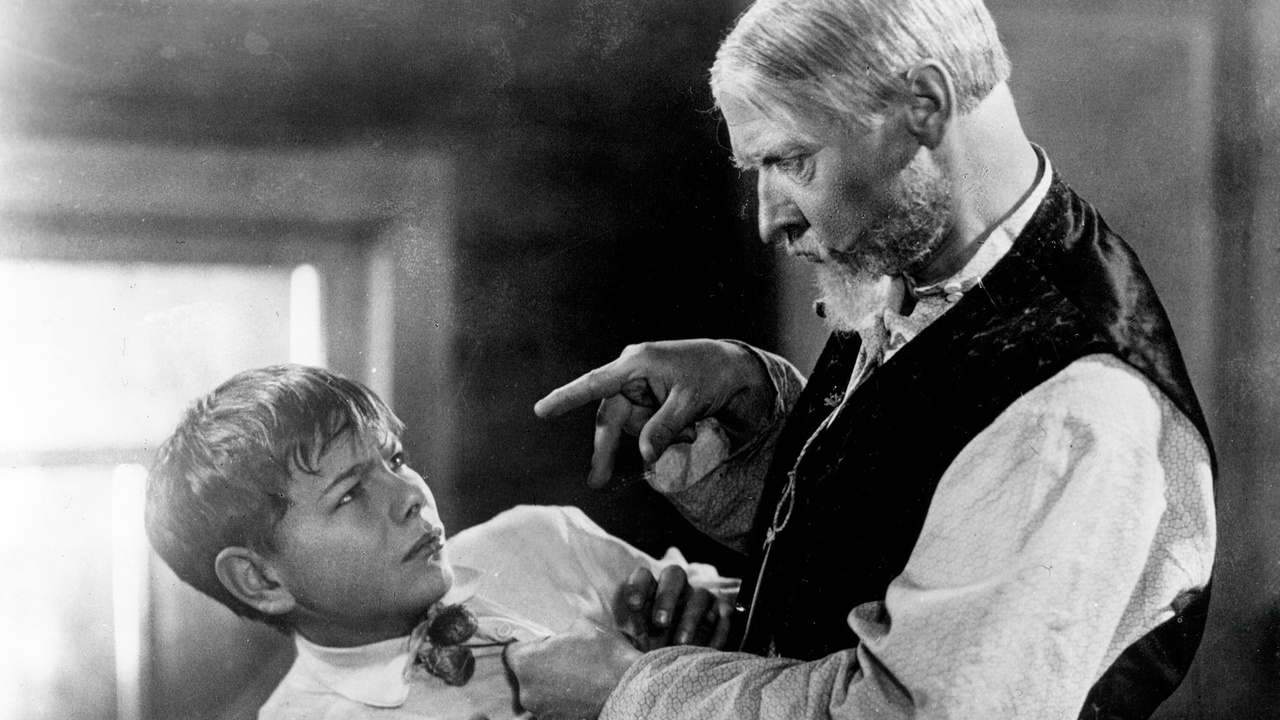 The work which reveals Donskoi as an individual master of his art is the triology based on Maxim Gorki’s autobiographies–Childhood of Gorki, Out in the World and My Universities.  “All my previous work as a director,” he wrote later, “was in preparation for the task of bringing Gorki’s autobiographies to the screen.”

The first film of the trilogy is considered the best.  A reverent study in the genesis of a literary artist, it reconstructs the scenes of Gorki’s childhood with remarkable realism, force and charm.  It is not easy to film a child’s early life and impressions, to render faithfully on the screen all those things which made the man what he was.  In this case the result is admirable.

The most remarkable portrayals are probably those of the grandmother and grandfather.  The distinguished actress Massalitinova makes a brilliant characterization of the grandmother–a wise, earthy, pagan creature, whose very ordinariness has a poetic quality.  The grandfather, vicious, rapacious and self-willed with a tenderness in his extraordinary cruel love for Alexis is excellently played by Troyanovsky.

Donskoi’s talent in portraying children is exemplified in the parts of Lenyka, the crippled boy and Alexis, Gorki and child.  He sees children as they see themselves, and in his films they bring their world with them intact, and therefore remain slightly mysterious.

When Donskoi is at his best, with his material fully under control, his direction shows a rich, vivid style, ranging from grim, powerful realities to lyrical passages.  Expressive natural backgrounds are found in nearly all his films.  The qualities which distinguish Donskoi from other Soviet directors working today are his sensitive response to all the expressive resources of his medium and his generous and unforced humanity.  When his scenario does not propagandize at the expense of characterization and narrative continuity, the result is found in The Childhood of Maxim Gorki–a modern Soviet film which, though it has a firm bearing on its time, contains a poetry and humanity in no way obscured by didacticism.

TALKING BACK TO THE MEMBERS

QUESTION:  Is Wedding of Palo true to life?  Does jealousy as shown here really occur among Eskimos?
ANSWER:  Miss Ella Martin, Lecturer – Division of Education, Royal Ontario Museum – points out that Rasmussen lived with and knew the Eskimos: his portrayal of their psychology is consistent throughout the film.  She recommends for further information The Thule Expedition, a report of the Danish expedition to Arctic North America in charge of Knud Rasmussen; Vols. 7 & 8 portray the human feelings of the Eskimos.  (Public Library, Reference)

QUESTION:  Young couple in front of me rattled candy bag and chattered incessantly.  Can’t be helped I suppose.  Are members permitted to throttle such pests?  Perhaps we should install a popcorn machine and feature Van Johnson pics.
ANSWER:  The Management cannot accept responsibility for throttled members.

QUESTION:  Can we see more films on paintings and drawings?  i.e. Van Gough
ANSWER:  Two art films will follow this Season.  Van Gough was shown commercially a few months ago; perhaps next Season the Society could revive it.

QUESTION:  Can’t the translation be put at the bottom of the film (Joan of Arc) and give more of it?
ANSWER:  Film is as Dreyer planned it in 1928. It was not until sound arrived that sub-titles for foreign versions were superimposed on the actual image.  Practical experience has shown that the maximum number of lines is 3.

QUESTION:  What music was used to accompany Joan of Arc?
ANSWER:  Recordings of Sibelius’ “Death of Mélisande”, Rachmaninoff’s “Isle of the Dead”, Schoenberg’s “Transfigured Night”, Hindemith’s “Mathias the Painter”, Vaughan Williams’ “Fantasia on a Theme of Tallis”, Sibelius’ “Prelude to the Tempest” were cued to synchronize with the film.

QUESTION:  Is there a way to understand a film such as At Land better?
ANSWER:  Maya Deren’s lecture-demonstration, it is hoped, helped members approach her films.  Her Anagram on Art, Form and Film can be secured at the Society’s Bookservice.  She stated her films are made to be looked at often.

QUESTION:  Could we substitute Birth of a Nation or Intolerance for Tabu?
ANSWER:  Prints from the MMA must be booked months in advance.  Moreover it was felt that if another silent film was used, the Season’s programmes would contain too many films from the silent period.

SUGGESTION:  Pleas do away with announcements.
ANSWER:  The announcements are part of the activity of the Society; they are kept as short as possible and made only when necessary.

QUESTION:  Could we have a comedy each week?  Features wonderful but hard on emotions.
ANSWER:  The Season’s programmes are planned for balance on an over-all basis.  There are too many important documentaries which cannot be seen commercially and too few good short comedies available to make this practical.

QUESTION:  Is there any explanation for the strange programme note on Human Growth stressing the excellence of the “live” scenes and dismissing the central part as consisting solely of animated diagrams?
ANSWER:  It is good to find members discovering for themselves what is worthwhile in a film and taking back to the programme notes.  Hurrah for this one!

QUESTION:  Human Growth does such a good job of selling sex-education, one wonders how generally it has been used.
ANSWER:  Film was turned down in Toronto because the School Board approves of the psychological rather than the physiological approach to the subject.

QUESTION:  Could we see more Eisenstein films?
ANSWER:  As there are only 9 programmes a Season and 2 Eisensteins have been shown (voted by members among the least popular features shown), it seems we should show the work of another important director.  How about a Pudovkin film?

QUESTION:  Wonder if we could get Flesh and the Devil with Greta Garbo?
ANSWER:  No source for this film has been discovered so far.

Favorable comments: “Fascinating from an anthropological point of view, film has also the charm and appeal of a Flaherty film without equalling that standard; some sequences show very competent cinematic skill.”  “photography excellent and sometimes poetic”; “slight touches of comedy subtle and unobtrusive”; “unforgettable”; “a beautiful film”

Unfavorable comments:  “sometimes dragged”; “continuity disjointed”; “I resent seeing a stimulating account of Eskimo mores clouded over by so hackneyed a ‘story influence'”‘ “could have been more informative regarding customs – more explanation necessary”

Community Life was “priceless” but the sound track was difficult to follow
The Adventurer was generally felt to be one of the best Chaplins; two members find Chaplin “tiresome and dull”
Window Cleaner – “a fine example of disciplined film making – not one shot in film is superfluous”
1848 praised for its excellent treatment of stills

Favorable comments:  “The silent screen at the height of its power and beauty – probably the most austere film ever made and surely one of the greatest.”  “This film will probably be among the most memorable of my 25 years of picture-viewing.  Not since Garbo has such a face appeared.”  “A superb film – extremely effective”; “it alone was worth the Season’s subscription.”  “The best film I ever saw”; “excellent handling of assets of silent film – characterizations excellent – photographic compositions fine”; “refreshing attitude to church”; “musical score fitted the mood perfectly.”

Unfavorable comments:  “too long, too slow, rather static, too harrowing”; “too depressing – by comparison Ingrid Bergman’s Joan of Arc was much better”; “requires no music – builds its own atmosphere”; “persistent close-ups irritating; not my reading of the historical character of Joan; minimized the influence of the English in her trial”; “two hours is too long to look at faces – there was not enough variety and motion in Joan’s facial expression to justify such scrutiny of them by the camera.”

Great Glassblower – “disappointing the original 2 reel version was not sent, this print was disjointed and the sound faulty”; “score and photography good”

At Land – “am fond of this type of film, but would like to know how to understand it better”; “impossible to understand”; “stimulating in its approach and very cinematic”; “lacks symbolic and artistic depth of Cocteau.”

Favorable comments:  “a very lovely film, realistic yet poetic, teeming with life and rare charm, atmosphere and character”; “Donskoi has done a superlative job of portraying life as seen through the eyes of a child – it’s wonderful, mysterious, strange, terrible and pathetic aspects”; “clutter and confusion of Russian life and temperament well portrayed”; “100 minutes of enjoyment”; “a most moving film”; “Donskoi seems to be alone among the Russians in his insight into the pathos and humour of individual character.”

Human Growth – “excellent – commendably brief and to the point”; “done with beautiful candor, taste and clarity”; “should be shown in all schools”

Le Tonnelier – “Another beautiful example of Rouquier’s work with his exact delicate touch”; “impressive”; “shows a pride in work that is almost non-existent today”‘ “completely understandable without English titles”