The Cinema tells its story to the illiterate as
well as to the literate; and it keeps its victim
(if you like to call him so) not only awake but
fascinated, as if by a serpent’s eye.  And that
is why the cinema is going to produce effects
that all the cheap books in the world could
never produce.

George Bernard Shaw caught on to the film very early as an artistic medium, but typically as a means of presenting his plays, intact, before an audience much larger than the theatre could ever accommodate.  Thus began his long entanglement with the cinema, which resulted in at least one masterpiece, several estimable films, two of which we see tonight, and a few disasters.  From the beginning, Shaw insisted, with characteristic egotism, that not one word of his original text–“Holy Writ”–should be changed; this led to only one film–and that a Czech version of a minor work, in 1921–being made from one of his plays during the silent period.  With the coming of sound, he saw the possibility of direct transferral from stage to screen, and as early as 1927 there was a brief sound film made of the cathedral scene from Saint Joan, with Sybil Thorndyke.  Over the next several years, there were many overtures from the film world, as Pola Negri tried to persuade him to allow her to star in Caesar and Cleopatra, and as John Barrymore tried out for the part of Dick Dudgeon in The Devil’s Disciple.  But Shaw would contemplate the filming of his plays only if he supervised them, and only if no words were changed–unless he himself changed them.  Under such conditions were made two photographed plays in the early ’30s: How He Lied to Her Husband and Arms and the Man; “My plays can’t be improved,” as he remarked to his producer. 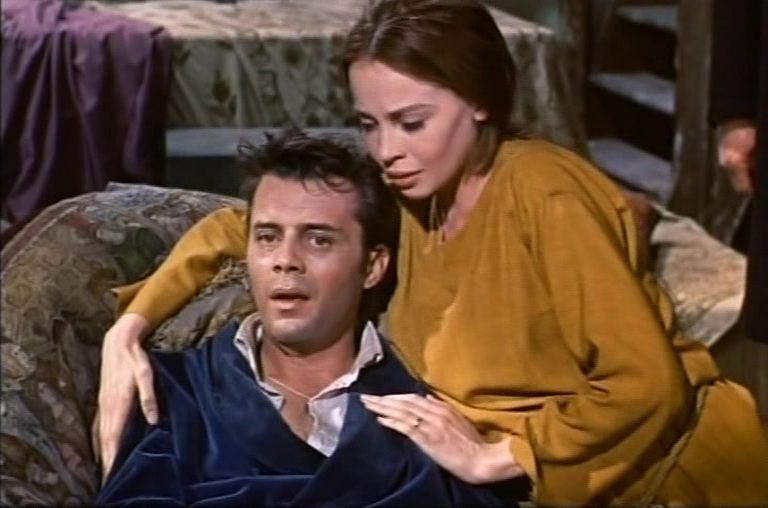 Enter at this stage, and on this stage, Gabriel Pascal.  Pascal was a largely failed Hungarian producer who had met Shaw on the French Riviera in the 1920s.  Impressed as always by disciples, and by a like attitude towards Art–“I think the onld man believed in my love of art, that’s all”–GBS invited Pascal to come to England someday to discuss the filming of his plays.  Their collaboration produced the first cinematic versions of Shaw’s plays, especially Pygmalion and Major Barbara, the first directed by Pascal himself, the second by Anthony Asquith, and both with Wendy Hiller in the leading role.  Pascal also produced and directed Caesar and Cleopatra (1945), with Vivien Leigh and Claude Rains, the most expensive British film down to that time.  These three films are almost without question the best transferrals of GBS to film.  (Incidentally, Pascal also had an idea of turning Pygmalion into a musical comedy, an idea which earned him considerable royalties later!)

After this very productive collaboration ended with Shaw’s death in 1950 (though Pascal’s Androcles and the Lion was still to come, in 1953), the adaptations of the playwright to film fell off in quality, and certainly in faithfulness to their originals.  Otto Preminger’s version of Saint Joan (1957), with Jean Seberg before she fled to the arms of the nouvelle vague, was a bomb at both box office and critic’s desk: “an awkward, obtunded, and torpid bastardization,” the critic of the New Yorker, not thinking much of the old lady in Dubuque, called it.  Then, with some rise in quality, but little in critical esteem, came the two films we see tonight. 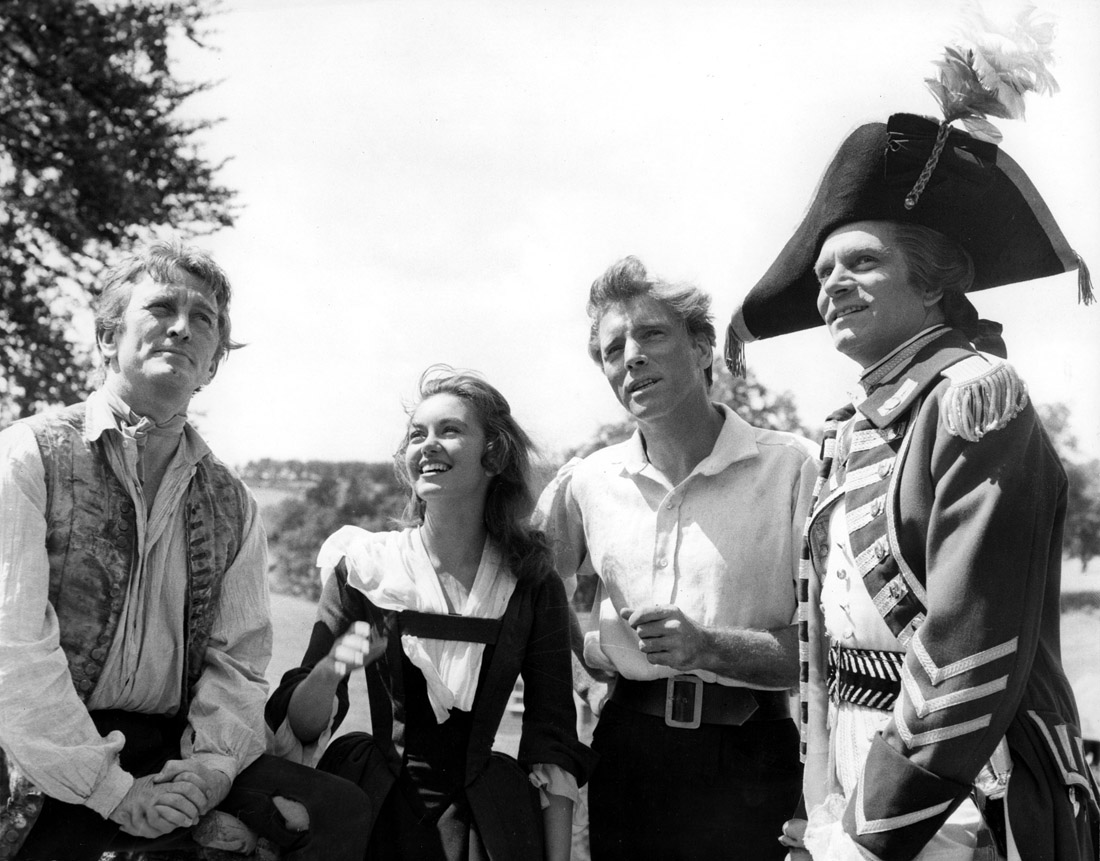 Both The Devil’s Disciple (1897) and The Doctor’s Dilemma (1906) raise questions of typically Shavian controversy: the latter, while making sidswipes, in both play and preface, at the medical profession and its greater interest in making money than in curing the sick (still less the poor), is really centred on the position of the artist in a materialist society.  Who should be allowed to survive, a hard-working general practitioner, who has much to give to society, or an artist, who believes that society should support him for what he gives it in his art?  The Devil’s Disciple, treating its subject more directly comically, raises a question at least as serious.  What is patriotism?  Who is the true determiner of history, the soldier in the field, or the generally incompetent bureaucrat or politician who gives him his orders?  Both plays, in fact, are concerned with those who are supported by society–and perhaps by history–but who in fact give it little in return, and may even subvert it.  General Burgoyne’s identification of the reasons for one of the most momentous events of modern times must strike a chord whith those who live in today’s heavily bureaucratized society!–

BURGOYNE: I have just learnt, sir, that General Howe is still in New York.
SWINDON: Good God!  He has disobeyed orders!
BURGOYNE: He has received no orders, sir.  Some gentleman in London forgot to despatch them: he was leaving town for his holiday, I believe.  To avoid upsetting his arrangements, England will lose her American colonies; and in a few days you and I will be at Saratoga with 5,000 men to face 18,000 rebeles in an impregnable position….
SWINDON: I can’t believe it!  What will History say?
BURGOYNE: History, sir, will tell lies as usual.

Both these films, despite the distinction of their directors, are actors’ films, and almost single actor’s films.  Felix Aylmer, Robert Morley, Alastair Sim, all beautifully the various infirmities of the doctors, power, the pursuit of wealth, or their own medical hobby horses; and Burt Lancaster and Kirk Douglas are thoroughly convincing as Americans caught up, whether as muscular Christians turned patriot or Yankee-Puritan gadflies, in the Revolution.  But Bogarde, the epitome of malign innocence, midway between The Blue Lamp and Death in Venice, is superbly moody; and in one of his most memorable performances, Olivier is Gentlemanly Johnny.  In that sense, and in some fear of a Shavian thunderbolt from above, The Devil’s Disciple is the better film.