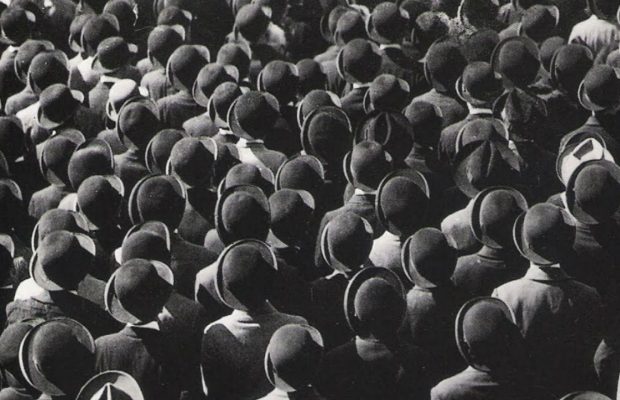 Probably Canada’s finest achievement in the documentary field to date, this film graphically, absorbingly and often dramatically depicts varying phases of life in our newest province, including fishing, seal hunting and whaling.  The talented and imaginative director uses every resource of modern cinema with telling effect–editing, camera movement, color, sound, music; and a well above average commentary excellently read by Frank Peddie.  Some of the most ingenious shots are those taken from a train as it moves across the country and passes the varying scene; and some remarkable overhead moving camera shots are taken on a whaler.

The film in Russia under State control has been used consciously as an instrument of propaganda since 1919.  With Lenin’s nationalization of the Soviet cinema, theories and experiments likely to result in effective mass propaganda films were encouraged, and in the last half of the ‘twenties a group of remarkable directors sprang up whose work gained attention throughout the world and had a profound influence on the subsequent history of the cinema.

“in the most sensational manner the directors of the Soviet silent film emphasised editing (montage) as the vital creative principle in film making.  They accepted the fundamental principles of technique which Griffith had established but worked them out to their logical conclusion.  They used them more self-consciously and deliberately, and with greater boldness and freedom.  Whereas Griffith appears to have thought predominantly in terms of the scene, and of the relationship of one dramatic scene to another, the Soviet directors tended to think far more in terms of the relationship between single shots, single fragments of action, to express implications, comments, ideas, overtones of significance. ..

When the Soviet directors came to put their theories of montage into practice, they met with astonishing success; the best of their productions, The Battleship Potemkin (1925), October (1928) and The General Line (1929) of Eisenstein, Mother (1926), The End of St. Petersburg (1927) and Storm Over Asia (1928) of Pudovkin, Earth (1930 of Dovjenko, and possibly one or two others, represent the highest level reached by the silent film as an art form.”  (Lindgren)

While Eisenstein was normally directly concerned in his films with the emotions arising out of the great mass-movements of Russian revolutionary history, Pudovkin’s interests centred on the feelings of people who had to play their individual and often painful part in these conflicts.  Thus The End of St. Petersburg, one of several films commissioned by the government to commemorate the 10th anniversary of the revolution of 1917, showed the effect of the revolution on a group of persons.  It dramatised, through the eyes of a young peasant, the social upheaval in St. Petersburg which culminated in revolution and in the replacing of old St. Petersburg by new Leningrad.

“Pictorially The End of St. Petersburg had a sweep and richness comparable to Eisenstein’s films, but it had less intellectual and structural complexities.  Its feeling for the vastness and atmosphere of the Russian countryside, its innumerable satirical touches (such as the shrieking Kerensky and the pompous police commissioner), and its portrait of the bewildered peasant who comes to look for work and finally emerges from perplexity to an understanding of the upheaval are rendered in a quick, sharp style that emphasizes the intensity of the events and carries the spectator away by the sheer force of narration…  .

The execution of the stock-exchange sequence has become famous.  Pudovkin portrays in extreme close shots the hysteria of the war profiteers, then cross-cuts to another kind of hysteria, to men in the war zone being mowed down by bursting shells, shivering in dugouts, killing and being killed, forcing the spectator to draw his own conclusion from the parallel cutting.”  (Jacobs)  Lindgren points out that this devise of intercutting two parallel scenes had been used by Griffith 12 years before in the modern story of social injustice in Intolerance.

Pudovkin used both professional actors and non-professionals.  Vera Baranovskaia, the worker’s wife had been brought from the Moscow Art Theatre to play in Mother.  The peasant boy is played by a peasant; the stockbrokers were all former stockbrokers, and Obolenski, the factory owner was a member of the former governing class.

The End of St. Petersburg is a brilliant example of the methods of Pudovkin but has not the unity or universal understanding of Mother which Pudovkin and the critics agree is his best and most moving film.  Mother should be available for showing to members in another Season.

A synchronized music score from
recordings will accompany the film

Nosferatu:  “You can see the beginnings of Murnau’s later techniques; the broad acting here undoubtedly led to great German performances such as Conrad Veidt’s; not true to book”—“Let’s have more of these early films”—“Not bad for its period; once you became accustomed to the ‘silent’ type acting it was fully convincing; seemed to have many experimental ideas which Murnau developed more fully in later films; restraint in handling of acting (not makeup) of vampire very good and added to convincingness of picture; but to anyone who has read the book it remains a mystery why it was deemed necessary to substitute a weaker story”—“The houses were charming”—“Whatever its merits in its own time relative to development of film technique, it now has little but historical interest; rather broken in sequence”—“Good of a ‘type'”—“Some shots pretty good, but on the whole rather poor”—“There were at least English captions; but corny from the word go; ludicrous instead of horrific”—“Some of photography very cleverly handled, but 83 minutes of such stylized melodrama seems of little value”—“Too draggy and sometimes ridiculous; not nearly as weirdly photographed as Fall of the House of Usher“—“A good film of its time although not to be compared with the great silent masterpieces”—“How deliciously dull, how delightfully insipid”—“Why?”.

Loony Tom:  “Excellent”—“Terrific”—“Wonderfully Chaplineque!”—“Enchanting!”—“A good relief”—“Good and can’t we have more like it?”—“Found Kermit Sheets’ antics annoying”.
Note:  In answer to many queries–Loony Tom was made in 1951.

Popcorn Story:  “U.P.A. has no peer in cartoon production; another excellent piece”—“Very humorous and cleverly done”—“Good”—“Very original and pleasing”—“Brisk, original and lively”—“So-so”—“Wonderful”—“Good but they have done and are doing better things”.

New Earth:  “Good documentary but message driven in so hard it finally dulled the effect”—“Needed more explanation or translation”—“Good, and still pertinent”—“Fine”—“Excellent but for the sad lack of English captions”—“Very graphic in telling of waste in a world of want”—“Though erratic in places, a very powerful picture”.

One member asks of those who objected to sound effects in Jeanne Ney:  “Are they just prissy and stuffy, have they no guts, no appreciation of vigorous ideas and new angles?  Don’t get into an ruts!  Try new ideas!  Have more sound effects when possible and shock the gang who can’t even take their buttermilk strait.  Good theatre uses everything to heighten the drama; no reason why good film shouldn’t do the same.

Another member asks:  “Must we put up with the uncouth boors who plough out before the end with nor regard for others?”

Still another, at great length:  “In view of the fact that a small section of the audience still hast he unmitigated effrontery and utter lack of common breeding to clump like cattle for the exits once they think they have guessed the ending, here is a suggestion:  Go the Hollywood Theatre one better and obtain two small rooms in the Museum in addition to the auditorium.  In the latter, the majority can arrive on time, sit in silence, and enjoy the films without interruption.  In the first added room, those who must arrive late or leave early (sometimes unavoidable after all) can do so.  In the last room the incorrigibles could be incarcerated complete with a popcorn machine, spittoons and anything else they might need to make them feel strictly at home.  Some theatres have “crying rooms” for mothers with infants; why not a similar setup for ill-bred adults?”

Although some cutting appears to have been done from the original version, and I’m not sure that the ending isn’t a touch of sentimental compromise added for Western consumption, the Japanese movie Rashomon remains a remarkable film tour-de-force; adult and intriguing in theme, acted with powerful expressiveness, superbly photographed, and directed by Akira Kurosawa with as brilliant and beautiful use of the medium as anyone has made in years.

It is important that the Society have notification of address changes.  Please contact 233 Grenadier Road, Ll. 7562, or Information Desk, Museum Lobby.