An Evening with Charlie Chaplin

The most succinct summing up of Charles Chaplin I can recall was his introduction to a gathering of British film people some years ago: “Gentlemen, I give you the greatest artist the cinema has produced.”

The print we are showing is incomplete, as it was originally a two-reeler.  I hope it includes the fight sequence, one of the most extraordinary examples of choreography in time and space ever put on film (and shot virtually without a cut).

Besides being one of Charlie’s funniest pictures, this provides an authentic glimpse at movie production methods of the time.

Charlie’s contribution to the war bond drive was released, ironically, just before his Shoulder Arms, perhaps the greatest humanist debunking of war we have yet seen. 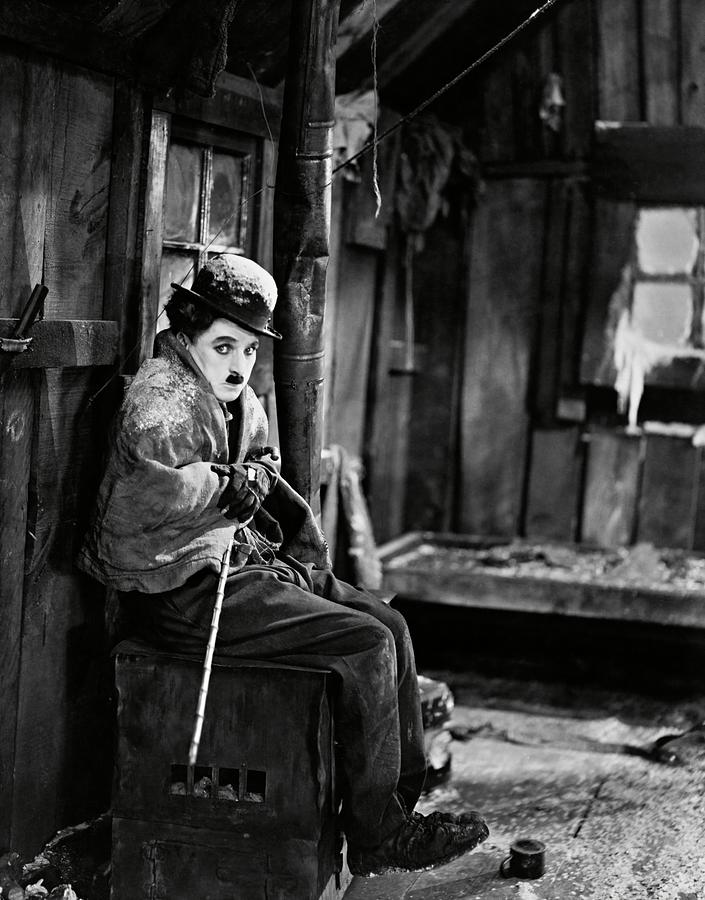 The opening of The Gold Rush in Winnipeg was a historic occasion–my first-ever Midnight Show.  The delicious excitement of being allowed to attend a movie at that ungodly hour was mixed with other feelings: anticipation of seeing Charlie Chaplin, of course; but one had read, here and there, murmurs that Charlie had gone arty on us; that he had listened too much to intellectual critics and was trying to “play Hamlet”; he was even accused of imitating Josef von Sternberg (whose gloomy, realist slum-drama Salvation Hunters Chaplin had admired and arranged for United Artists to release).  Some of these reactions may have been reinforced by the fact that the original prints carried the subtitle: “A Dramatic Comedy”!  Well, the show started, and of course no one need have worried.  At the first glimpse of the little Lone Prospector scurrying around the ledge of a snowy mountain, a mass scream of delighted recognition filled the theatre; from there on the happy laughter subsided only occasionally, that we might weep a little for the Prospector in his moments of sadness–a sadness that wasn’t at all arty but as tender and beautiful as we would have expected.

Surely there’s no doubt today that The Gold Rush stands as one of the best and funniest comedies of all time–in fact it was at the very top of the international critics’ poll that was the basis of the Festival of Laughter.  Certainly it has several of the screen’s most masterfully built and sustained comic sequences, and some of Chaplin’s best support–Georgia Hale’s strong and sympathetic dancehall girl, and especially the incomparable Big Jim of Mack Swain–one of film’s great grotesques at the peak of his form.  (Those who charge Chaplin with “hogging the show” in his films should study the business he gives Swain here, Jack Oakie in The Great Dictator, Martha Raye in Monsieur Verdoux and Buster Keaton in Limelight.)

During World War II, Charlie successfully re-issued The Gold Rush with sound-track consisting of music and narration–both by himself, both charming.  Tonight’s original silent version contains a bit of footage dropped from the sound prints–the closing business with Charlie, the girl and the photographer.