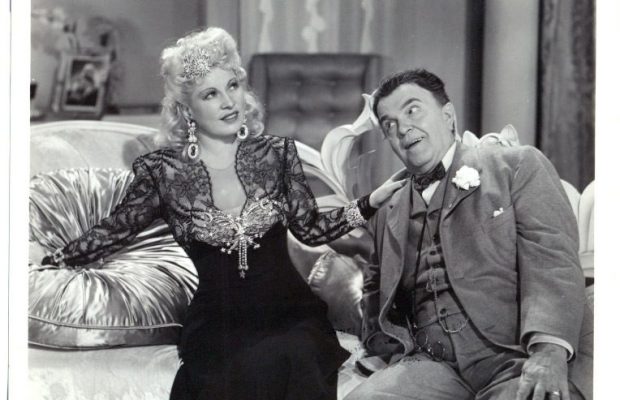 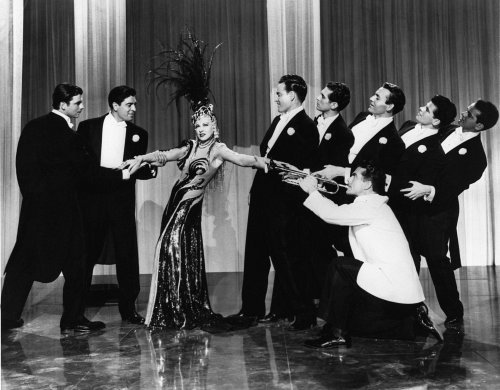 For a woman who only made a dozen films over the course of her long career, MAE WEST had a huge impact on 20th century society. She was one of the most controversial figures of her day, famous for her bawdy double entendres which both entertained and shocked audiences. Her material and performances prompted a great deal of censorship, but her personality won people over. She did things her own way, and was one of the first women to ever write the movies she starred in. Eventually, the censorship faded away and Mae prevailed, having loosened society’s constraints up considerably en route.

She was born Mary Jane West in 1893, the daughter of prizefighter “Battling Jack” West and his wife Matilda Doelger (a former corset and fashion model). It was a mixed marriage; her father was Irish Catholic and her mother was a Bavarian Jew. Though her parents converted to Protestantism, West always considered herself half Jewish. She liked to dance, and beginning at the age of five, she began winning talent contests. She became a professional vaudevillian at 12, with her mother’s support and encouragement, billed for a time as “The Baby Vamp.” West created her first big sensation in 1918 when she introduced the Shimmy, a dance she had seen performed at the black cafes in Chicago. It was an openly provocative dance that required hardly any movement of the feet but continuous movement of the shoulders, torso and pelvis. This was a far cry from anything else on the dance floor, and it hit a nerve with young postwar dancers eager for something new. Moralists were outraged. “Ev’rybody Shimmies Now” became a hit, and her photograph adorned the sheet music. It was her first taste of national notoriety, and it was all right with her.

Though her formal education had been sporadic, Mae liked to write. During the 1920s, she began writing her own plays. Her first starring role on Broadway was in the play Sex, which she also wrote, produced and directed. That title alone raised eyebrows in 1926. It was very popular and ran for about a year before the police raided West and her company. They were charged with obscenity – a little after the fact, since 325,000 people had already seen the play by then. She was sentenced to 10 days in jail for public obscenity. While incarcerated on Roosevelt Island, the warden reportedly took her to dinner every night. She served eight days, with two days off for good behavior, and the publicity made her career skyrocket. West regarded talking about sex as a basic human rights issue, and her subsequent plays continued to poke at convention. Controversy over them kept Mae in the news. She was as well known as any President or Pope, a notorious public figure before she ever made a movie. 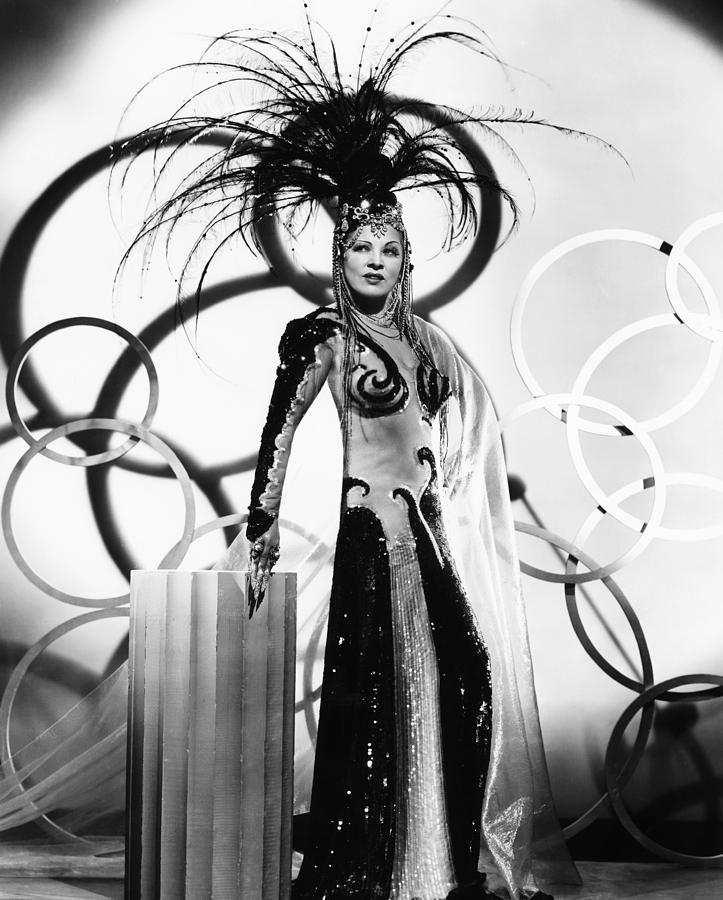 West was signed by Paramount Pictures in 1932. She was then 38, an advanced age for a movie sex symbol, but she had remarkable skin and her much younger appearance was a notable feature for the rest of her life. At first, she did not like her role in Night After Night, but was appeased when she was allowed to rewrite her scenes. Reflecting on the overall result of her rewritten scenes, her co-star George Raft remarked, “She stole everything but the cameras.” It paid off; this film and the ones that followed were big hits, and saved Paramount from bankruptcy. She became the biggest box office draw in America. But the frank sexuality and steamy settings of her films aroused the wrath of moralists and they fought back. In 1934, the new Production Code began to be seriously and meticulously enforced, and from then on Mae’s screenplays were heavily edited. Her tactical response was to increase the number of double entendres of her films, keeping the censors busy deleting the most obvious lines and overlooking the subtle ones. It was an ongoing battle, but she relished the challenge. Years later, she remarked, “I believe in censorship – after all, I made a fortune out of it.”

Mae’s last film during the studio era was 1943’s The Heat’s On. She agreed to do it only as a favor to the producer, and had no part in writing this one. After completing it, she left movies and turned her attentions back to the stage. Until her comeback films decades later, Myra Breckinridge (1970) and Sextette (1978), she worked on Broadway, in Las Vegas and on television. She even recorded two rock and roll albums. She also appears on the famous cover of the Beatles’ Sgt. Pepper’s Lonely Heart’s Club Band, though at first she declined, saying “What would I be doing in a lonely heart’s club?!” She reconsidered when the Beatles sent her a handwritten personal request.

Mae West died in 1980, after suffering a series of strokes, still content with the controversial choices she made throughout her life.