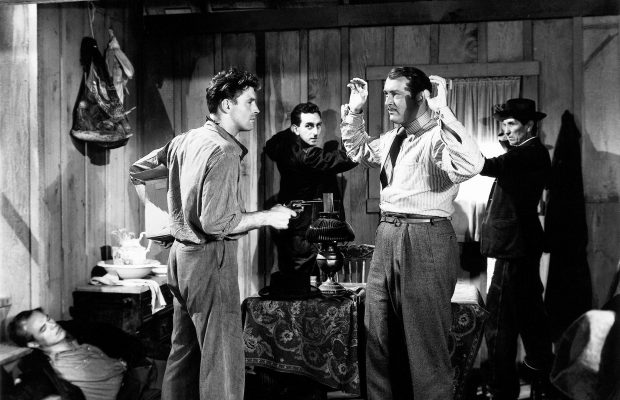 Toronto Film Society presented The Killers (1946) on Sunday, October 5, 1986 in a double bill with Flesh and Fantasy as part of the Season 39 Sunday Afternoon Film Buffs Series “A”, Programme 2.

If Duvivier is a case of a European director who more successfully adapted to Hollywood for his relatively brief stay there than his much greater compatriots, Renoir and Clair, largely abandoning the Frenchness of his style, then Robert Siodmak (1900-73) is a case of a very Germanic director who achieved even greater success in America, without losing his UFA style of angled shots and dark shadows: he is, indeed, the very vater of film noir.  His directorial debut, which almost no one could thereafter have lived up to, was the famous Menschen an Sonntag, which began the career of many filmmakers, including especially Billy Wilder.  With the coming of the Nazis, Siodmak moved to France, then in 1940 to Hollywood, where his first major success was one of the cornerstones of noir, based on one of the form’s principal literary progenitors, Conrell Woolrich–Phantom Lady (1944).  Over the next few years he established himself as a consummate master of the dark, suspenseful thriller, and of the vision associated with the masterpieces of film noir, with such films as Christmas Holiday (in which he daringly cast Deanna Durbin against well-entrenched type), The Suspect, The Spiral Staircase, The Dark Corner.

Fitting neatly into this category is The Killers, certainly one of his masterpieces.  Hemingway’s short story is a laconic piece, with the victim of the murder waiting in his room throughout the action, passively, for his death.  Why he is to be killed, we do not know; his state of mind is the object of our undivided attention.  The film’s producer, Mark Hellinger, supplied the movivation; Swede is killed in the first ten minutes of the picture, and the ensuing hour and a half, through the eyes of the inquiring insurance agent, Edmond O’Brien, is a series of flashbacks probing the reasons for the killing. 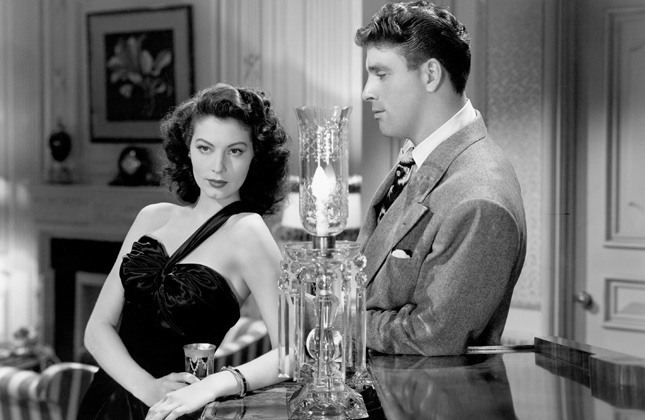 As with Flesh and Fantasy, the acting performances in The Killers are strong, though the honours belong to two at the beginnings of their careers.  This was Burt Lancaster’s first film role, and Variety liked it: “He does a strong job, serving as the central character around whom the plot revolves.”  The New York Times was rather more measured in its assessment of the picture, sniffing at the “pernicious folks” who peopled it, but it singled out Lancaster’s performance for special praise: “a lanky wistful imitation of a nice guy who’s wooed to his ruin.”  Wooed to his ruin he is, and by another youngster whose career would be just as long and distinguished.  Ava Gardner had made twenty previous films, but this was her first major one, and over the next few years she would achieve a fuller stardom with One Touch of Venus, The Bribe, East Side West Side, Show Boat.

Looking back from 1964, a different writer for the Times called The Killers “probably the screen’s most successful attempt to capture the Hemingway mood.”  While the screenplay does capture the Hemingway vision of the emptiness of life, the rapacity of the individual, and even the flavour of the dialogue, this may be due less to the screenwriter of record, Arthur Veiller, than to his uncredited collaborator, John Huston, one of the most literary of all film directors, and one of the closest in spirit to Papa himself, in both life and art.

Endnote:  TFS members may be interested to know that our founders, Oscar and Dorothy Burritt, receive mention in Canada: From See Unto Sea, published by Loyalist Press Limited, 2233 Argentia Road, Suite 302, Mississauga, Ont., L5N 2X7, $65 up to October 16, 1986; $85 thereafter.