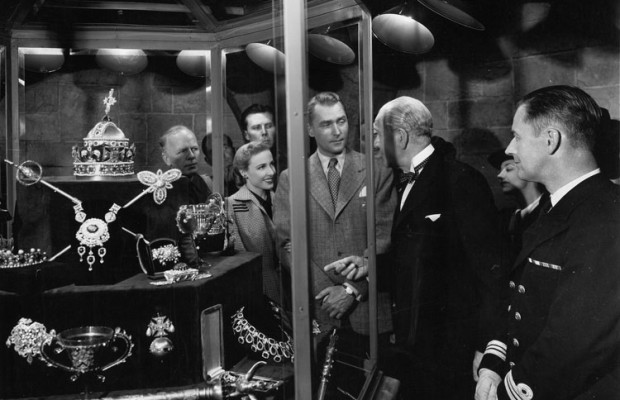 Toronto Film Society presented The Locket (1946) on Monday, August 12, 2019 in a double bill with Johnny O’Clock as part of the Season 72 Summer Series, Programme 5.

Toronto Film Society presented The Locket (1946) on Monday, November 13, 1978 in a double bill with San Francisco as part of the Season 31 Summer Series, Programme 3. 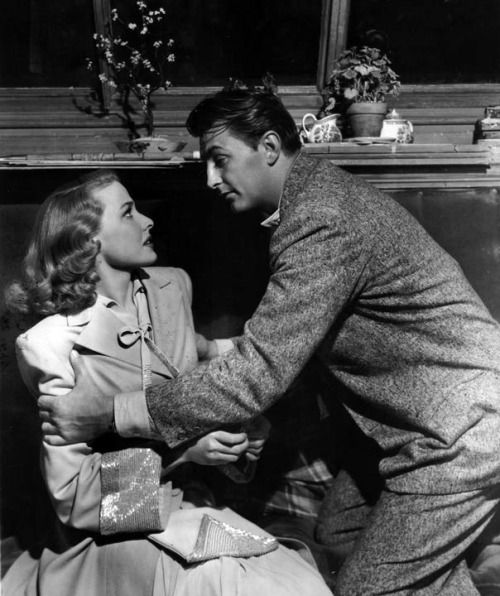 The first time I saw The Locket was on TV.  I think, probably like most people who have seen this film, the most surprising thing about it, besides the very interesting story line, was the innovation of flashbacks within flashbacks and then, how well it worked.  Since then, I’ve watched this film a number of times, but if you’re like me, details fade fast and I’m usually always up to rescreening a much-loved film.  And this is one of them.

Robert Mitchum is always a favourite even though I think he’s miscast as an artist.  But see what you think.  There’s Reginald Denny, who’s role I can’t even remember!  But who I need to closely observe this time ‘round is one of my pre-Code favourites, Ricardo Cortez.  I know who he plays, but he’s different, a victim rather than a villain.  Cortez’s role is small, sixth-billed, but he was impressed with director John Brahm’s ability and gratified by the respect shown him by members of the cast, particularly Laraine Day, who had idolized him since childhood, and had suggested him for the role.

Originally titled What Nancy Wanted, the script was first penned by Norma Barzman, the wife of blacklisted scenarist Ben Barzman, and purchased by actor Hume Cronyn, who had hoped to direct the film with wife Jessica Tandy as the star.  When this didn’t pan out, Cronyn sold the screenplay to RKO, and Sheridan Gibney was assigned to tighten up the screenplay.

Laraine Day must have had a field day playing against so many attractive leading men.  Besides Mitchum, there’s Brian Aherne and Gene Raymond.  Olivia De Havilland wanted to play this role but producer Bert Granet’s friendship with Laraine overruled this box office consideration, and the film would turn out to be Day’s best part and the most interesting performance of her career.

Granat also decided to borrow director John Brahm from 20th Century Fox, saying, “At Fox he had done a very good suspense picture about Jack the Ripper called The Lodger.  He was a German—but not too German—and I thought he would be good to direct this and give it some of that same atmosphere he had in The Lodger.  And we had Nick Musuraca, a marvelous cameraman.”

The camaraderie was good, with the cast invited to spend one day on the Brahm’s small horse ranch in Malibu, while another weekend they were invited for dinner at the home of Gene Raymond and his wife Jeanette MacDonald’s.

However, there was some tension between Mitchum and Day.  They had been colleagues back during their early days at the Long Beach Depot Theater and Laraine was pleased when she heard he had been cast in this film with her.  But when she approached him off-camera, he cut her dead.  Years later Laraine found out that Mitchum had been nursing a grudge, that he believed she had snubbed him once, at Schwab’s drugstore, when she had made it in the movies but he was still considered a nobody.  Day’s recollection was that he had acted strange which might have been due to the fact that Mitchum smoked marijuana in his younger days.

But back to the flashbacks.  There were many films which made use of them, including the earlier 1945 I Love a Mystery which I just saw over the previous weekend, containing a flashback within a flashback.  As well, four of Mitchum’s next five films, made extensive use of them. Bert Granet remarked, “That complexity was really what enticed me to the material.  It was like an enigma within an enigma within an enigma.  It was an enticing script by Sheridan Gibney…maybe more so than the picture itself.”

So, with this, especially if you have never seen The Locket, please enjoy!

Sourced from Robert Mitchum: “Baby, I Don’t Care” by Lee Server (2001) and The Magnificent Heel: The Life and Films of Ricardo Cortez by Dan Van Neste 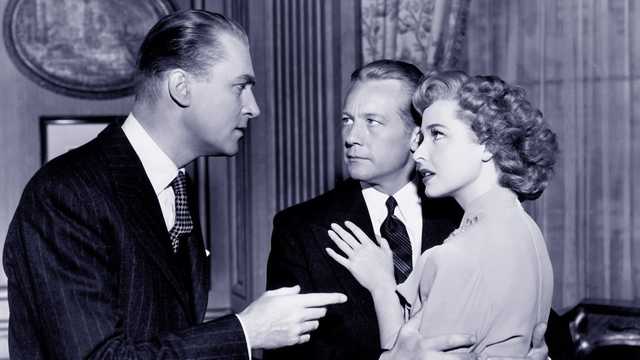 The Hollywood psychiatrists are hard at work probing the recesses of the human mind once again in The Locket, which opened yesterday at the Palace. The new attempt to dramatize why it is that some outwardly normal people are subject to irrational impulses comes off as rather ponderous entertainment, but there is no denying that the film contains a fair measure of morbid interest. And, unless the fad for so-called psychological drama has passed its zenith, The Locket should enjoy much the same popularity as its numerous predecessors. For this film has much the same virtues and faults of those others; perhaps even a few more faults, since neither Laraine Day nor Robert Mitchum display any discernible understanding of the characters they play. As the protagonist who is a snare and a delusion for at least three men, it is revealed that Nancy suffered a severe psychological shock as a girl, when she was accused of stealing a locket which she had greatly desired to possess. That she didn’t actually steal the locket is impressed upon the audience quite early by Sheridan Gibney, the author, as is the idea that if one desires something strongly enough, that desire will be eventually gratified. This is a presumption, of course. Yet this is the premise the author uses to build a case of progressive insanity in a girl who, by lying and cheating with manifest charm and innocence, causes one man to die for a murder he didn’t commit; a second man to commit suicide, and drives two others to the depths of despair…. Aside from a fundamental weakness in the script—even if the author’s premise is sounder than we think, it still is not developed with convincing logic—The Locket suffers from a studied slowness in pace. John Brahm, the director, was forced by the script to resort to extensive flashbacks which give the film an episodic quality. However, despite its numerous weaknesses, The Locket picks up momentum during the last half of the story, and that may be sufficient to satisfy some people.” 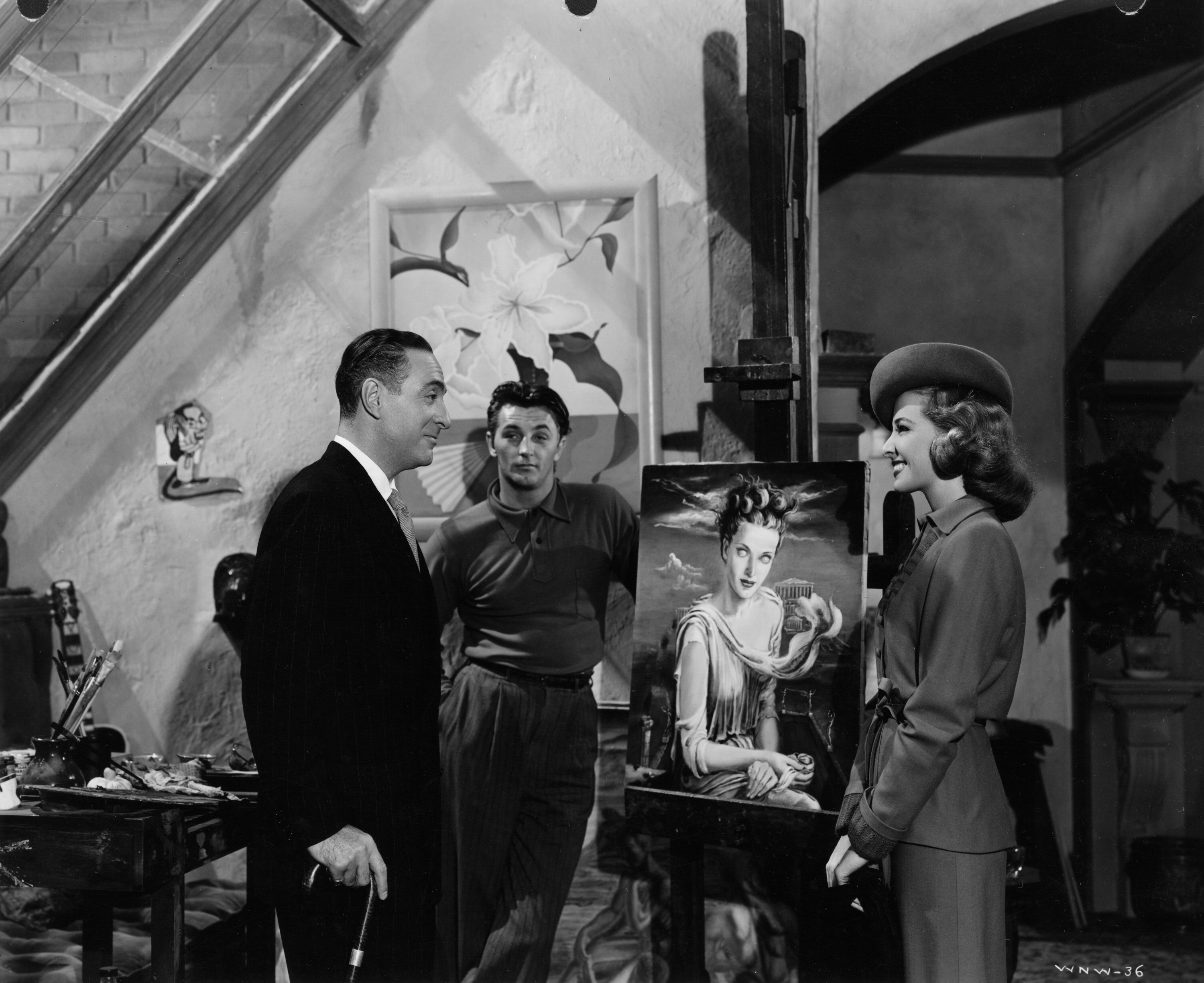 It is interesting that reviewers in the 1940s often complained about movies constructed in “flashback” form, since nowadays we think of such continuity devices as being happily redolent of that decade’s rather sophisticated film style. But Britain’s Kine Weekly was even more perplexed than The New York Times, and demanded an end to it all: “The tangled tale is unfolded in relays of flashbacks in which one or other of the leading characters acts as narrator, and eccentric continuity causes its main thread to be lost. It’s time retrospective treatment and presentation were given a rest.” (Still, the dreaded flashbacks carried on for a year or two more, before going out of vogue.) John Brahm (born 1893) had an interesting career; at first in European and British films, working under his real name of Hans Brahm. His often macabre Hollywood subjects included two “gothick classicks” [sic] with Laird Cregar, The Lodger and Hangover Square. Just before The Locket, he guided the young Anne Baxter through a remarkable display of juvenile malevolence in the stylishly twisted Guest in the House.