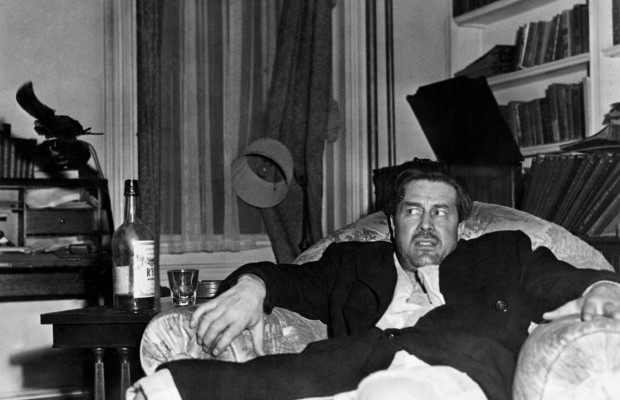 This is the most famous of the Chaplin-Mutual pictures.  Though not as hilariously funny as some, it has the most cleverly worked out story, with overtones in which some have read social criticism and others satire on puritanism. – From Charlie Chaplin by Theodore Huff

Charlie exchanged his cane for a policeman’s billy club in this film.  He made an interesting point in the film when he, a short, thin man, outwitted a big bruiser.  Nowhere is Chaplin’s respect for the ability of the “little man” more evident than in his portrayal here.

Charlie, a loveable little tramp, ambles into a mission, stealing the collection box en route, only to be reformed by the beautiful mission worker (Edna Purviance).  The converted derelict then decides to help clean up “Easy Street” where continuously brawling gangsters have taken over, and for this purpose he joins the police force.

The encounters of the little cop with the big bully (Eric Campbell) and the methods he uses to subdue him are among the funniest scenes in the film.  In another hilarious scene Charlie receives a shot of dope by accident, which turns him into a superman, who rescues the damsel in distress, with the utmost ease.

The final subtitle, “Love backed by Force, Forgiveness sweet, Bring Hope and Peace to Easy Street” is aptly followed by a procession of reformed ruffians to the New Mission. 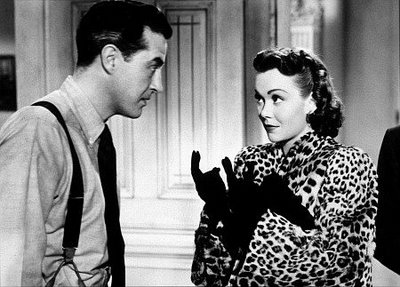 “After Double Indemnity, Wilder made The Lost Weekend, the film which, at the age of thirty-eight, brought him into the top class of directors.”  Though Charles Brackett has said “The Lost Weekend was the easiest script we wrote, thanks to the superb pattern of the novel”, Wilder has pointed out that “The Studio was against it right from the start”.  The Lost Weekend was a daring film in 1945.  Alcoholism as such had not been treated on the screen before and the film did nothing to sugarcoat the grim tale of a man tortured by drink.  “Representatives of the whiskey interests protested on the grounds that any depiction of a five-day binge would prejudice audiences against their product.  At the same time, Prohibition groups protested on the grounds that it would incite drinking.  Wilder and Brackett ignored them…The whiskey interests announced that a film like The Lost Weekend would be a great boon to producers of the better brands, for Don Birnam drinks the cheapest stuff he can buy, and the Prohibitionists were happy because the film was a lesson on the evils of drink.”

“Ray Milland’s portrayal of Don Birnam, the pitiful, congenital drunk, was the best performance so far in his career, and he had to live with it for years.  In a Life interview two years after the shooting, he told of a harrowing hangover–of incidents of barkeepers, sailors and passers-by taunting and ridiculing him, of columnists inventing constant gags like “Milland has invented a new type of home bar”.  There was also pathetic letters from drunks.”

“Wilder experimented with pace in The Lost Weekend…The film is slowly paced to enhance the dramatic effect of this weekend of Birnam fighting his craving in some of his calmer moments, then yielding.  When he succumbs, nothing stands in his way.  He pilfers money left for the housemaid, tries to sell his typewriter, attempts to steal a wallet in a cocktail lounge.  Finally, he pawns his girl’s coat to buy back a gun.”

“During the shooting, the studio, newspapers and friends of the principals were against it.  The Los Angeles Times felt Wilder was risking his future, financial and artistic, and friends of MIlland said he was committing professional suicide.  But once the film was released, the tune changed.  Life called it 1945’s best movie, and The Lost Weekend took four Academy Awards–to the film itself for being the year’s best, to Milland for acting, to Wilder for directing, and to Wilder and Brackett for best screenplay.” – Quotations from Billy Wilder by Axel Madsen 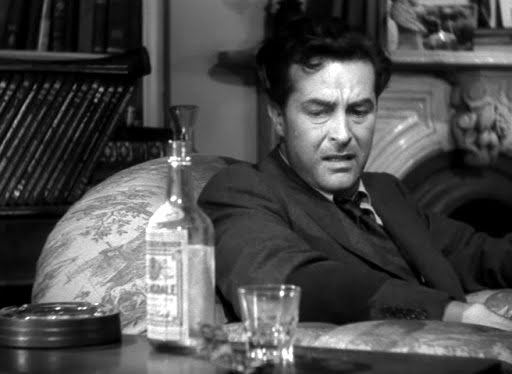 Although critics have generally been unanimous in their praise for Ray Milland and for the atmospheric sights and sounds of New York City, a good many other aspects of the film have fostered disagreement.

In the novel [the story] is told in a series of implications rather than statements…The film, though it makes good use of the flashback, proceeds far more directly.  What, in fact, the writers of the screenplay, Brackett and Wilder, have done is what all imaginative writer-adaptors should do always: translated into terms of the cinema…When its powerful spell has worn off, one sees that the film is a realistic interpretation of a work which is partly poetic. – Dilys Powell

…In many ways a disappointing adaptation, which failed to transmit to the screen the subtleties of the original…Much admired by the aesthetes, it caused a sensation because of its subject…but it was not step forward for Brackett and Wilder. – Richard Griffith in The Film Since Then

Wilder’s command of physical detail…was to be as strikingly displayed in his next film The Lost Weekend, set in an equally brutal and heartless urban world.  Don Birnamm is a once promising writer whose inner conflicts (in Charles Jackson’s novel he is a homosexual) drive him to the bottle.  Apart from a clumsily introduced flashback showing how he met his girlfriend (Jane Wyman), the script concentrates on Birnam during four days of agony, following him to a hospital, his favourite bar, dirty streets and rooms dominated by huge foreground objects.  …There are some irritating concessions to box-office (notably a floozie, played by Doris Dowling, who flirts with Birnam) and some unnecessarily sensationalized episodes underlined by Miklos Rosza’s raucous score.  But the long episodes in which Birnam is alone obviously fascinate Wilder the most, and these are observed with cold detachment…The camera noses about everywhere…One virtuoso sequence takes place in Harry and Joe’s Bar, Birnam stealing a purse, a sad little pianist moaning “Louise”, then the waiter throwing him out as the pianist leads the crowd in “Somebody Stole My Purse”!  The Wilderian version of people’s reaction to a man desperately sick and in need of help is as cruel as ever; the odiously jocular male nurse (“Good morning, Mary Sunshine!”), the people in Harry and Joe’s, the bystanders on Third Avenue.  All these people are brilliantly sketched in, scrupulously directed and played, whereas the limp, indifferent figures of Birnam’s girl and his brother obviously bore the director.

The whole film stands or falls on the portrayal of Birnam himself, and here the writing is consistently good until the last-minute concession which gives him a new chance.  Birnam’s weakness–he dwells on small-time past successes–his cravings for oblivion and overdone literary speeches, are excellently conveyed, with Ray Milland’s performance suggesting the charm, the softness, to perfection. – The above description is from Charles Higham’s article Cast a Cold Eye in Sight and Sound, Spring 1963.

In Hollywood in the Forties, co-authored by Mr. Higham and Joel Greenberg and published last year, the emphasis, again, is different:

The Lost Weekend…is probably the Forties’ most famous problem picture and today loses little of its power…its box-office concessions…can be forgiven.  What is retained mattered more: a detached compassion, a clinical sympathy for its neurotic protagonist…

…Two climactic passages, which occur respectively in an alcoholic ward and at Birnam’s apartment during a fit of delirium tremens…are both “big” scenes, helped considerably by Miklos Rosza’s theremin-dominated score.

Yet other sequences convey Birnam’s agony even better:  his attendance at a performance of “La Traviata” as, during the Drinking Song, shots of his increasing discomfiture are intercut with shots of the onstage singers’ mock-joyous abandonment to drink, in an editing juxtaposition of which Pudovkin would surely have approved; his attempts to pawn his typewriter on Third Avenue; and, in particular, the scene in Harry and Joe’s Bar…

Wilder has seldom used his camera more daringly, almost immersing it in a glass of whisky, having it contemplate a giant closeup of Milland’s opening eye, or stare glumly at the ceiling of the alcoholic ward.  Telephones, overturned lampshades and, of course, bottles loom menacingly in the foreground of the compositions, while John Seitz’s New York exteriors capture in drab greys and blacks a city stripped of glamour and allure. 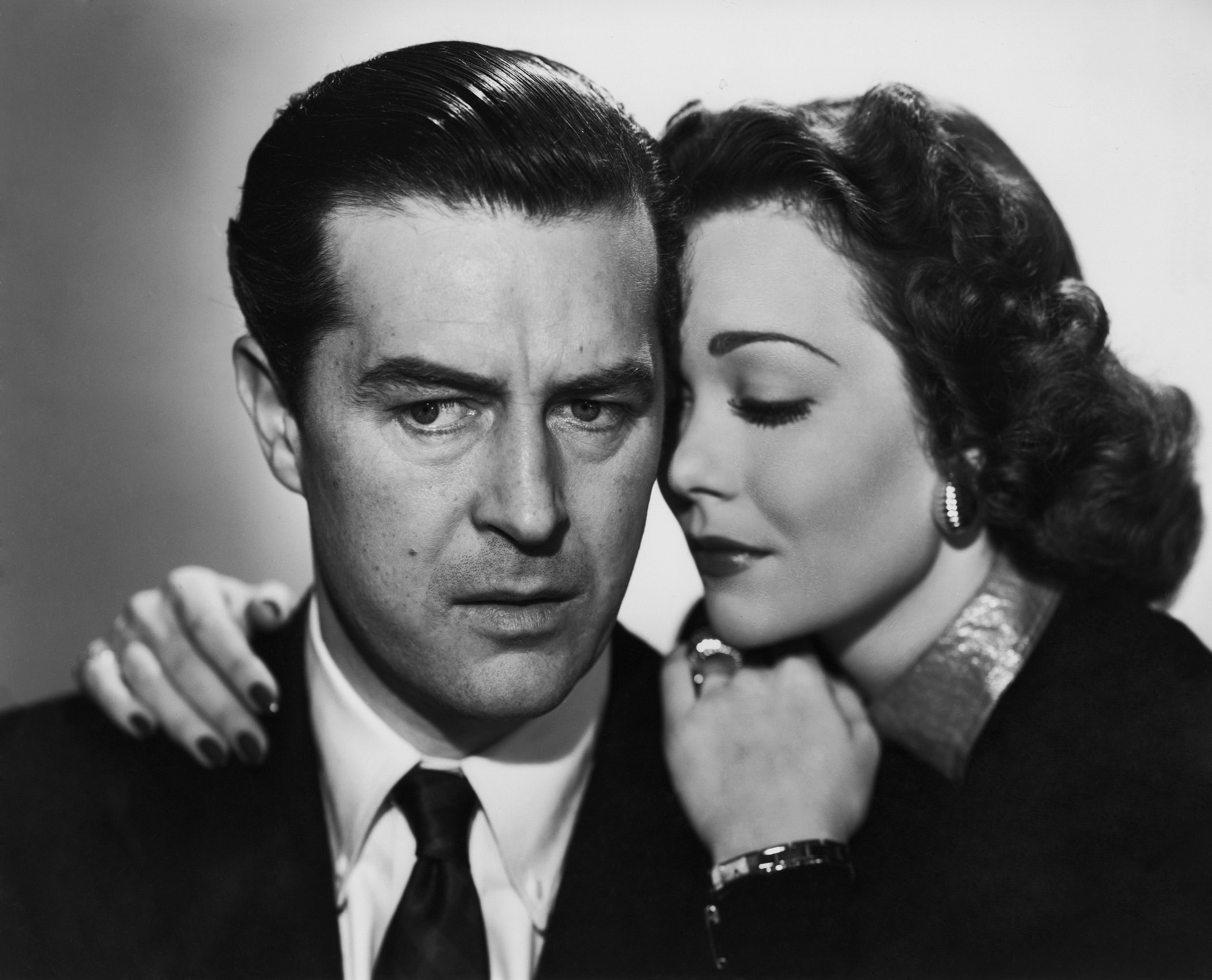 A Note on Some of the Actors

Besides providing Ray Milland with the meatiest dramatic role of his career, The Lost Weekend also gave three other actors roles which have remained amongst the most memorable of their screen careers:  Doris Dowling (Constance’s sister) never had another part as vivid as that of “Gloria”, though some movie buffs may also remember has as Alan Ladd’s sluttish wife in The Blue Dahlia; Frank Faylen‘s blood-chilling portrayal of Bim, the sadistic male nurse, stands out in a long ine of mainly sympathetic roles as everything from labour-organizer (The Grapes of Wrath) or cheerful bog (The Fleet’s In, Star Spangled Rhythm), to taxi-driver (It’s a Wonderful Life) and, most recently, the flaming-haired manager of a vaudeville theatre in Funny Girl.  On the other hand, for Howard da Silva, the best known of these three actors, the role of Nat, the bartender, was one of only a handful of sympathetic parts he has played in films (others were as Eve Arden’s husband in Three Husbands and as the psychiatrist in David and Lisa) amid a long line of “heavies”, both modern (The Big Shot) and costumed (Unconquered), perhaps the most memorable of which was his characterization of “Chickamaw”, the jealous, keyed-up, one-eyed, alcoholic bank-robber in Nicholas Ray’s They Live By Night.

And last, but not necessarily least, in spite of Mr. Higham’s opinion of the “limp, indifferent” figure of Birnam’s girl, The Lost Weekend gave Jane Wyman one of her first straight dramatic roles.  Previously her home studio, Warner Brothers, had limited her to light comedy and the occasional featured spot in a musical, but from Weekend she joined the ranks of Ann Sheridan, Ginger Rogers, Rosalind Russell, Bette Davis, Olivia de Havilland and Joan Crawford, winning Oscar nominations from The Yearling (1946), The Blue Veil (1951), and Magnificent Obsession (1954), and copping the Oscar itself for Johnny Belinda (1948). 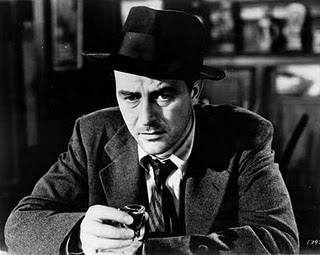 Writer-producer Charles Brackett won three Academy Awards in all, all for screenplays (The Lost Weekend, Sunset Boulevard and Titanic), and for six years was President of the Academy of Motion Picture Arts and Sciences.  He died last March at the age of 76.

Novelist Charles Jackson committed suicide in September of last year, at the age of 65, by taking a massive overdose of barbiturates.