There is a certain type of film which is uniquely English, and takes advantage of certain character traits.  In this regard, The Tawny Pipit is a classic.

The film reflects the British sense of fair play, the concern for the underdog–or, in this case, the “under-bird”, a rare species nesting near a village in wartime England.  Typically, it involves a case of “them against us”; them being the army who want to conduct tank drills near the birds’ nesting site, and the farmers who want to plow the fields. 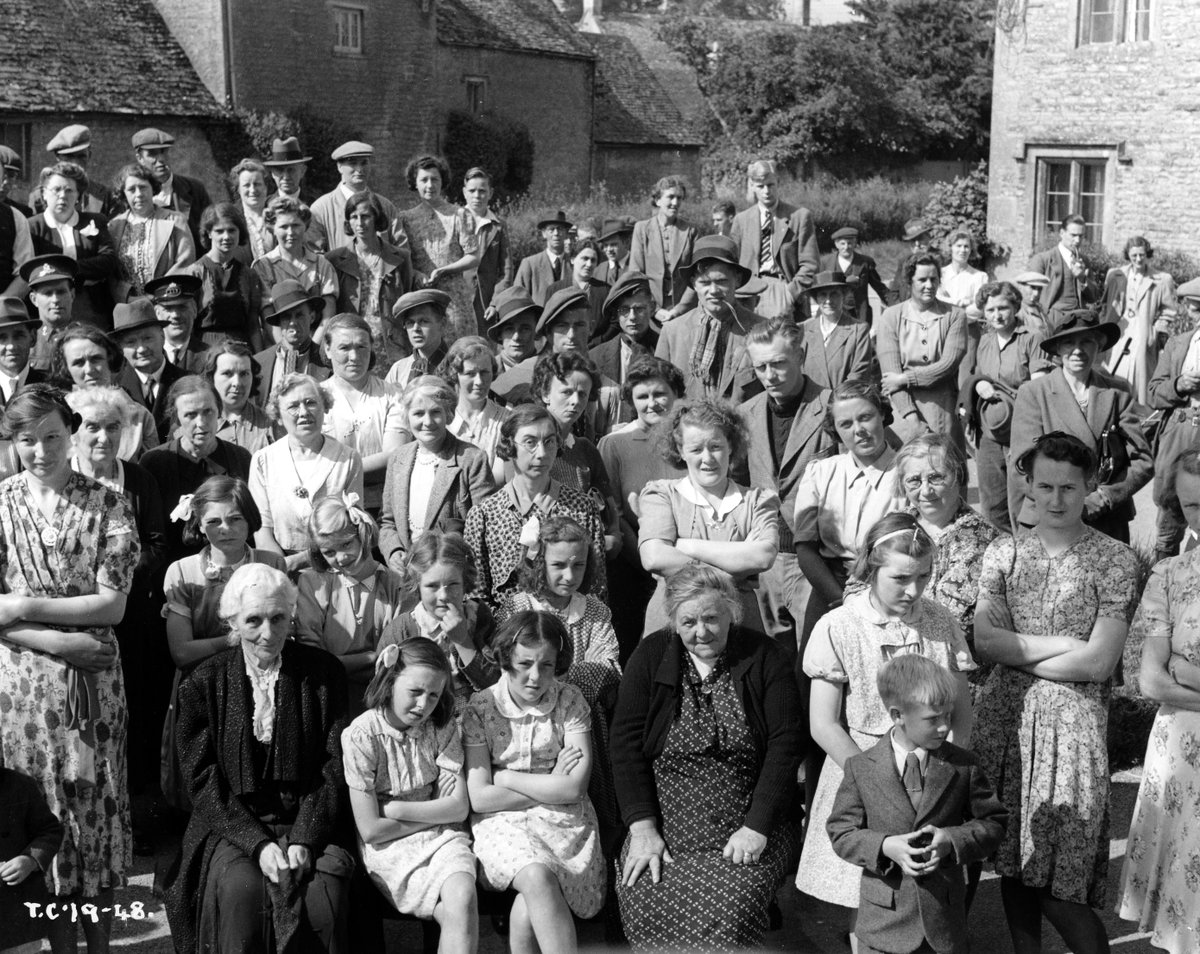 This theme, of people against the thick-headed and often bureaucratic authority, surfaced time and again in British films, especially the postwar ones: for example, The Titfield Thunderbolt, the tale of a group of villagers trying to keep their local railway branch line from being closed down.  This picture represented the British passion for old things, and tradition, in this case a vintage locomotive.  As in The Tawny Pipit and many other films, the clergy came in for some good-natured kidding.

Perhaps that was the heart of such films, and the reason they were so enjoyable; they had a pleasant mood to them–even the adversaries were invariably depicted as dumb and self-centered rather than downright evil and malicious.

Most of tonight’s film takes place in and around a village, and provides ample opportunity for various ‘types’ to come on view: a nurse, a vicar, a convalescent pilot.

Of the cast, Rosamund John was probably the best known.  She appeared in many films of the 40s, including 1942’s The First of the Few, as Leslie Howard’s wife.  Lucie Mannheim will be remembered by Hitchcock fans as the woman who is found stabbed to death in Robert Donat’s apartment early on in The Thirty-Nine Steps.  Bernard Miles was also a major star of the era, appearing in many classic films, the best being In Which We Serve, as an officer on Noel Coward’s destroyer.  Miles also appeared in a Hitchcock film later in his career, as an assassin in the 1956 film The Man Who Knew Too Much.  (Listed at the end of the credits is one Ian Fleming–presumably not the creator of the James Bond novels…)

While The Tawny Pipit appears to be a glorification of ornithology, it in fact reveals an interesting and appealing view of traditional British country life at a time when moviegoers certainly needed an infusion of pastoral, idyllic values.  Variety noted that: “Under the spell there is nothing unbelievable in the rallying of the whole countryside to protect the ‘friendly aliens’.” (May 31, 1944)

So, sit back, relax and enjoy a film that is as uniquely English as cricket and rugger.